Dollar’s post CPI selloff continues today and remains generally weak. For now, Swiss Franc is the second worst performer for the week, followed by Euro. Commodity currencies are the strongest, with Aussie overtaking Canadian. Sterling is mixed for now. Other markets are mixed for now, with Asian stocks lacking a clear direction. Global benchmark yields are retreating slightly. Gold and Silver, though, are firm together with oil. 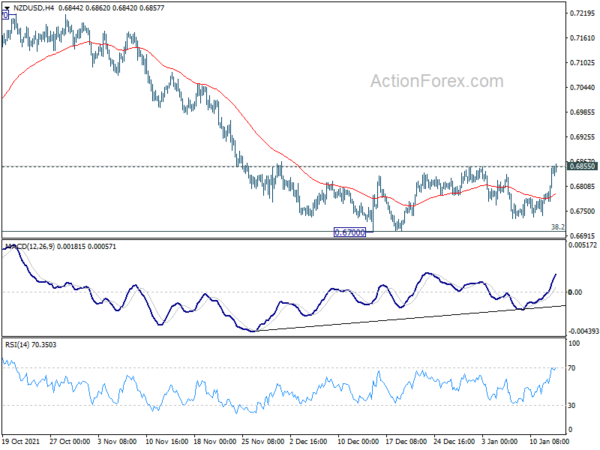 However, sustained break of 93.97 will argue that rise from 89.20 has already completed at 96.93. The three wave structure in turn suggests that it’s a correction to the down trend from 102.99. Such development, together with the index back below 55 week EMA, would be rather bearish and could set up another medium term fall through 89.20 later in the year. 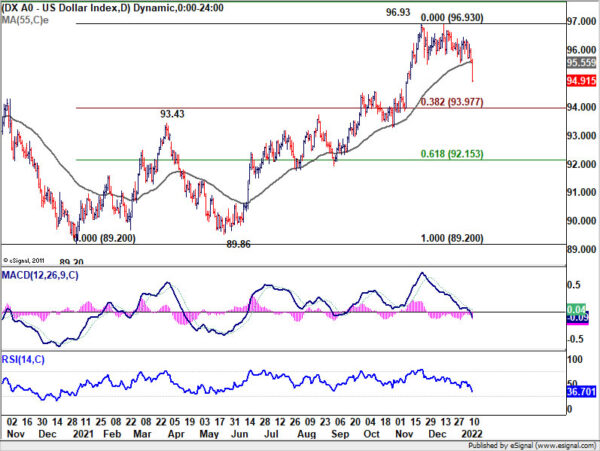 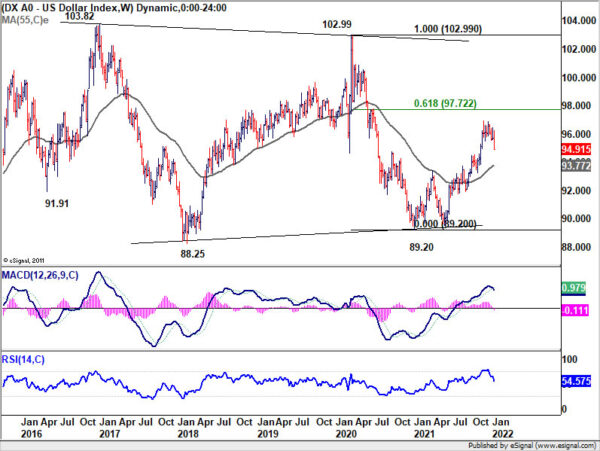 St. Louis Fed President James Bullard said Fed “could begin increasing the policy rate as early as the March meeting in order to be in a better position to control inflation.” He added, ” it makes sense to get going sooner rather than later and so I think March would be a definite possibility.”

“We need to risk manage here. We need to be prepared for the case where inflation does not moderate as much as hoped and instead the Fed has to come in and move inflation closer to the 2% target. How much the Fed has to do and how much natural moderation there will be is very much an open question,” he said.

San Francisco Fed President Mary Daly said inflation is “uncomfortably high” in the US. And, it’s time to “start removing some of the accommodation we’ve been giving to the economy,”

“I definitely see rate increases coming, as early as March even,” she noted. But she didn’t want to predict the number of rate hikes needed for this year.

Fed Brainard: Policy focused on getting inflation back down to 2%

In the nomination hearing for Fed Vice Chair position, Lael Brainard said, “we are seeing the strongest rebound in growth and decline in unemployment of any recovery in the past five decades.”

“But inflation is too high, and working people around the country are concerned about how far their paychecks will go,” she added. “Our monetary policy is focused on getting inflation back down to 2% while sustaining a recovery that includes everyone. This is our most important task.” 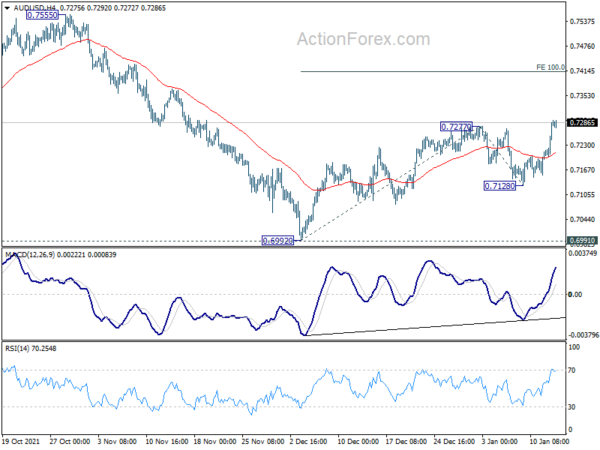 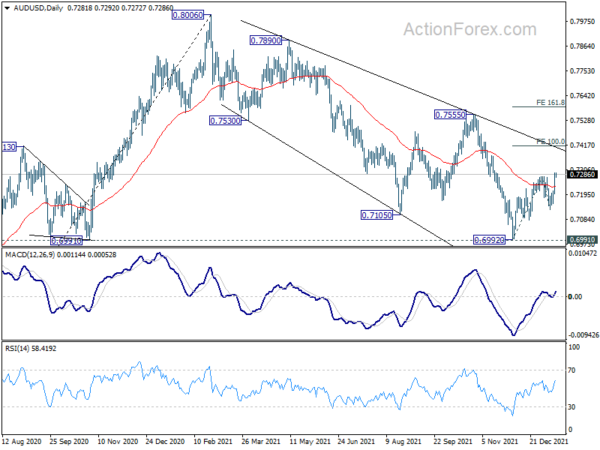