Dollar is trying to extend near term rebound with help from surging treasury yields and risk-off sentiments in stocks. But Canadian Dollar is still outshining slightly, as support by oil price rally. Aussie and Kiwi are soft, but selloffs are mainly centered around European majors. Euro is particularly weak as it looks set to resume recent down trend against Sterling and Swiss Franc too.

Technically, Yen is also trying to firm up too, even though it’s lagging behind the greenback and Loonie. A focus will be on 129.59 support in EUR/JPY. Sustained break there will dampen our original bullish view of near term reversal. That would indicate that rebound form 127.26 has completed at 131.59 already, and bring deeper fall back to this low. That could be a prelude to more Yen strength elsewhere. 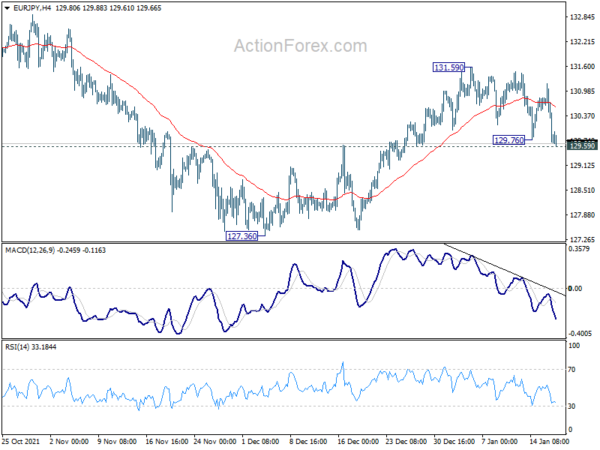 Major US stock indexes, particularly the NASDAQ tumbled sharply overnight, while benchmark treasury yields surged. Investors are still in the process of adjusting to the evolution of a more aggressive Fed in terms of stimulus withdrawal. At the same time, it’s unsure when the no-longer-transitory inflation would start easing down, and Fed’s response to that. 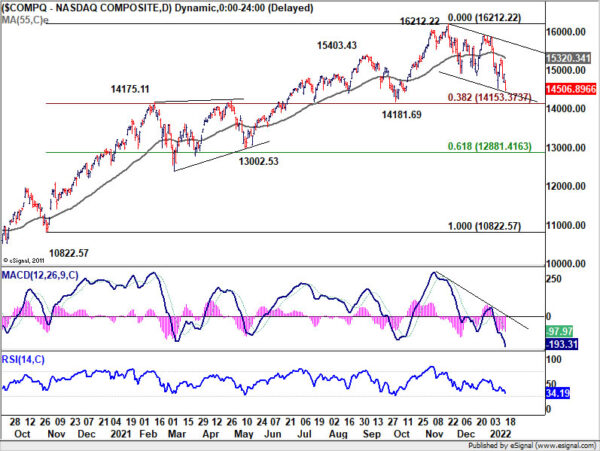 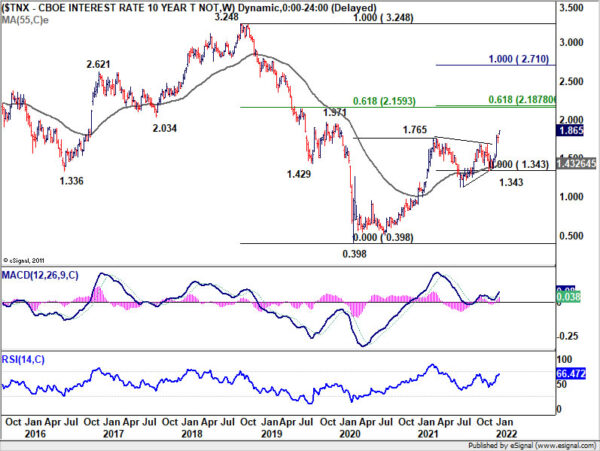 WTI crude oil surged through a key resistance overnight and hit the highest level since 2014. The outage of Turkey’s  Kirkuk-Ceyhan pipeline after an explosion was a factor causing concerns over supplies. In the background, there are also geopolitical issues surrounding Russia. 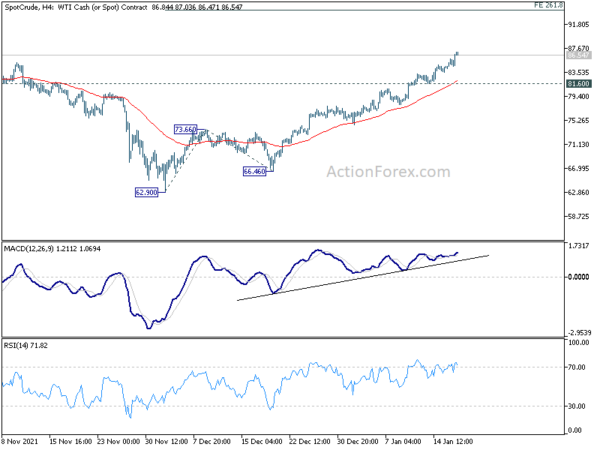 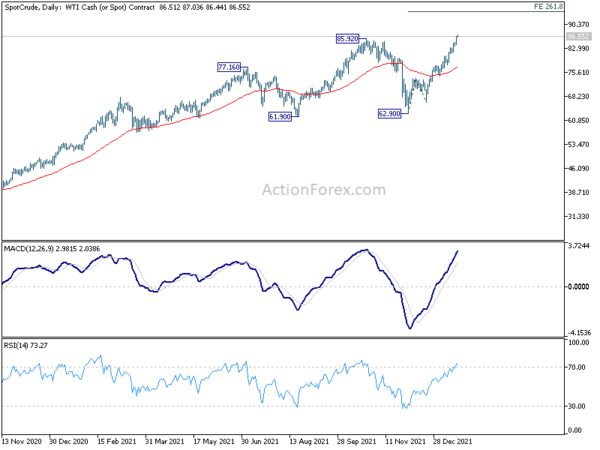 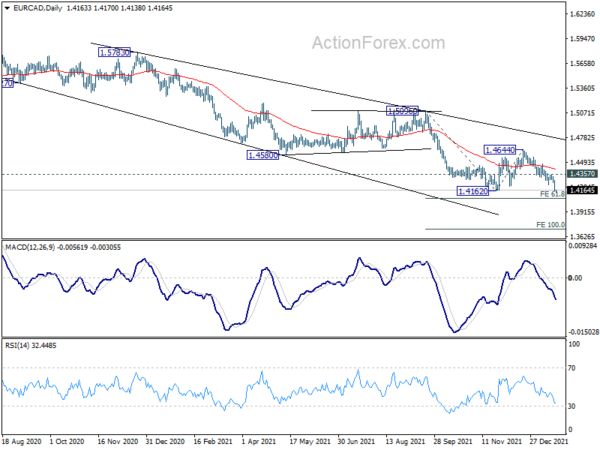 The ‘economic conditions, next 12 months’ sub-index dropped -9.6% from 104.9 to 94.8, a swing from “cautious optimism to cautious pessimism”. 55% of respondents, an outright majority, expected mortgage interest rates to rise over the next 12 months. Unemployment Expectations Index increased by 8.2% to 112.7, marking a significant deterioration.

RBA would make a decision on the bond purchases program at the February 1 meeting. Westpac expects the central bank to choose to “scale back rather than full wind down, in response to the sudden emergence of Omicron. But that would depend on the upcoming employment and inflation data. 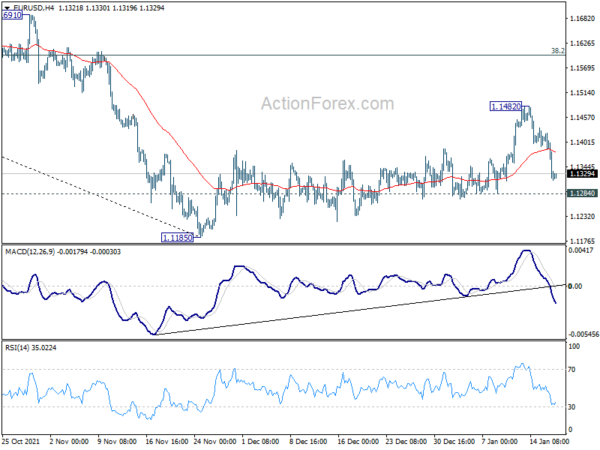 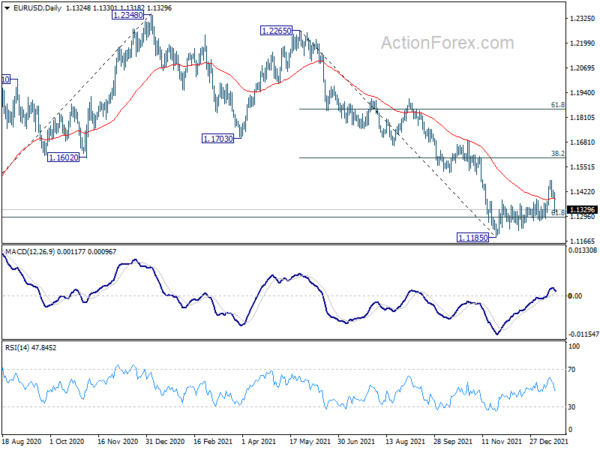