Dollar remains overwhelmingly the strongest one for the week, as boosted by intensified Fed hike expectations. Sterling is trying to catch and trading as the next stronger, with special help from buying against Euro. Australian and New Zealand Dollar are taking turns to be the worst performer. Euro and Swiss Franc are not too far away. Canadian Dollar is just mixed, as support by oil prices.

Technically, Yen is displaying some weakness with USD/JPY breaking through 115.05 resistance firmly yesterday. But rally in USD/JPY might not translate into rebound in other Yen crosses. Selling in Yen crosses could come back any time, in particular if risk sentiment turns sour again. The levels to watch include 129.76 in EUR/JPY, 155.38 in GBP/JPY, and 82.13 in AUD/JPY. As long as these levels hold, more downside is still in favor in Yen crosses in general, except USD/JPY.

IMF said in a report that BoJ’s commitment to maintaining prolonged monetary accommodation remains “appropriate”. It expects that a “prolonged period of monetary policy accommodation, flexible fiscal policy, and inclusive growth-oriented reforms will be required to durably lift inflation expectations and inflation to the target.”

Further measures could be considered for making monetary support “more sustainable”. On option could be to “steepen the yield curve by shifting the yield target from the 10-year to a shorter maturity”. This could help “mitigate the impact of prolonged monetary accommodation on financial institutions’ profitability”. If underlying inflation momentum remains weak, “cutting the policy rate should be the first option”. 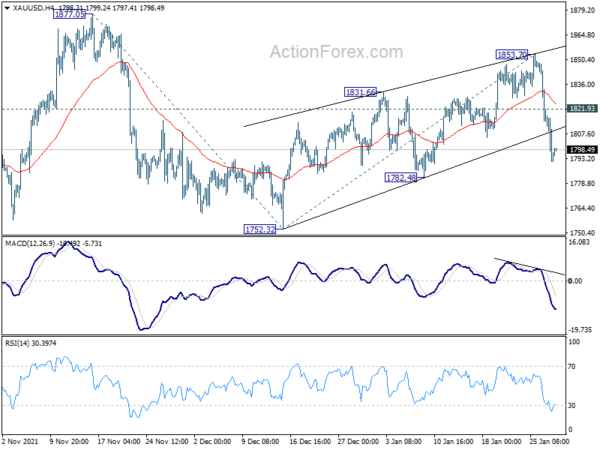 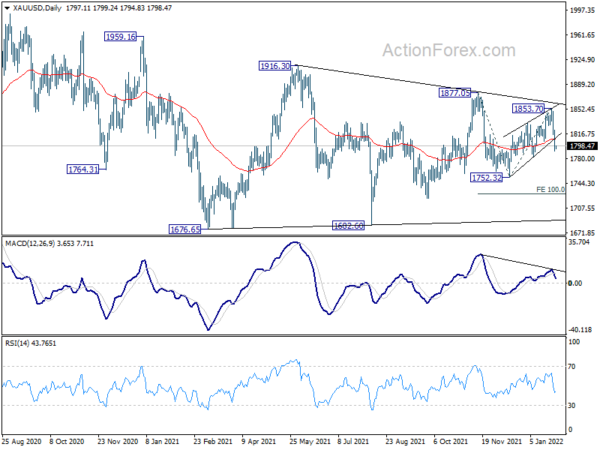 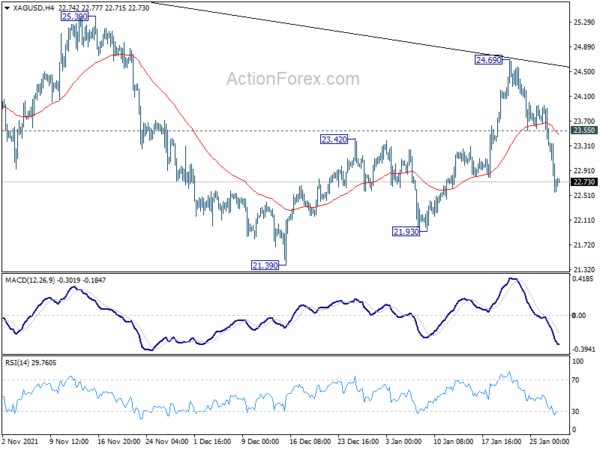 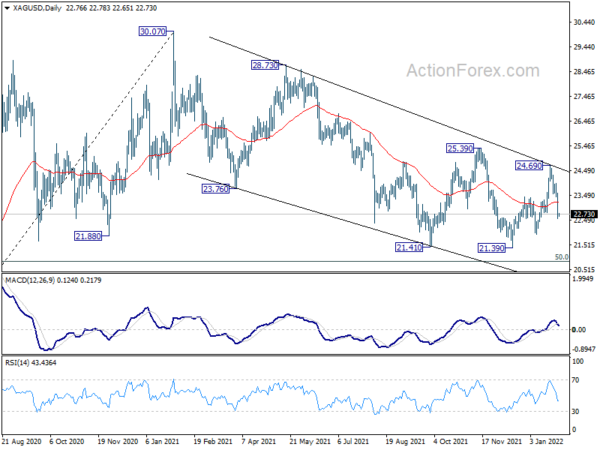 Bitcoin stabilized after hitting 33000 and turned sideway. But risk is still staying heavily on the downside with 39636 support turned resistance intact. Current down trend from 68986 could extend with another falling leg, towards 29261 support, which is close to 30k psychological level too. We’d look for bottoming signal around there. 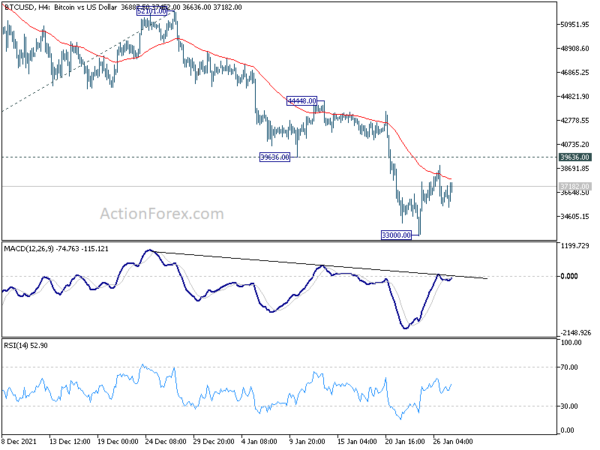 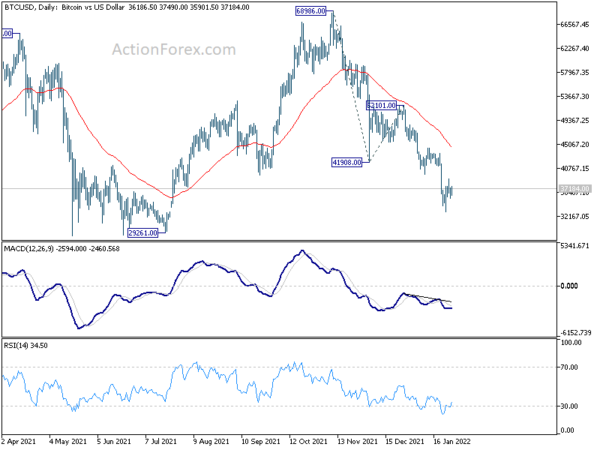 Later in the day, US personal income and spending, with PCE inflation will be the main focus.

Intraday bias in EUR/GBP remains on the downside for 0.8304 support first. Break there will remain larger down trend and target 0.8276 long term support next. On the upside, above 0.8366 minor resistance will turn bias back to the upside for 0.8421 resistance first. Break of 0.8421 will resume the rebound towards 0.8598 key structural resistance. 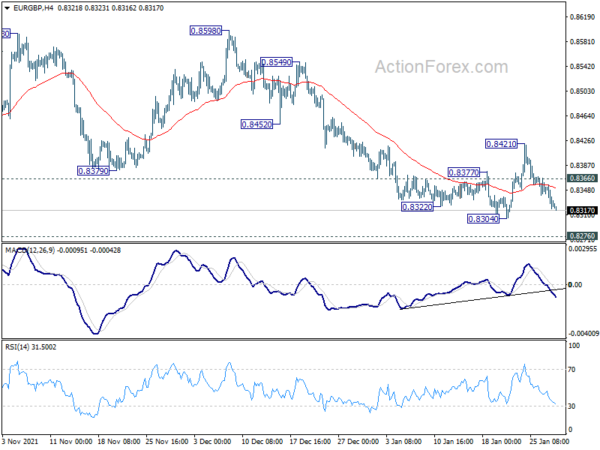 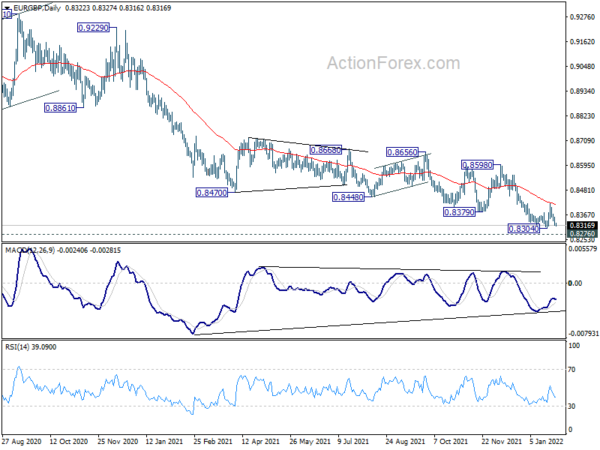