UK data continues to beat market expectations. PMI services rose to 56.2 in December, up from 55.2, above consensus of 54.7. That;s also the highest level in 17 months. Markit noted that "the UK economy continues to defy widely held expectations of a Brexit-driven slowdown." Meanwhile, the all-sector PMI, including services, manufacturing and construction survey findings, also rose to 17-month high at 56.4, up from 55.1. Markit noted this points to GDP growth of 0.5% in Q4, just slightly lower than Q3 reading of 0.6%. However, it’s also cautioned that inflationary pressures are building through the supply chain and could drag down growth in 2017.

USD/JPY is still bounded in the consolidation from 118.65 and intraday bias remains neutral. At this point, we’d continue to expect downside to be contained by 114.76 support and bring rally resumption finally. Above 118.65 will extend the whole rise from 98.97 to 125.85 key resistance next. However, sustained break of 114.76 will confirm short term topping and bring deeper pull back to 55 day EMA (now at 112.67) and possibly below. 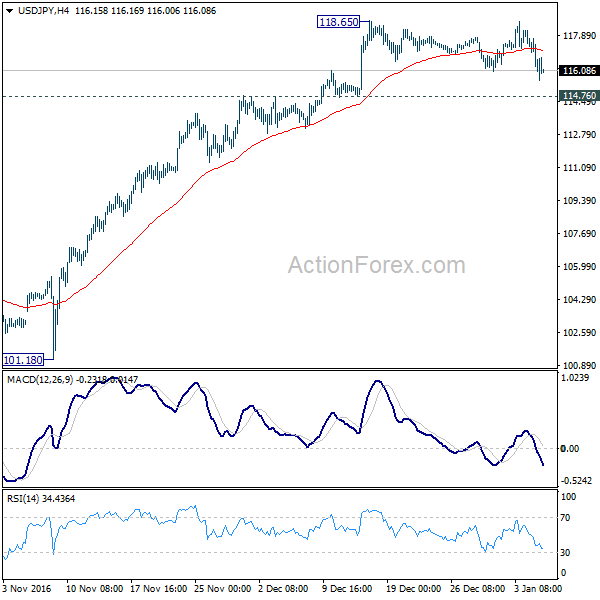 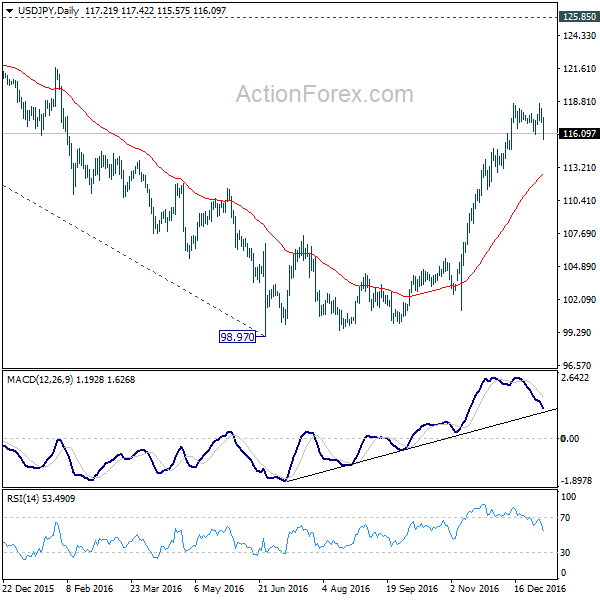