Lots of important economic data are released today but they’re largely ignored. Inflation data from the US and Eurozone are strong. Canada’s monthly GDP growth was well above expectation while Eurozone GDP growth turned weaker in Q1. But reactions to them are mild. While the greenback is paring some recent gains, it remains the strongest one for the week, followed by Canadian. Euro is still the worst performer, followed by Sterling and then Swiss Franc. Yen is mixed awaiting the next move.

Technically, Dollar appears to be losing much upside momentum, but there is no sign of a turn around. EUR/USD would probably consolidate above 1.05 handle for a while. But outlook will stay bearish as long as 1.0756 resistance holds. Nevertheless, break of 1.2675 resistance turned support in USD/CAD, if happens, could be an early warning that Dollar is turning into a near term consolidation phase.

ECB Lane: Scale and timing of interest normalization are data-dependent

ECB Chief Economist Philip Lane said in a Bloomberg TV interview, “The story is not the issue about are we going to move away from -0.5% for the deposit rate. The big issue which we do need to still be data-dependent about is the scale and the timing of interest-rate normalization.”

“In the near-term, yes, inflation is very high and that does carry its own risk of momentum,” Lane admitted. “On the other hand the high energy prices are eating into disposable incomes, it’s reducing consumption and the war has a scope – especially depending on how it goes – in terms of mapping into lower investment, lower consumption, confidence effects and extra pressure on energy.”

Germany GDP grew 0.2% qoq in Q1, matched expectations. On the same quarter a year earlier, GDP grew 3.7% yoy. The growth was mainly due to higher capital formation, whereas the balance of exports and imports had a downward effect on economic growth. The economic consequences of the war in Ukraine have had a growing impact on the short-term economic development since late February.

SNB Chairman Thomas Jordan said two reasons have spoken against a rise in interest rate in reaction to inflation. “First, inflationary pressure is moderate here in Switzerland. Second, inflation is likely to return to the range compatible with price stability in the foreseeable future,” he said.

SNB forecasts inflation to average 2.1% this year before declining in 2023 and 2024. “The monetary conditions are therefore appropriate at present,” Jordan said. “However, should there be signs of a strengthening and spread in inflationary pressure, we will not hesitate to take the necessary measures.”

On Swiss Franc exchange rate, he said, it there had been “hardly any change in the real exchange rate” over the past few quarters. “We do not react mechanically to every instance of upward pressure,” he added. “If you have followed the Swiss franc closely over the past months, you will know that it has gradually appreciated and has at times even fallen below parity to the euro.”

Also, SNB had “quite deliberately” allowed appreciation of the Franc. “This means that our economy can withstand the franc being stronger in nominal terms,” Jordan said. “The higher prices abroad and the nominally stronger Swiss franc roughly balance one another out.”

Swiss KOF Economic Barometer improved from 99.7 to 101.7 in April, above expectation of 99.3. It’s back above long-term average of 100 after dipping below that level in March. Outlook for the Swiss economy is therefore rather favorable in the short term.

KOF said, accommodation and food service activities and the other services sector are responsible for the rise. On the other hand, indicators for foreign demand are currently the strongest drag.

It added, “this contrast highlights the tension between Corona easing and international burdens, especially the Ukraine war.” 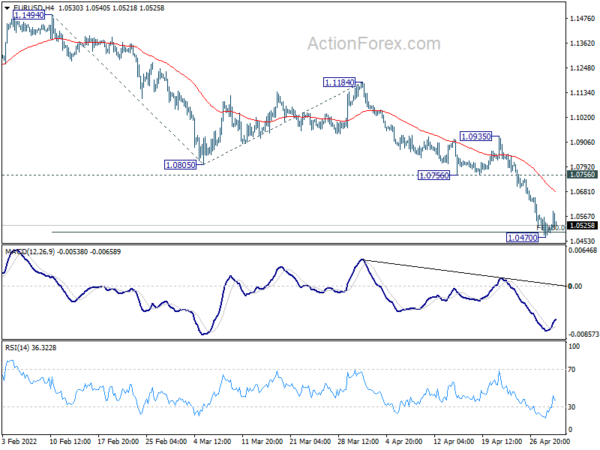 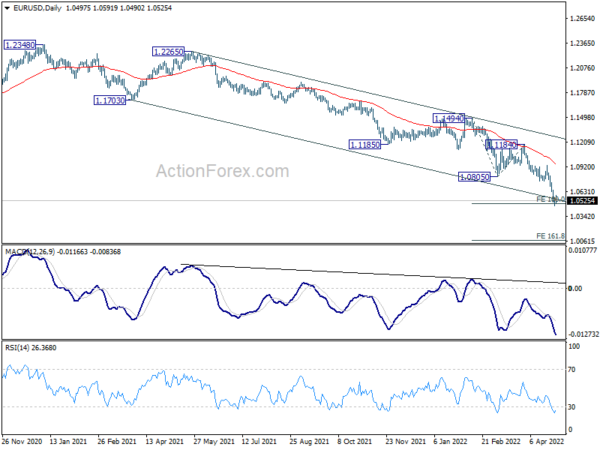