Risk aversion is the theme of the day, with major European indexes trading in red, while US futures are also diving. Australian Dollar is leading other commodity currencies lower. While Dollar is firm, it’s losing some momentum entering into US session. In particular, the greenback is retreating after failing to break through a near term resistance against Euro again. Sterling is currently the stronger one, followed by Euro, will help from buying against Swiss Franc too. 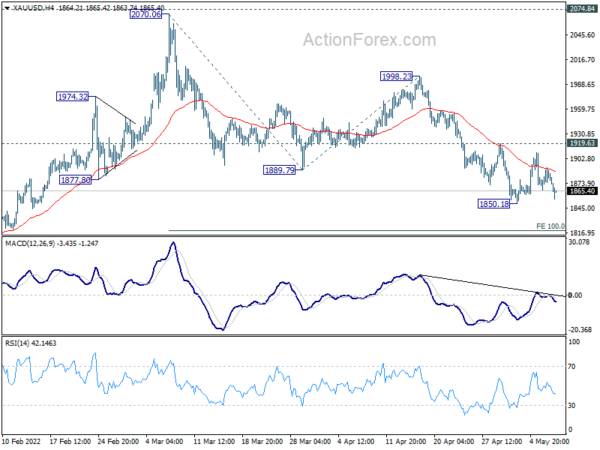 Fed Bostic: No need to be moving more aggressively than 50bps

“I think we can stay at this pace and this cadence and really see how the markets evolve … We are going to move a couple times, maybe two, maybe three times, see how the economy responds, see if inflation continues to move closer to our 2% target, then we can take a pause and see how things are going,” he said.

Fed Kashkari: Virtually all of that news is in the wrong direction

Minneapolis Fed President Neel Kashkari said in a CNBC interview, “I’m confident we are going to get inflation back down to our 2% target, but I am not yet confident on how much of that burden we’re gonna have to carry versus getting help from the supply side.”

He added that “virtually all of that news is in the wrong direction,” pointing to Ukraine war and lockdowns in China.

He also emphasized that Fed is focused on its dual mandate, price stability and full employment. If data comes in different from expectations, Fed will change its policy approach.

Sentix said: “War only knows victims. The traces of the Ukraine conflict are also becoming increasingly visible in the economy. The sanctions against Russia are having an effect, on enemies and friends alike. Last month, the “first mover” economic index clearly pointed the way towards recession. At the beginning of May, the downturn deepened further. Europe is hit particularly hard. The overall Eurozone index drops to -22.6 points. And for Germany we report an all-time low in economic expectations. In other words: it’s coming thick and fast.”

The selloff in Chinese Yuan accelerates again today as the Chinese government tightened up city-wide lockdown in Shanghai again. The decision came after President Xi Jinping’s pledge last week to double down on the “battle” against the coronavirus. 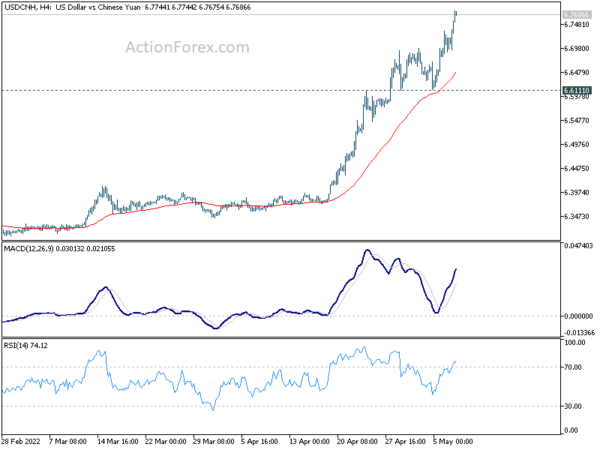 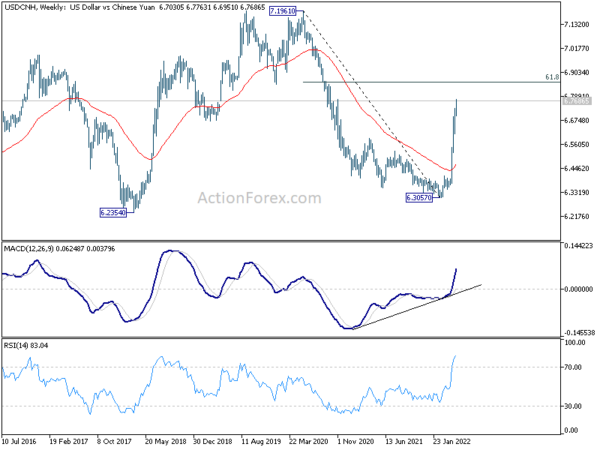 Also, released from China earlier today, exports rose 3.9% yoy in April, above expectation of 3.2% yoy. Imports dropped -2.0% yoy, versus expectation of -3.0% yoy. Trade surplus widened from USD 47.4B to USD 51.1B, basically in-line with expectations. 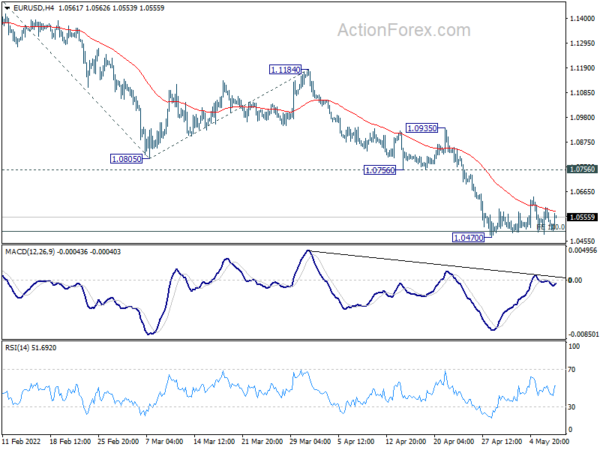 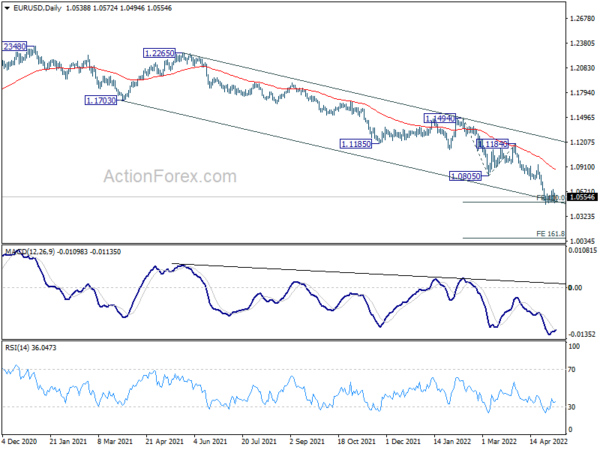