The recovery in Dollar and Yen appeared to be rather short-lived, as overall risk sentiment was steady. FOMC minutes affirmed market expectations of 50bps rate hikes ahead, which is not news. That triggered little reaction in the greenback. As for today, Euro is regaining some ground together with Swiss Franc. New Zealand Dollar is the weaker one with Yen. But Dollar is staying as the worst performer for the week.

Technically, one focus is whether EUR/CHF would break through 1.0228 temporary low to resume the fall from 1.0513. If happens, that could set up EUR/CHF further fall back towards parity. That might also drag Euro down in other pairs, in particular EUR/JPY, which is still staying in the corrective pattern from 139.99. 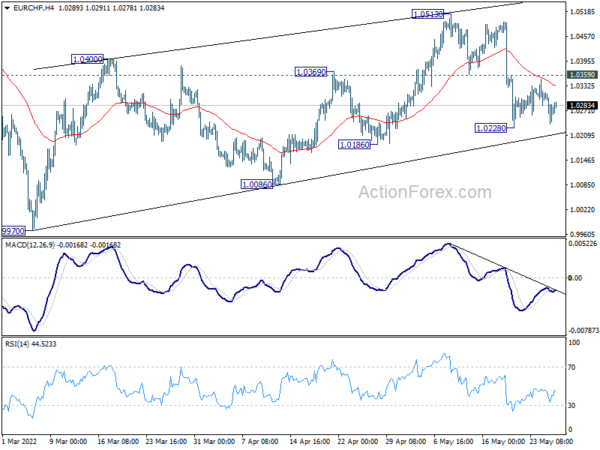 In the minutes of the May 3-4 FOMC minutes, Fed said, “most participants judged that 50 basis point increases in the target range would likely be appropriate at the next couple of meetings”. That is in-line with market expectations, and other communications from Fed officials, that the plan is set for 50bps hike per meeting for June and July at least.

Also, it’s noted, “at present, participants judged that it was important to move expeditiously to a more neutral monetary policy stance. They also noted that a restrictive stance of policy may well become appropriate depending on the evolving economic outlook and the risks to the outlook.”

Overall, there is no change in the view that fall from 2070.06 is the third leg of the consolidation pattern from 2074.84. Deeper decline would be seen as the recovery completes, towards 1682.60 support. 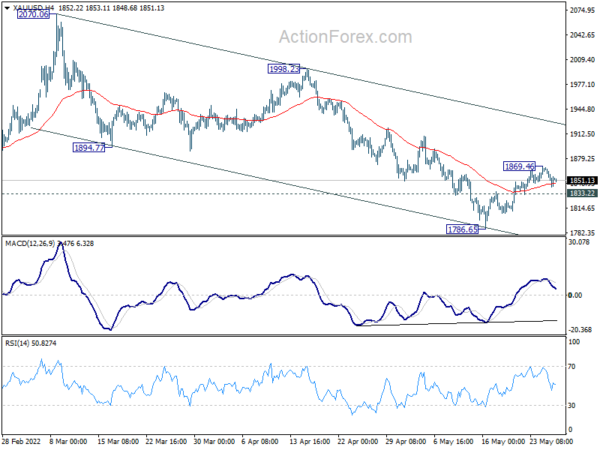 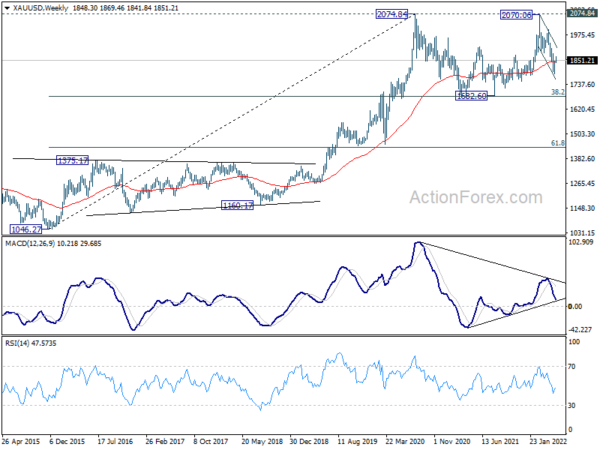 Orr said that a recession is not projected for New Zealand, even though he cannot rule it out. Challenges to growth were coming through significant downgrades to global growth, particularly China.

The European calendar is empty today with France and Germany on holiday. Canada retail sales will be featured later in the day. US will release GDP revision, jobless claims and pending home sales.

GBP/USD’s recovery from 1.2154 extends higher but stays below 1.2637 resistance. Intraday bias remains neutral for the moment. On the upside, firm break of 1.2637 resistance will bring stronger rebound to 55 day EMA (now at 1.2759). On the downside, below 1.2329 minor support will retain near term bearishness and bring retest of 1.2154 first. Break there will resume larger down trend from 1.4248. 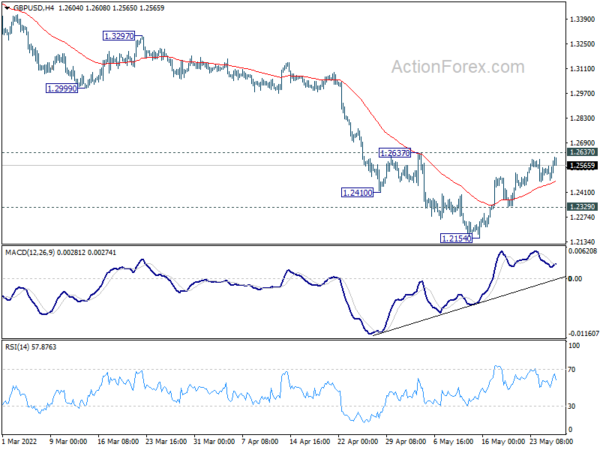 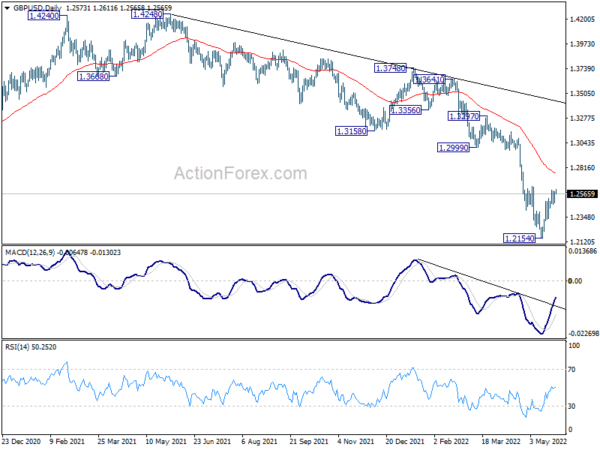