Euro leads Sterling and Swiss Franc higher today, and stays firm so far. The common currency was apparently lifted by hawkish comments from ECB official over the weekend. Sterling shrugs off slightly worse than expected GDP and production data. Dollar and Yen are currently the weakest ones. Commodity currencies are mixed for now, with Canadian as the softer one. 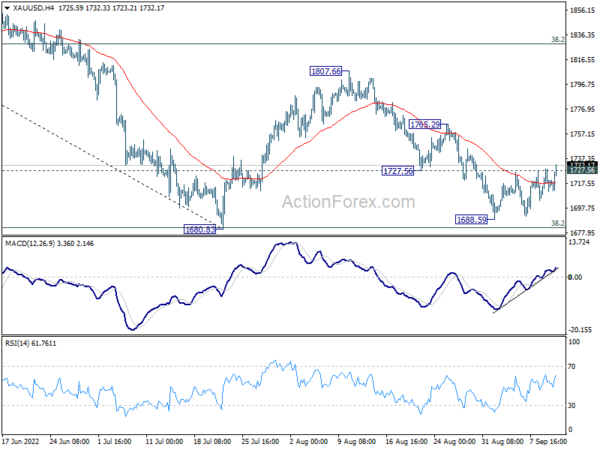 UK GDP grew 0.2% mom in July, services up but production and construction down

NIESR projects UK GDP to contract -0.1% in Q3, with growth slowing as inflation maintains its drag on consumer demand and confidence.

“GDP grew by 0.2 per cent in July following the large fall of 0.6 per cent in June. This was stronger than we had expected and was driven by a rise in services, particularly consumer-facing services, with production and construction continuing to fall. That said, GDP in the three months to July was flat relative to the previous three months and we think the UK economy remains in recession.” Stephen Millard Deputy Director for Macroeconomic Modelling and Forecasting, NIESR.

Intraday bias in EUR/USD remains on the upside as rebound from 0.9863 is extending. Sustained trading above 55 day EMA (now at 1.0169) raise the chance of larger trend reversal, and target 1.0368 resistance. On the downside, below 1.0031 minor support will turn bias back to the downside for retesting 0.9863 low. 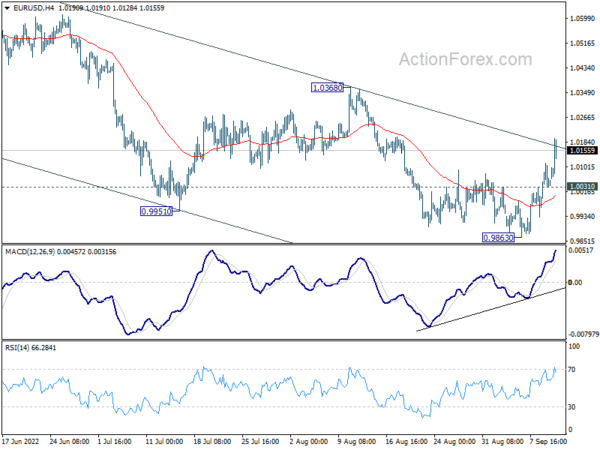 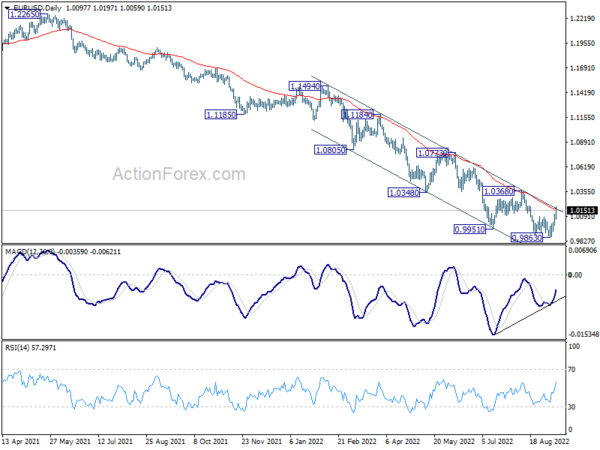