The forex markets are overall mixed. Dollar retreated overnight following the rebound in stocks, but regained some ground in Asian session. Traders are holding their bets for now, ahead of the meetings of four major central banks later in the week, including Fed, BoE, SNB and BoJ. Canadian inflation data, nevertheless, could trigger some volatility in Loonie today first.

Technically, GBP/CAD is one that worth watching in the coming days. While the Pound has been weak, even GBP/USD could’s get rid of 1.14 handle (pandemic low) cleanly for now. Considering loss of downside momentum in GBP/CAD, as seen in daily MACD, and the proximity to 2010 low at 1.4831, there is prospect of a bounce. But, break of 1.5352 support turned resistance is needed to confirm short term bottoming first. The development will hinge on today’s Canada CPI data, and BoE rate decision on Thursday. 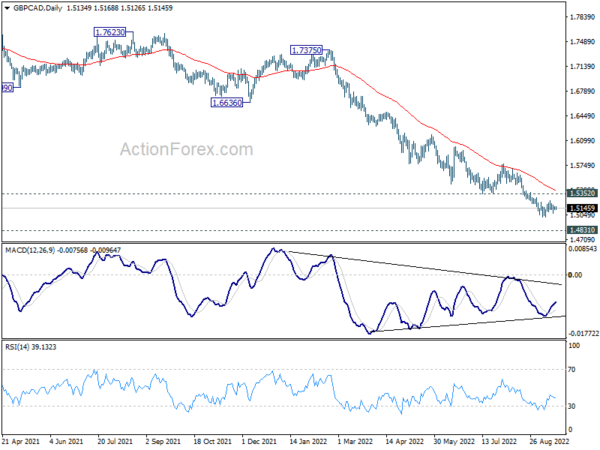 BoJ is widely expected to continue to stand pat, and maintain negative interest rate later this week. But there are expectations that core inflation could hit 3% later in the year, and stay above the 2% target in the near term. That might start to change BoJ’s view on prices and policy at a later stage.

Minutes of RBA’s September 6 meeting revealed that there were discussions on whether to hike by 25bps or 50bps. But, “given the importance of returning inflation to target, the potential damage to the economy from persistent high inflation and the still relatively low level of the cash rate, the Board decided to increase the cash rate by a further 50 basis points.”

RBA reiterated that there will be further interest rate hikes “over the months ahead”, but it’s it “not on a pre-set path”. The full effects of higher interest rates were “yet to be felt” on mortgages, activity and inflation.

The board was “mindful” that the path to bring inflation back to target “needed to account for the risks to growth and employment. RBA is seeking to return inflation to target “while keeping the economy on an even keel”.

Size of timing of future rate hikes will be “guided by the incoming data” and outlook for inflation and job market, and risks. “All else equal, members saw the case for a slower pace of increase in interest rates as becoming stronger as the level of the cash rate rises”. 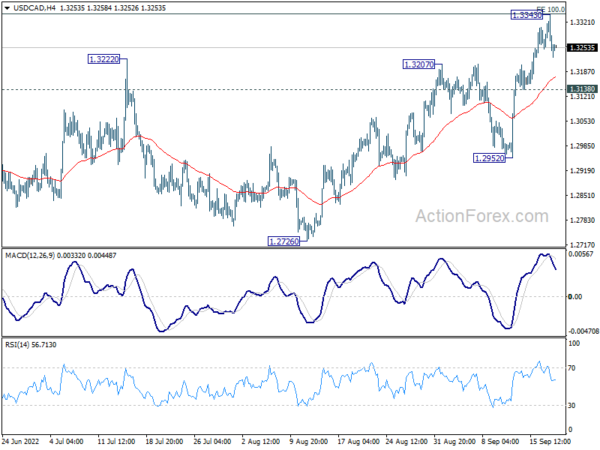 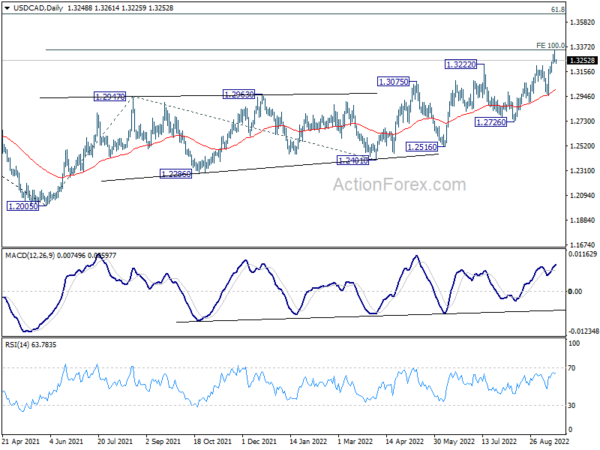