Euro is trading as the strongest one today so far, followed by Sterling, Swiss Franc and Dollar. All four currencies are going to have respective central bank meetings this week, and all are expected to hike by 50bps. Australian Dollar is leading commodity currencies and Yen lower. News flow is slow while the economic calendar is very light today. UK GDP report was largely ignored by investors. So, today’s moves are probably due to traders preparing ahead of the main events.

Technically, EUR/JPY’s break of near term channel resistance suggests that corrective fall from 148.48 has completed at 140.75 already. Further rise is in favor to 146.12 resistance first. Break there will bring retest of 148.38 high. The question now is on whether EUR/JPY’s rally would be accompanied by break of 137.84 minor resistance in USD/JPY, or 1.0594 high in EUR/USD. 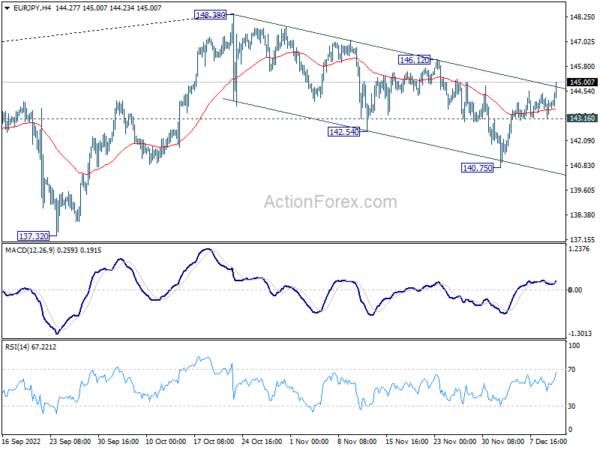 NIESR said the 0.5% mom growth in UK GDP in October “largely reflects the weakness in September” resulting from additional Bank Holiday for the State Funeral of HM Queen Elizabeth II. The risks of GDP contraction in Q4 “remains elevated”. It expects GDP to remain flat in Q4.

“Monthly GDP grew by 0.5 per cent in October, in line with our forecast last month, driven by a strong pick-up in wholesale and retail trade, and repair of motor vehicles and motorcycles, which seem to have been strongly affected by the additional September bank holiday.

“Despite this positive outlook from the monthly growth figure, there are still strong downside risks to GDP in the fourth quarter of this year due to high inflation and interest rates –which continue to suppress demand –and supply chain disruptions, as well as work backlogs due to industrial action and a tight labour market –which continue to weigh on business growth. We still expect GDP to remain flat in the fourth quarter of this year.”

UK GDP grew 0.5% mom in October, better than expectation of 0.4% mom. Services grew 0.6% mom and was the main driver of growth in GDP. Production was broadly flat for the month. Construction grew 0.8% mom. GDP is estimated to be 0.4% above is pre-coronavirus levels in February 2020.

“Companies were passing on rising raw material costs for a broad range of goods. But some goods saw the impact of recent easing of global commodity prices,” a BOJ official told a briefing. 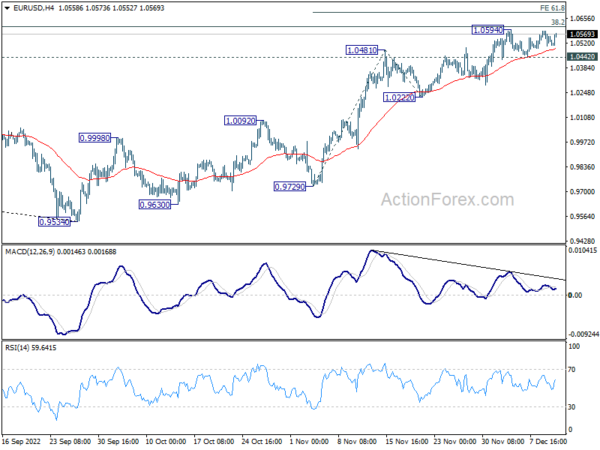 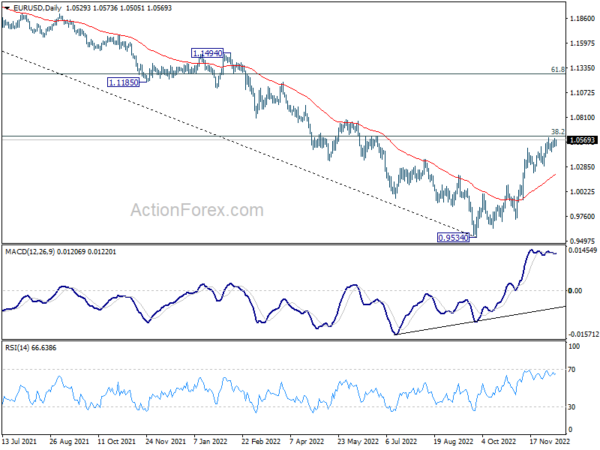