Australian Dollar regains some ground in Asian session today, following stronger than expected monthly CPI data. In the background, market sentiment also stabilizes after Fed Chair Jerome Powell refrained from commenting on monetary policy or inflation. New Zealand Dollar is currently the second strongest, followed by Swiss Franc. Yen is the worse performer, followed by Canadian and then Dollar and Euro. Sterling is mixed for now.

Technically, Dollar’s selloff has clearly lost momentum this week so far, but there is no sign of a sustainable rebound yet. Traders are probably just holding their bets ahead of tomorrow’s US CPI release. Gold’s rally is still on track to 100% projection of 1616.51 to 1786.63 from 1728.48 at 1898.80. Considering weak upside momentum in 4 hour MACD, 1900 handle could cap upside in first attempt, and bring pull back. That might give Dollar a chance to rebound elsewhere. 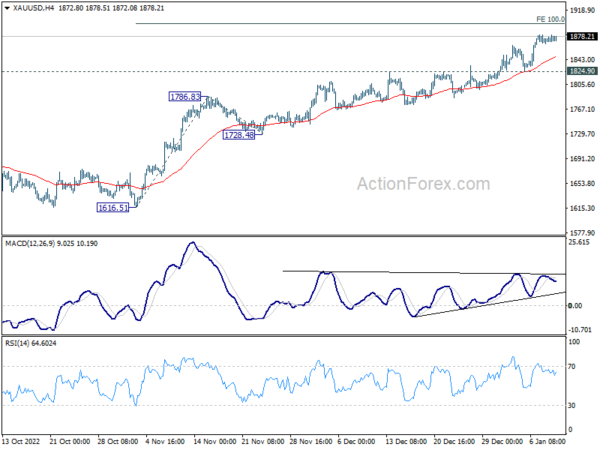 Fed Bowman: Rates to remain at sufficiently restrictive level for some time

Fed Governor Michelle Bowman said in a speech, “In recent months, we’ve seen a decline in some measures of inflation but we have a lot more work to do, so I expect the FOMC will continue raising interest rates to tighten monetary policy, as we stated after our December meeting.”

“My views on the appropriate size of future rate increases and on the ultimate level of the federal funds rate will continue to be guided by the incoming data and its implications for the outlook for inflation and economic activity.”

“I will be looking for compelling signs that inflation has peaked and for more consistent indications that inflation is on a downward path, in determining both the appropriate size of future rate increases and the level at which the federal funds rate is sufficiently restrictive.”

“I expect that once we achieve a sufficiently restrictive federal funds rate, it will need to remain at that level for some time in order to restore price stability, which will in turn help to create conditions that support a sustainably strong labor market.”

ECB Governing Council member Mario Centeno said yesterday, “we are approaching the end of the current process of interest rate hikes, I believe that is true.”

Centeno said that “wage updates in Europe could make it difficult for prices to continue to fall” in the next two months, but “after that, inflation will fall again from March onwards.”

Australia monthly CPI accelerated from 6.9% yoy to 7.3% yoy in November, above expectation of 7.2% yoy.

The most significant contributors to the annual rise in November were Housing (+9.6%), Food and non-alcoholic beverages (+9.4 per cent), Transport (+9.0%), Furniture, household equipment and services (+8.4%) and Recreation and culture (+5.8%).

Australia retail sales rose 1.4% mom in November, well above expectation of 0.7% mom. The seasonally adjusted turnover of AUD 35.92B was a new record high.

Ben Dorber, ABS head of retail statistics, said, “While we typically see a rise in spending around Black Friday sales, the strong seasonally adjusted rise in November 2022 shows that the effect is increasing over time, as the event has become more common across retailers and sales periods become longer.”

“Given the increasing popularity of Black Friday sales, the smaller increase in October may reflect consumers waiting to take advantage of discounting in November, particularly in light of cost-of-living pressures.”

Italy retail sales and US crude oil inventories are the only features in another ultra-light day. 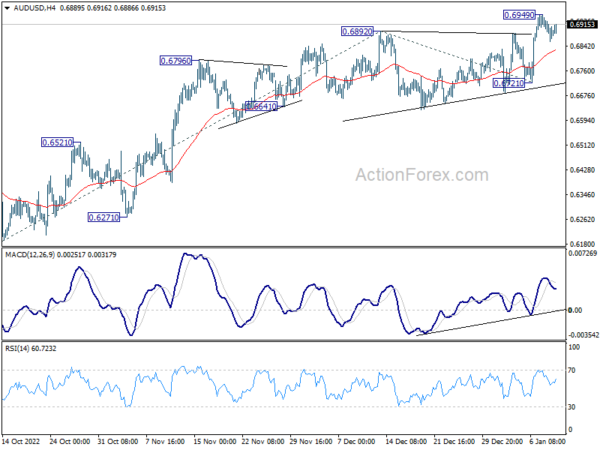 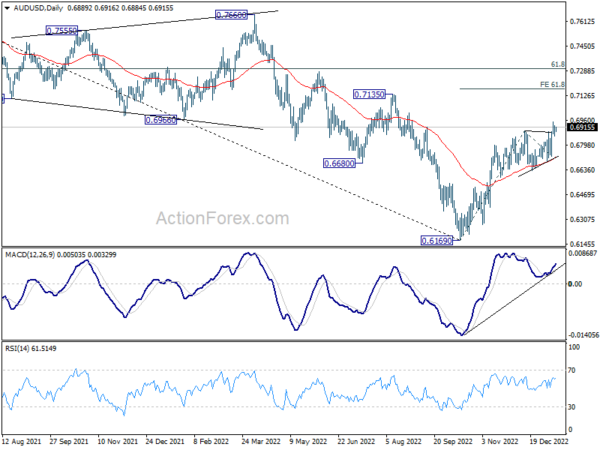