Dollar Down But Not Out Yet as CPI Awaited

At this point so far, Euro is the strongest one for the week, while Swiss Franc is the weakest, thanks to the upside breakout and rally yesterday. Dollar is more on the soft side too but there is still no clear follow through selling after the decline on Monday. Apparently, traders are still holding their bets, and await today’s US consumer inflation data. Clear deceleration in both headline and core CPI is expected, which should give a nod to a smaller 25bps hike by Fed in February.

Technically, following up on GBP/CHF, after yesterday’s rise, corrective pattern from 1.1574 should have completed with three waves to 1.1094. Further rally is now expected as long as 1.1180 support holds. Retest of 1.1543/74 resistance zone should be seen next. With EUR/GBP struggling to break through 0.8876 resistance firmly, current moves in European majors are more about Swiss Franc’s own weakness. 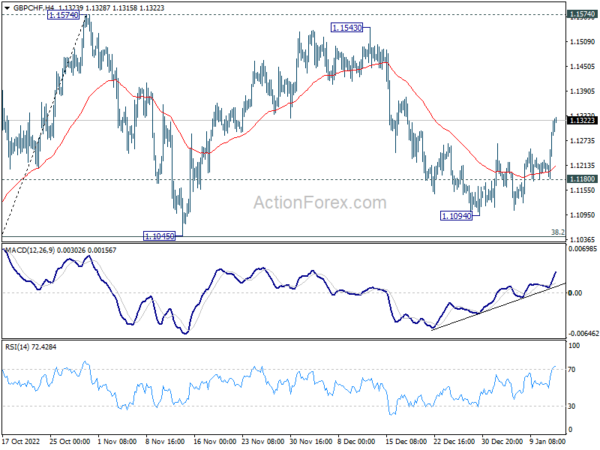 Boston Fed President Susan Collins said in a New York Times interview that “25 or 50 would be reasonable ” for rate hike in February. She added, “I’d lean at this stage to 25, but it’s very data-dependent.”

“Adjusting slowly gives more time to assess the incoming data before we make each decision, as we get close to where we’re going to hold. Smaller changes give us more flexibility,” she said.

ECB de Cos: We plan to continue increasing interest rates significantly in the next meetings

Governing Council member Pablo Hernandez De Cos said yesterday, “we plan to continue increasing interest rates significantly in the next meetings.” Also, tightening will continue “until reaching sufficiently restrictive levels to ensure that the inflation returns to the 2% target over the medium term.”

“Keeping interest rates at tight levels will reduce inflation by dampening demand and will also protect against the risk of a persistent upward shift in inflation expectations”, he explained.

De Cos also noted that Since last meeting, markets have raised the expected terminal rate by 30bps to 3.4%. However, market rates incorporated a positive premium, and “the market’s genuine expectation of what the maximum level of the deposit facility rate would be is somewhat below that figure.”

Looking ahead, US CPI is the main focus today while jobless claims will also be released. 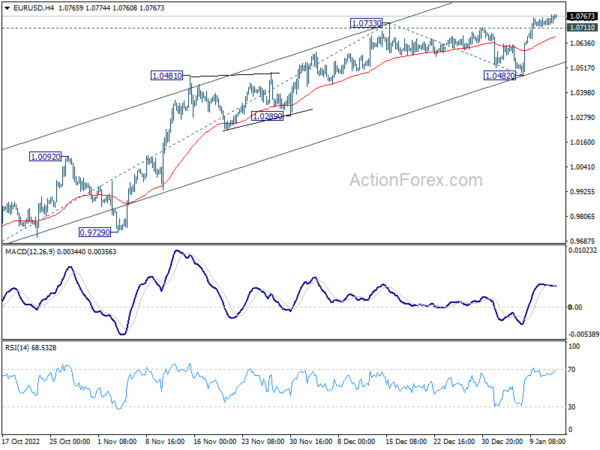 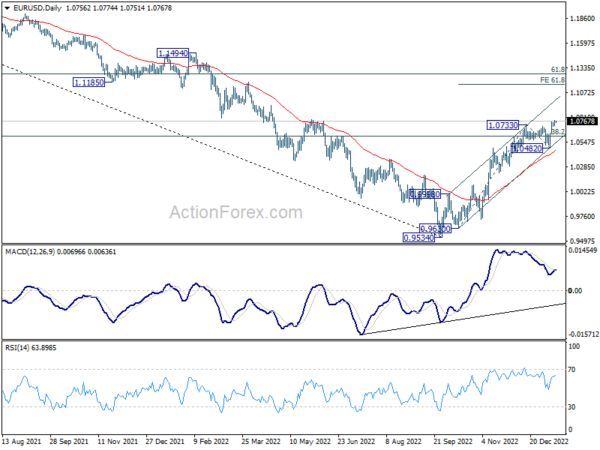