This is a quick update.

Euro tumbles sharply while Yen jumps on as political risks come back to markets. Passing the deadline imposed to Catalan leader Carles Puigdemont, Spanish government said they will "continue with the procedures set out in Article 155 of the Constitution to restore the legality of self-rule in Catalonia." That is, the Spanish Government is going to suspend autonomy of Catalonia.

Euro reverses much gains against Yen and Dollar. But still, EUR/JPY is staying in range and keeping intraday bias neutral. 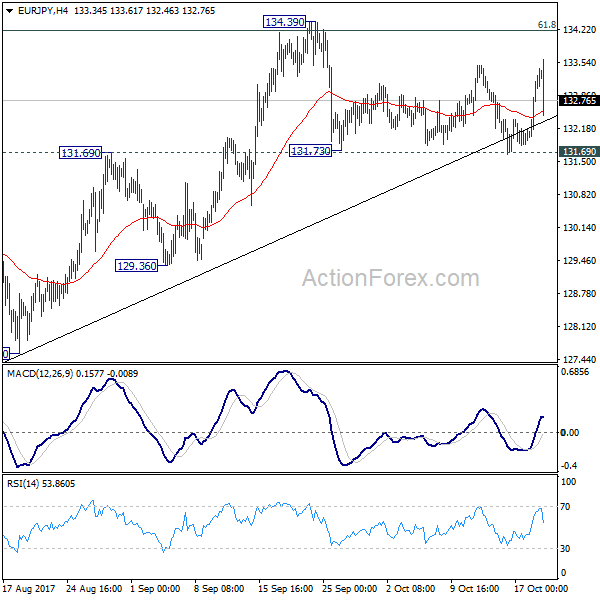 New Zealand Dollar plunges today on news that New Zealand First would be forming a coalition with the Labour Party. And Jacinda Ardern will become the next Prime Minister. An important to note is that both Labour and NZ First propose reduction in net immigrations and reform on the RBNZ. Cutting immigration is seen as a factor that will drag on economic growth. Also, Labour-led government would likely boost social spending and push to add full employment to RBNZ’s mandate. And the overall effect is prolonging RBNZ’s accommodative policy. 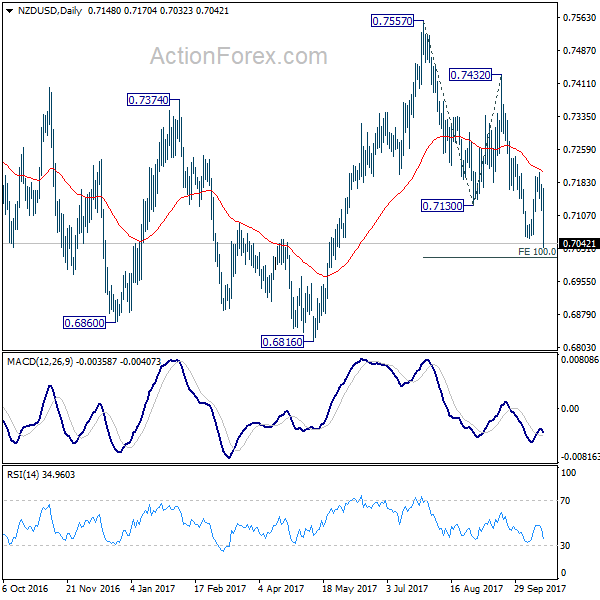