Dollar’s decline accelerates as markets seem to have made up their mind regarding US president Donald Trump’s health care act failure. The dollar index is losing -0.7% at the time of writing, diving through 99.23 near term support and hits as low as 98.90 so far. Risk aversion dominates the markets as investors seriously question Trump’s ability to push through his policies. Nikkei closed down -1.44% at 18985.59. FTSE, DAX and CAC are trading down -0.8%, -0.95% and -0.45% respectively. US futures point to another three-digit fall in DJIA at open. In the currency markets, Yen and European majors are generally higher with Sterling leading the way. Commodity currencies are broadly under pressured.

In UK, Prime Minister Theresa May is going to meet Scotland First Minister Nicola Sturgeon later today. In a speech in Scotland, May said that she would never allow UK to become "looser or weaker" because of Brexit. And she emphasized that when all four nations "works together with determination, we are an unstoppable force." May is expected to discuss with Sturgeon on the topic of another Scottish independence referendum.

May will trigger Article 50 for Brexit negotiation on Wednesday. Ahead of that Labour Party’s Keir Starmer demanded May’s Brexit plan to meet "six tests" to get the party’s support. The tests include "fair migration system for UK business and communities", "retaining strong collaborative relationship with EU", "protecting national security and tackling cross-border crime", "delivering for all nations and regions of the UK", "protecting workers’ rights and employment protections", and "ensuring same benefits currently enjoyed within single market.

BoJ opinions: monetary policy based on Japan, not overseas

In Japan, BoJ released summary of opinions from the March 15/16 policy meeting. The document noted that "some market participants argue that the Bank needs to change the monetary policy in response to the rise in the long-term yields overseas." But, majority believed that "monetary policy in Japan should be decided based on Japan’s economic activity and prices". Therefore, "it will be a considerable length of time before the Bank will need to change its monetary policy." At the meeting, BoJ held interest rate unchanged at -0.1%. And under the Yield Curve Control framework, BoJ target to guide 10 year yield at around 0%. The annual target of asset purchase was held at JPY 80T. 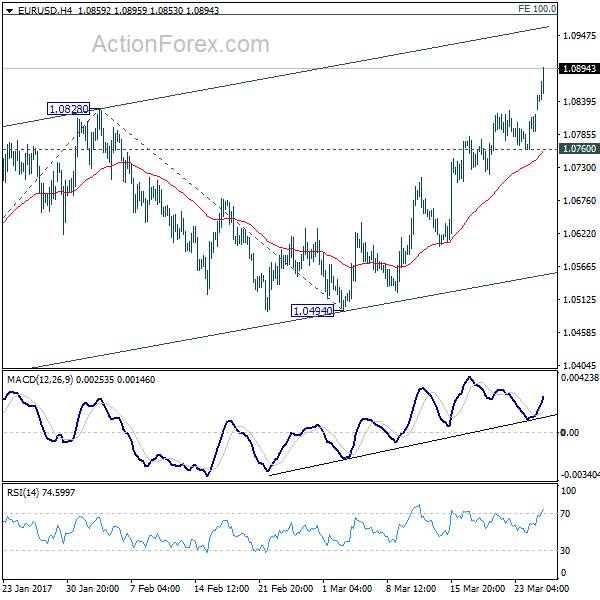 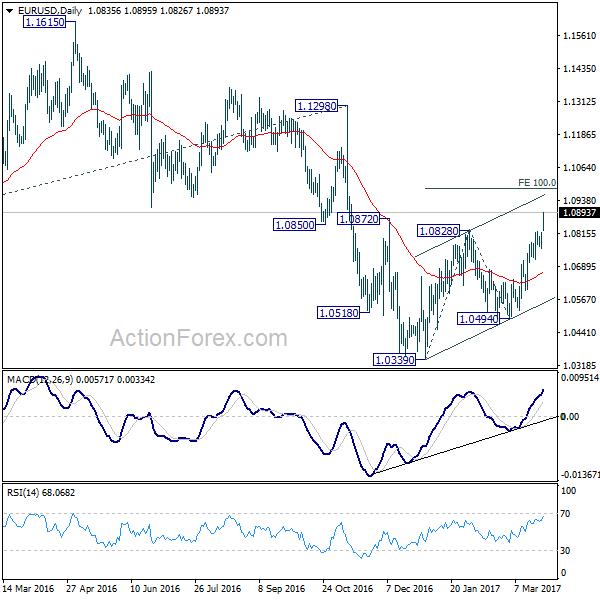