Dollar recovered overnight with the help of surging treasury yields. 10 year yield hit as high as 2.725 before paring gains to close at 2.696, up 0.034. That’s also the highest level since April 2014. Nonetheless, the lift to the greenback would likely be temporary as Dollar and yields would likely go back to the "decoupled" relationship fairly quickly. British pound is trading as the weakest for the week. Renewed Brexit uncertainty is seen as a factor weighing on Sterling. But it’s actually more about returning to reality after last week’s utopic rally. For today, New Zealand Dollar is trading mildly higher after trade balance data.

Australia NAB business conditions rose to 13 in December, up from 12 but missed expectation of 15. Nonetheless, that’ still way above long run average of 5. Business confidence rose to 11, up from 7 but also missed expectation of 12. That’s the highest reading since July. The strong bounce in confidence reading "helped to narrow the perplexing gap between business conditions and confidence evident over the past couple of years, and is an encouraging signal for investment," noted NAB group chief economist Alan Oster.

However, retail remained pressured at negative conditions at -2. Oster noted that "final retail prices also weakened sharply in December into negative territory, and are running at a slower rate than labour costs and purchases costs, pointing to margin compression." And the fall in prices is seen as a downside risk to Q4 CPI report due tomorrow.

In Japan, an economic adviser to Prime Minister Shinzo Abe said the BoJ should stick with so called "Abenomics" no matter who the next Governor is. Koichi Hamada, an emeritus professor of economics at Yale University said that the next BoJ Governor should have "boldness and experience". He emphasized that "Abenomics is managed excellently by the BOJ policy. If you are winning in a sport, you don’t change the strategy." For the moment, there is no decision on whether Haruhiko Kuroda would be given another term. Hamada commented that "there are many excellent people working at the BOJ and their morale will be reduced if someone outside of the central bank becomes governor so often, though I don’t know if a BOJ official will become next governor this time."

Eurozone GDP is a key focus in European session while confidence indicators will also be featured. Germany CPI is another data to watch. Swiss will release trade balance, KOF. UK will release mortgage approvals and M4. Later in the day, focus will be on US consumer confidence. 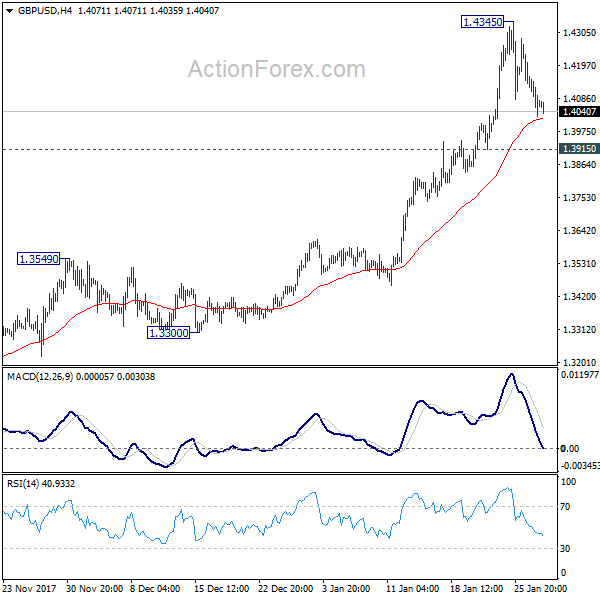 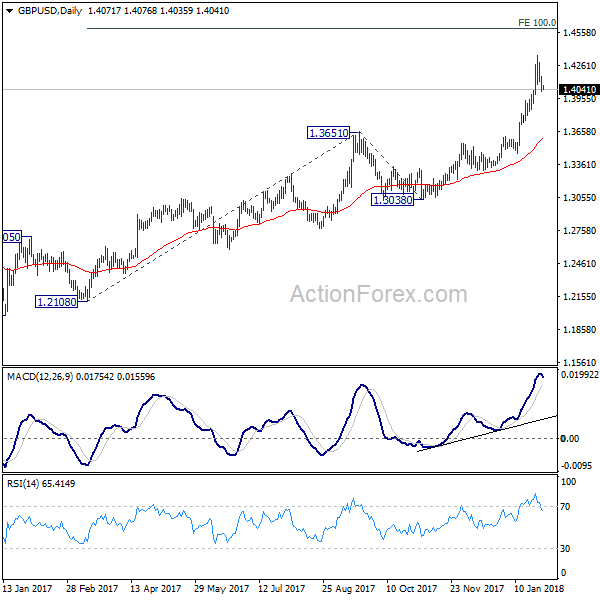