Global stocks had a volatile week of consolidations. But eventually, Nikkei, FTSE, DAX and CAC broke to new lows. US indices were saved by the late rebound, partly also thanks to Fed’s -50bps panic rate cut. Dollar ended as the second weakest as 10-year and 30-year yield tumbled to new record lows on expectation of more Fed easing this month. But Canadian Dollar was even worse as WTI crude oil broke through key support at 42. Swiss Franc and Yen were the strongest on risk aversion and falling yields. Euro and Sterling were mixed with focus turns to this week’s ECB meeting, while BoE might follow Fed to deliver an inter-meeting cut. 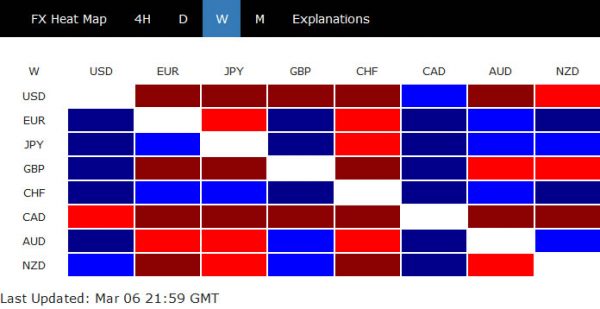 Markets seeing another -75bps cut by Fed, after the panic move

G7 finance ministers and central banks promised coordinate actions to counter the economic impact of coronavirus pandemic. RBA cut interest rate by 0.25% to 0.50% last week. BoC also lowered the benchmark rate by -50bps to 1.25%. Both were central banks delivered after regular scheduled meetings. The biggest surprise came from Fed, which announced an emergency rate cut of -50bps to 1.00-1.25%. The move as they came just two weeks ahead of the scheduled meeting on March 18. February economic data, in particular non-farm payrolls, were indeed rather solid. Stock markets were give little to no boost. Overall, Fed’s panic move seemed to have draw some criticism.

Further, there are questions on whether monetary policy easing is the right way to address the pandemic. It’s argued that fiscal measures are more effective in cushioning the supply shock from the outbreak. And more importantly health care measures should be given the highest priority to keep people safe first. To us, Taiwan has been doing exceptionally well in their coronavirus policies. It’s in the first batch of countries outside China which reported inflections. And even with its close tie with China, up till now, there are only 45 cases. There is no choke in the domestic economy neither. But then, for some reasons, Taiwan will never get the well deserved acknowledgement from WHO Director General Tedros Adhanom Ghebreyesus. Nor would Taiwan’s model be promoted to other countries by the WHO.

Anyway, investors are still hungry for more Fed rate cut despite last week’s move. Fed funds futures are pricing 100% chance of at least another -50bps rate cut on March 18, with 61.5% chance of -75bps cut. Such expectation was a key driving in pushing 10- and 30- year yield to record low, and a sharp selloff in Dollar against Euro and Yen. Nevertheless, the situation is still fluid and could change, in the next 10 days or so. 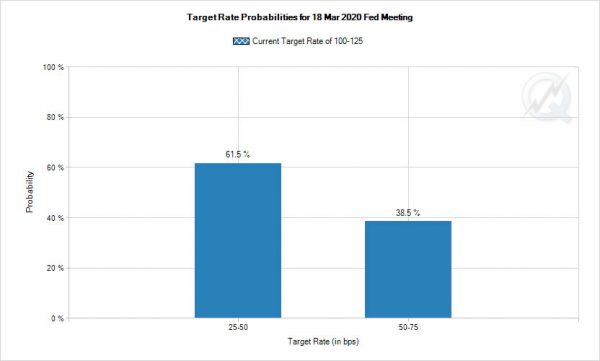 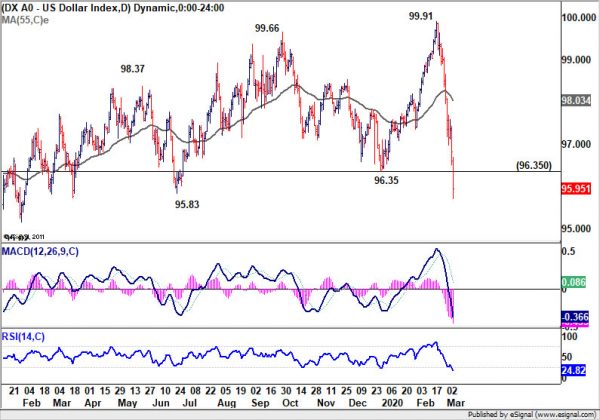 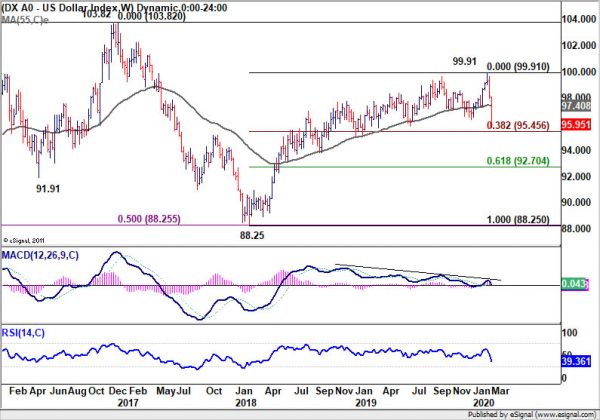 DOW to stay in range for very near term, but deeper decline expected later 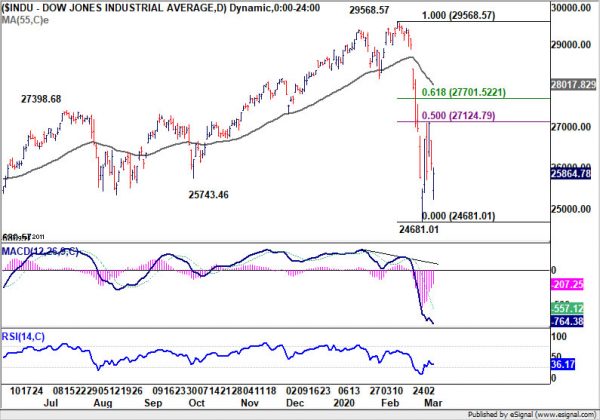 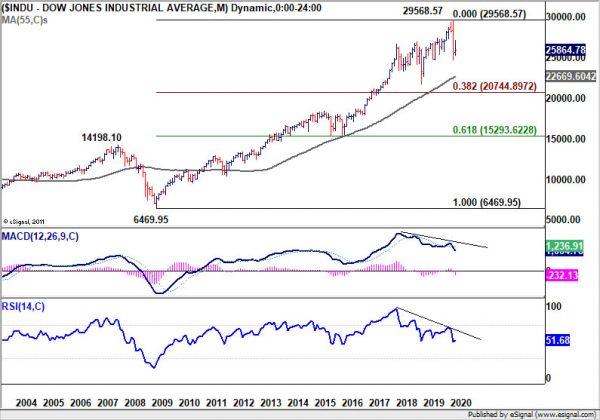 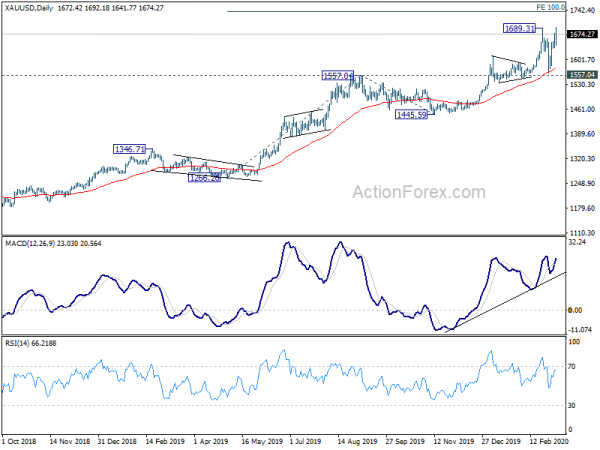 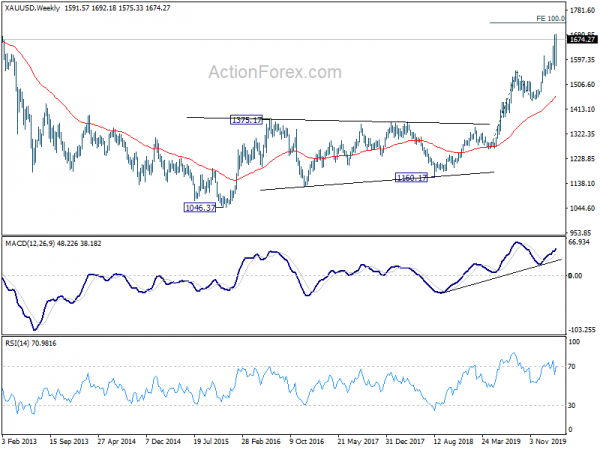 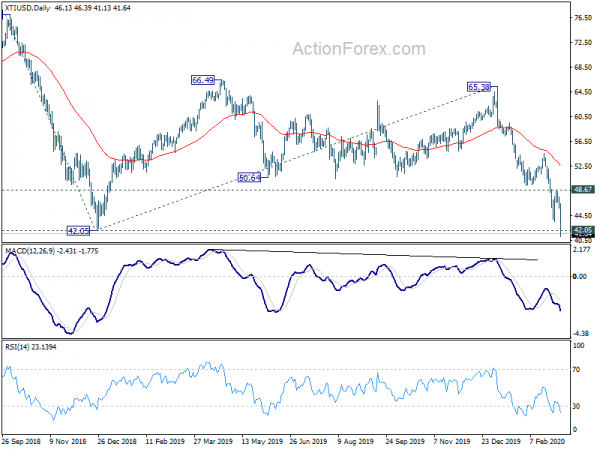 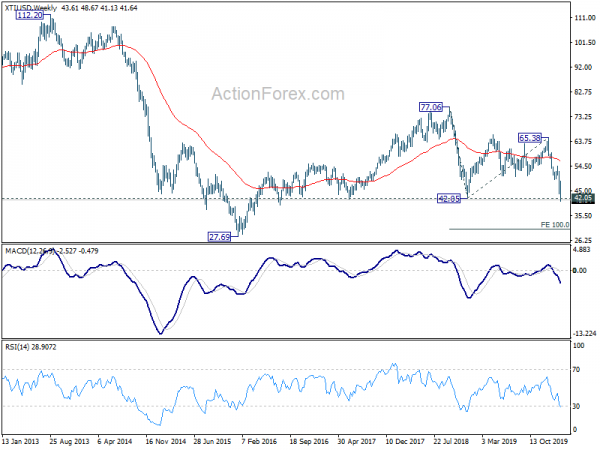 EUR/USD’s strong break of 1.1239 resistance last week confirmed medium term bottoming at 1.0777. Initial bias remains on the upside this week for 1.1456 fibonacci level. Reactions from there would reveal if its undergoing medium term bullish reversal. On the downside, break of 1.1095 minor support is needed to indicate short term topping. Otherwise, near term outlook will remain bullish in case of recovery. 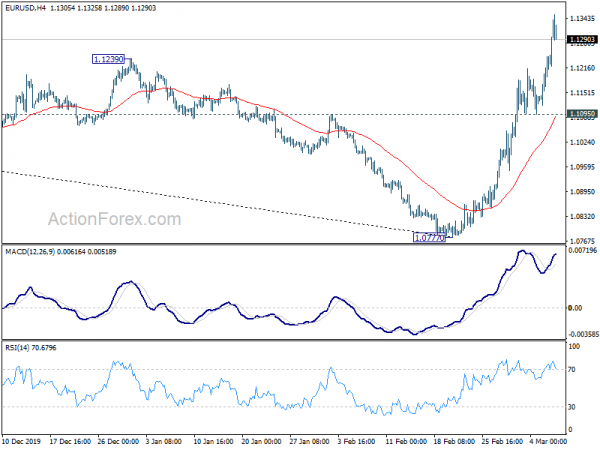 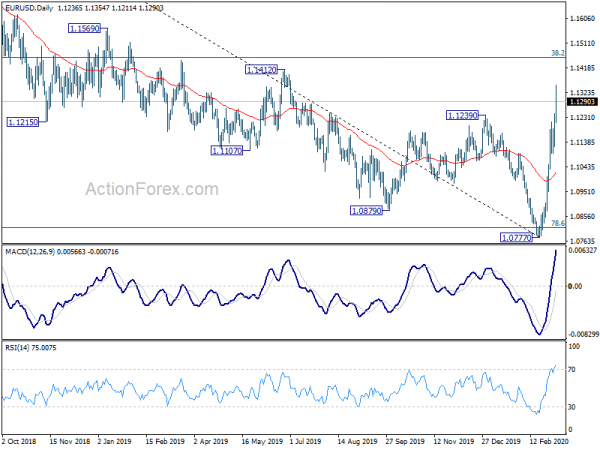 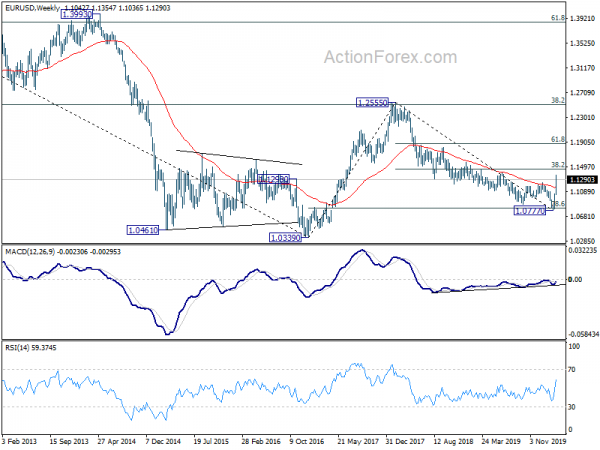 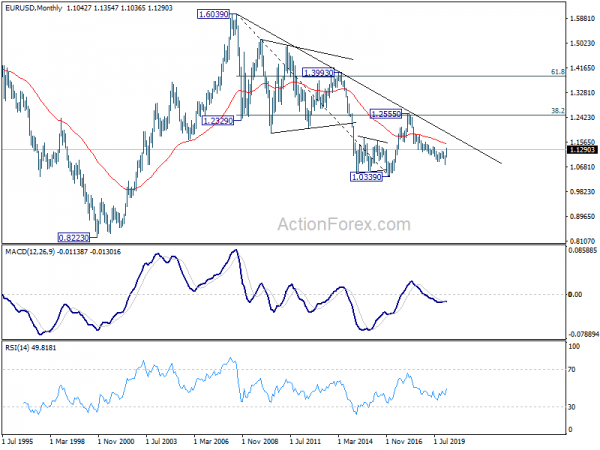