The financial markets didn’t start the second quarter with a bang even though coronavirus pandemic carried on. Globally, confirmed cases surged through 1.1m level but that’s now more of an indication of the speed of tests. Death toll, on the other hand, remains worrying as it broke 60k handle without sign of slowing down.

Markets turned into mild risk averse mode, but downside pressure was somewhat eased by rebound in oil price. Dollar rode on risk aversion and ended the week as the strongest one, followed by Yen. USD/JPY’s recovery ahead of 106.75 near term support suggests that Dollar is having an upper hand, for now. New Zealand Dollar ended as the weakest one, followed by Euro and then Aussie. 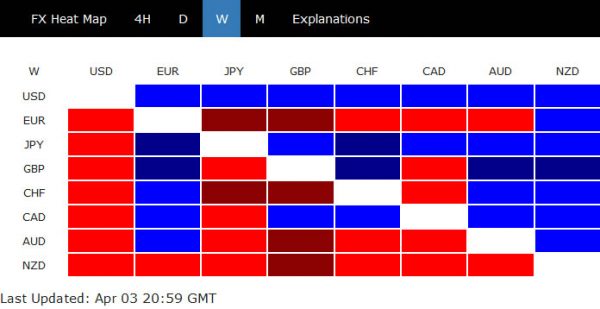 DOW might be heading back to 18213.65 low as corrective recovery finished 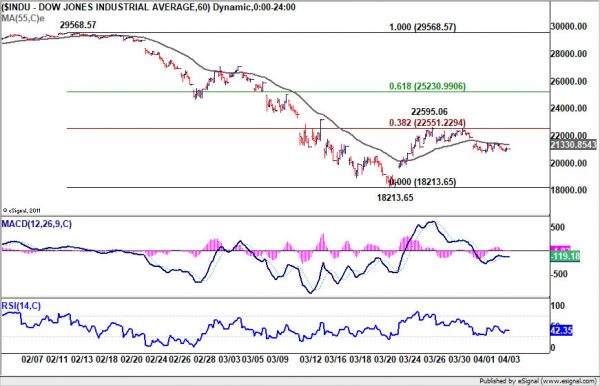 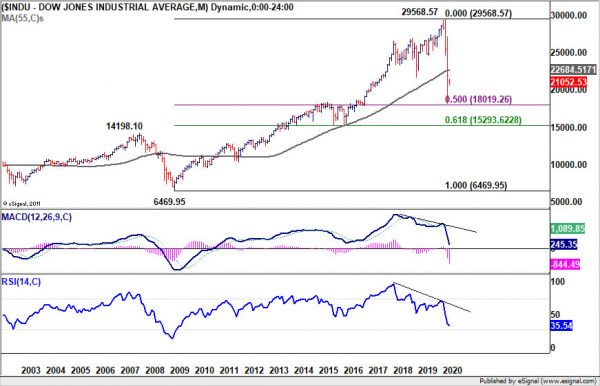 WTI oil rebound on production hope, still unsure if a deal could be reached

WTI crude oil staged a strong rebound last week on talks that OPEC+ are working on a deal to cut production equivalent to around 10% of global supply. However, comments from Saudi Arabia and Russia argued that there are still huge differences between the two. Though, they still have one thing in common in the push for US to cut production of shale oil too, which US is rejecting. The OPEC+ meeting is said to be postponed from April 6 to April 8 or 9 to allow more time for negotiations. We might see oil back under pressure should talks collapse again. 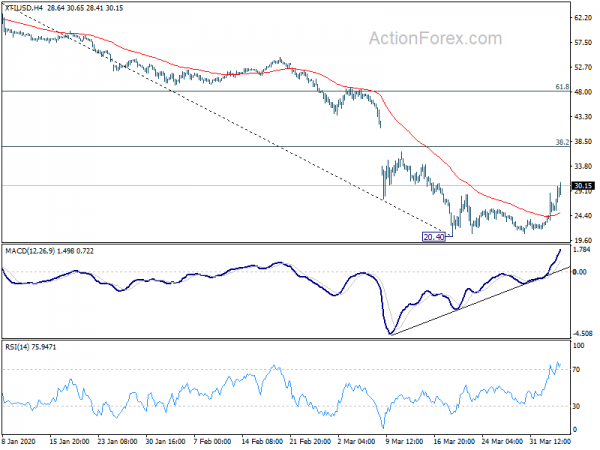 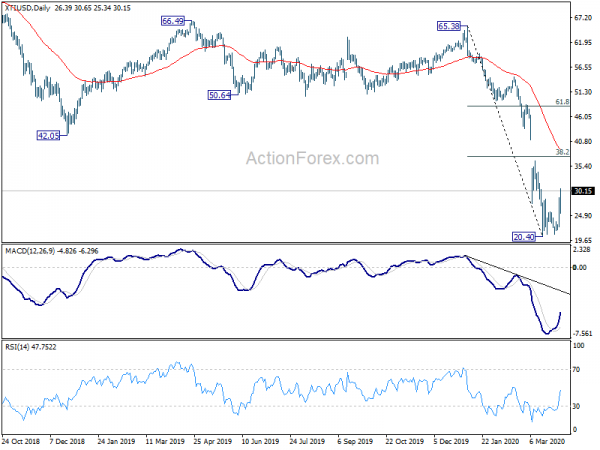 Dollar index rebounded strong, but break of 102.99 not expected soon yet 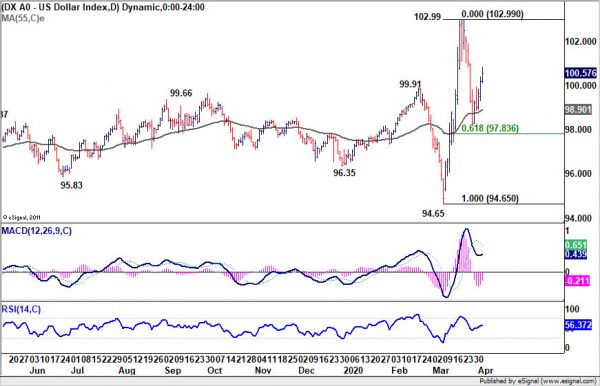 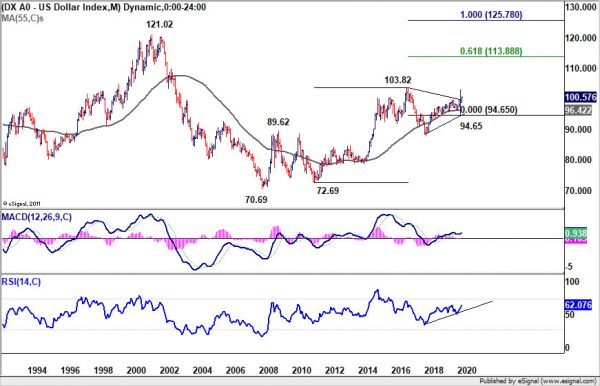 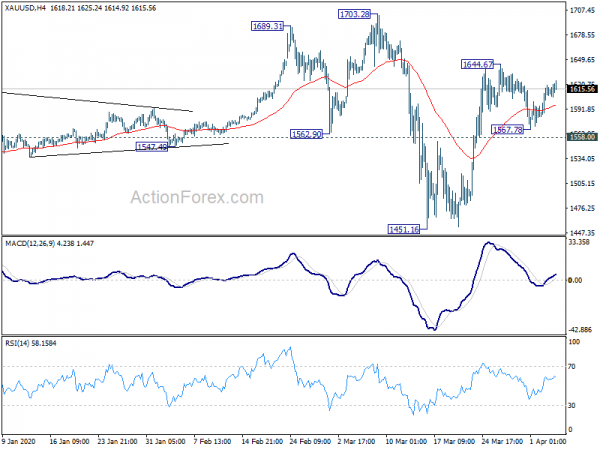 On the other hand, break of 1558, will indicate that the rebound from 1451.16 has completed and bring retest of this support. We’d maintain our view that gold’s development could be a litmus test for Dollar’s underlying strength. We won’t favor a above mentioned 102.99 high in dollar index until we see a break of 1558.00 in gold. 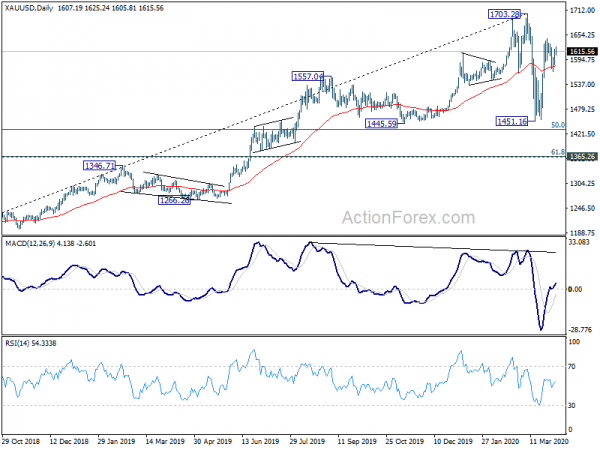 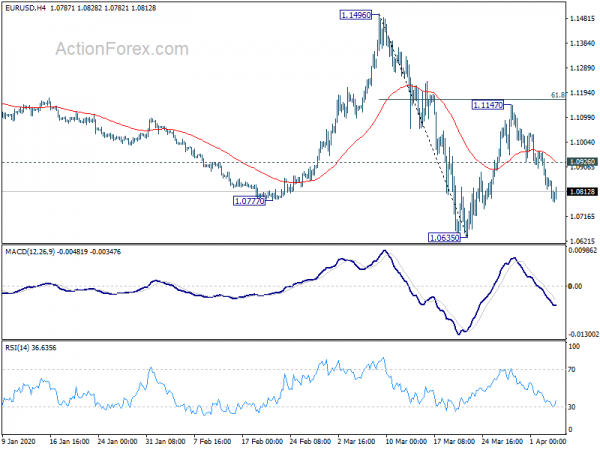 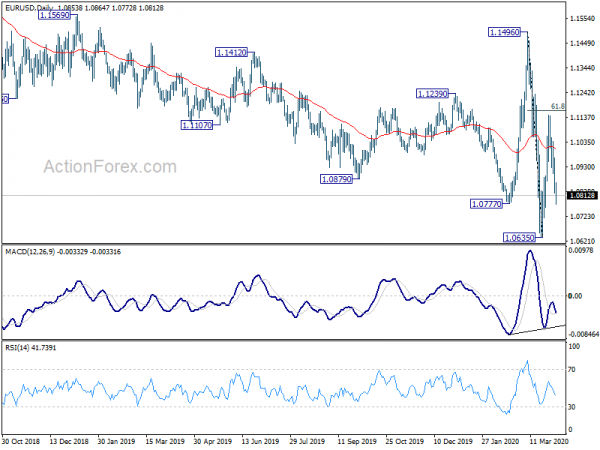 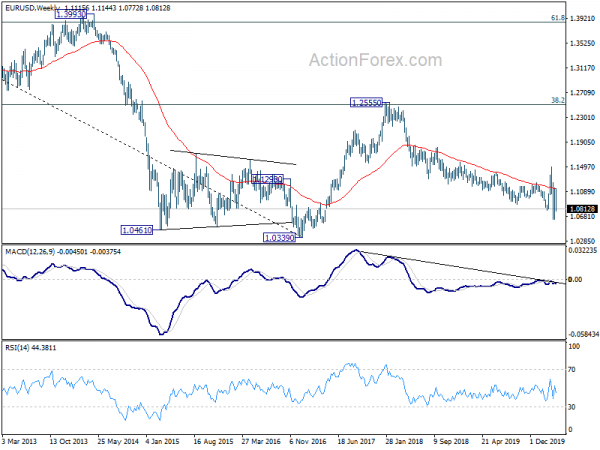 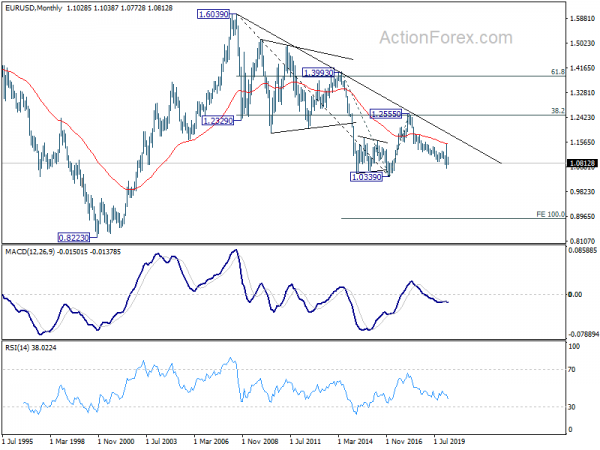