Some old and new global risks, other than coronavirus, have been (re-)emerging in recent weeks. US-China relation is heading another step towards cold war with US President Donald Trump’s new set of measures against China announced on Friday. Unrest that started in Minneapolis quickly spread from Los Angeles to Miami to Chicago, with a “I can’t breathe” movement. Brexit negotiations continue to head nowhere. There is no noticeable improvement in coronavirus containment in Brazil, Mexico, nor Russia. But these risks weren’t much reflected in the financial markets.

Instead, Australian Dollar ended last week as the strongest one, with much strength seen New Zealand Dollar and Canadian too. Euro was the second strongest as traders cheered the Next Generation EU recovery plan. On the other hand, Yen, Dollar and Swiss Franc were the worst performing ones. The Dollar index is now sitting in an important near term support zone and should reveal whether it’s ready to reverse the medium term soon. As for risk markets, there won’t be any sign of topping unless until some near term support levels are taken out firmly. 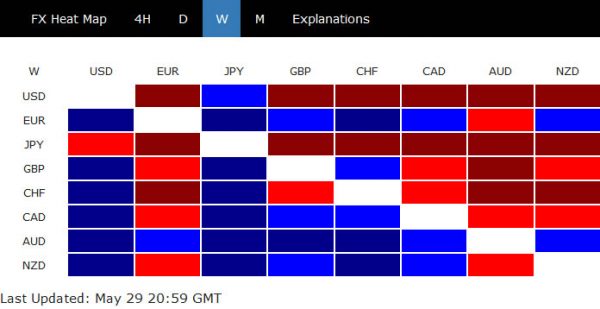 Dollar index is now in a key support zone after last week’s decline, thanks to rally in EUR/USD. We’re still seeing price actions from 102.99 as a corrective move. Thus, strong support should be seen from 61.8% retracement of 94.65 to 102.99 at 97.83 to bring rebound. Break of 99.97 resistance would indicate completion of the correction and turn near term outlook bullish for retesting 102.99 high. 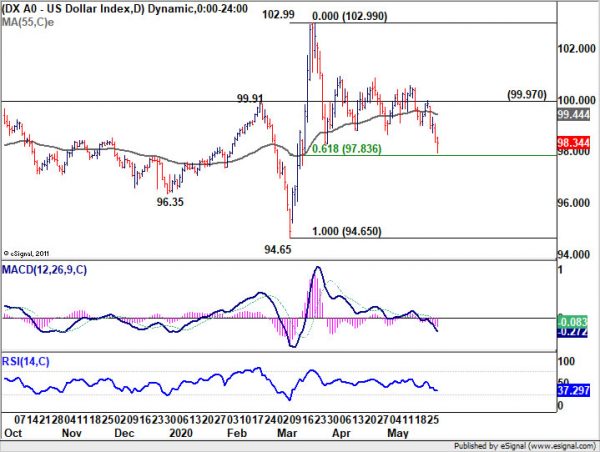 However, sustained break of the above mentioned 97.83 support would have 55 week EMA (now at 98.24) firmly taken out too. That would seriously raise the chance of medium term reversal. That is, the choppy rise form 88.25 might have finished at 102.99 after failing 103.82 key resistance. In that case, deeper decline could be seen through 94.65 support to reverse the whole up rise from 88.25. We’d likely know which way the DXY takes within June. 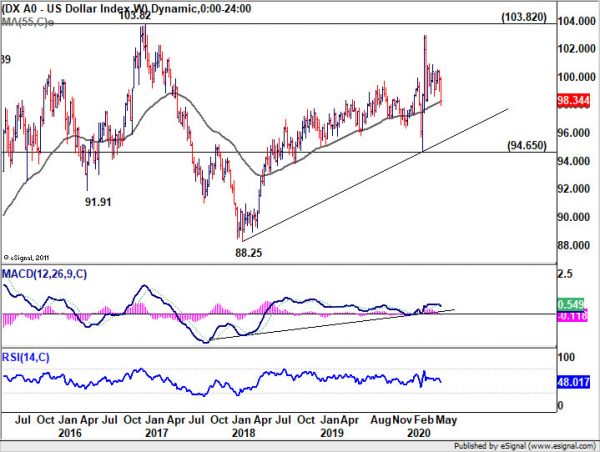 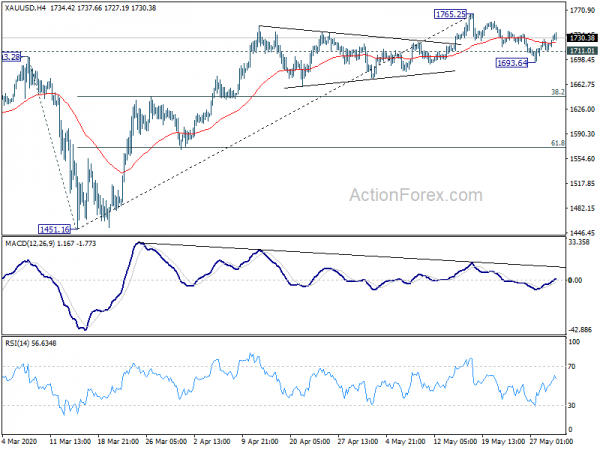 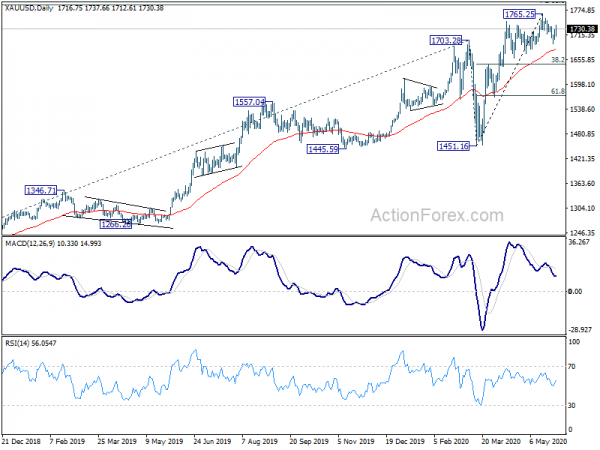 As for the stock markets, DOW is pressing 55 week EMA, which is an ideal place to complete the corrective rebound from 18213.65. But a break of 24294.07 support is needed to indication short term topping first. Otherwise, further rise will remain in favor. 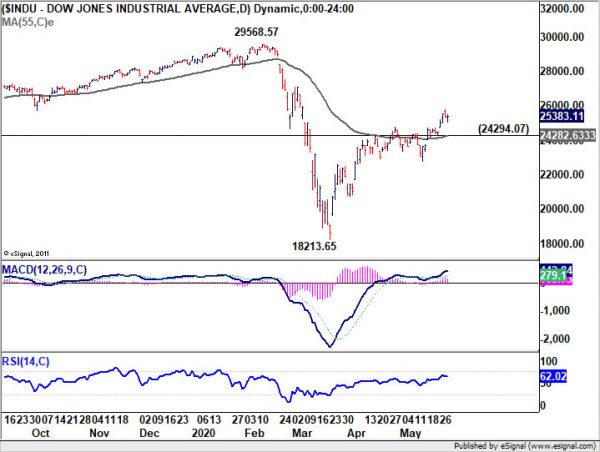 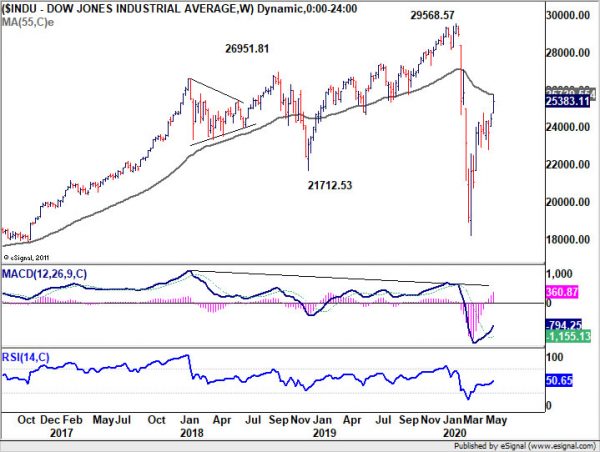 Similarly S&P 500 has too break 2933.59 support to confirm a top, before calling reverse of the rebound from 2191.86. Otherwise, further rise remain in favor. 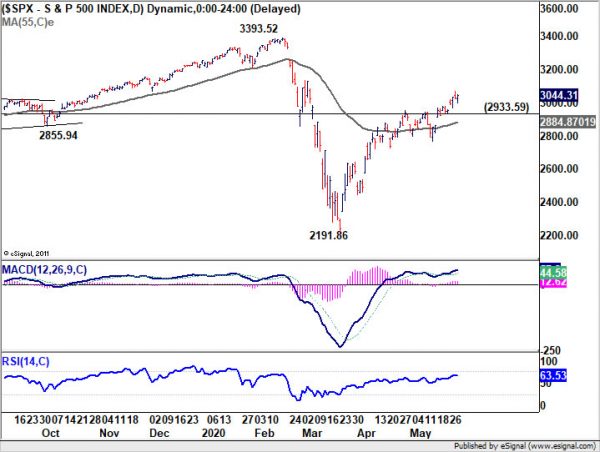 No panic in HSI or CNH despite US-China tension

Hong Kong is at the eye of the storm now in US-China tension, as a cause and an effect. HSI’s corrective recovery from 21139.26 should have completed at 24855.47 after rejection by 55 day EMA. Yet, despite last week’s development, there was no selling through the initial low at 22519.73. Firm break of this support is needed to indicate that investors have finally started to panic. 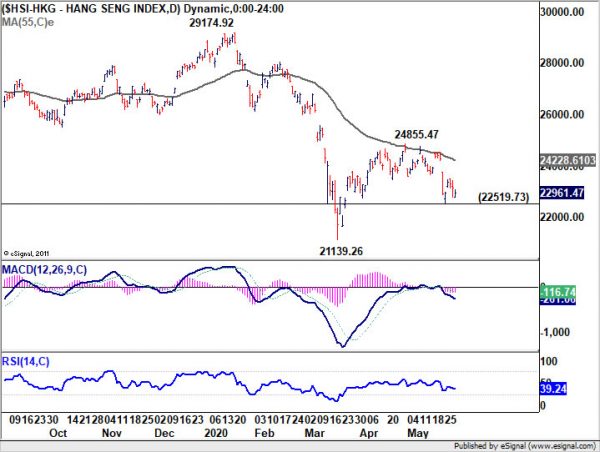 Similarly, USD/CNH breached 7.1953 resistance just very briefly and retreated since then. This resistance is tentatively defended for now. Focus is back on 7.0963 support and break there will indicate near term reversal, to extend the consolidation pattern from 7.1953 with another falling leg. Meanwhile, firm break of 7.1953 will argue that traders have finally started to panic. But before that, it’s just business as usual. 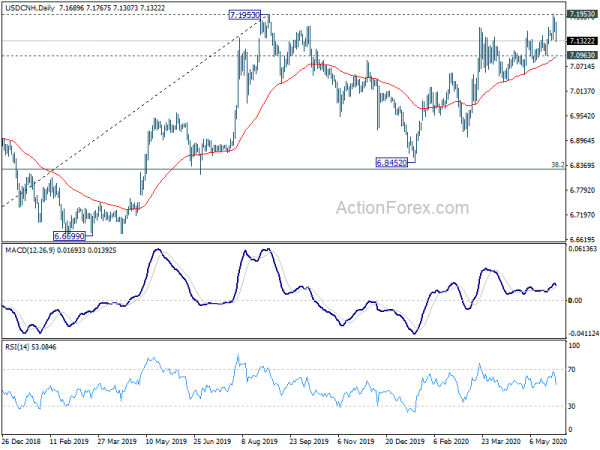 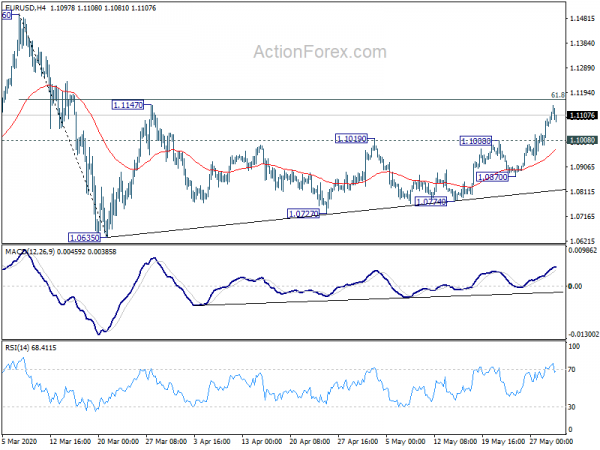 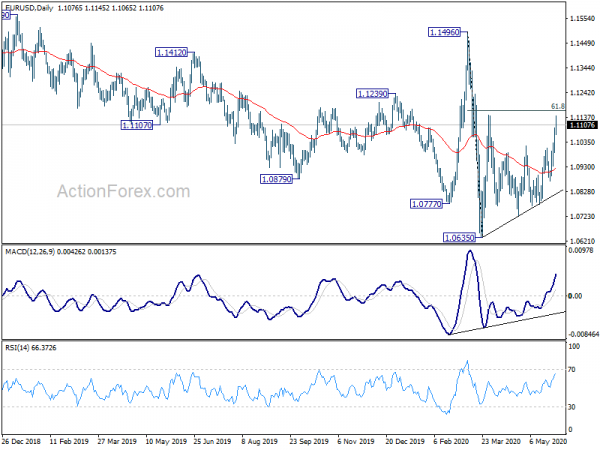 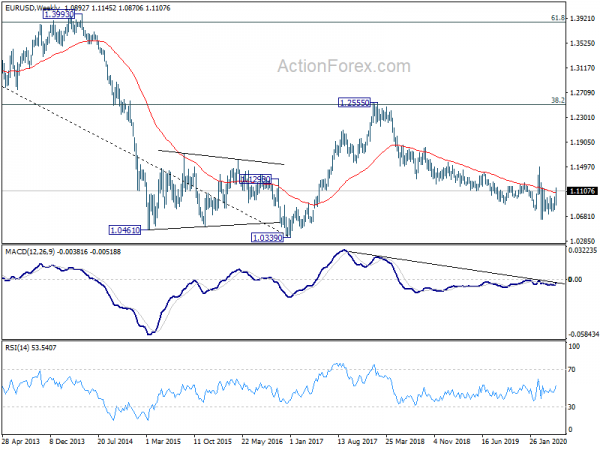 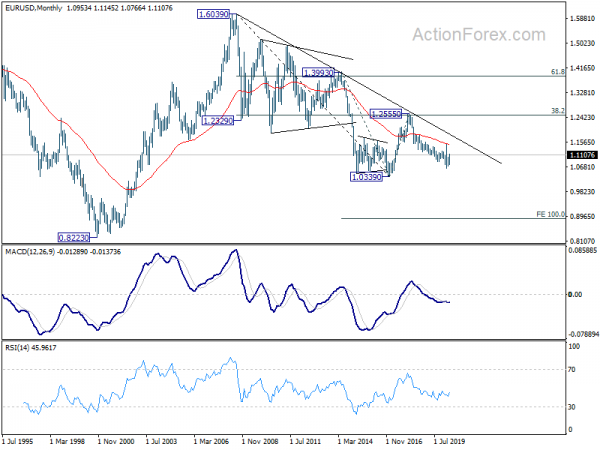