Risk Reversal Building Up on Coronavirus and US-China Tensions

The conditions for risk reversal continued to build up last week and somewhat intensified. On the one hand, daily new coronavirus cases surged to new high for the world world, as well as for the US. Daily global new deaths were steady and the US death tolls trended down. Yet, the development is enough for worries on at least a delay in reopening, with risks of reversing ease of restrictions. 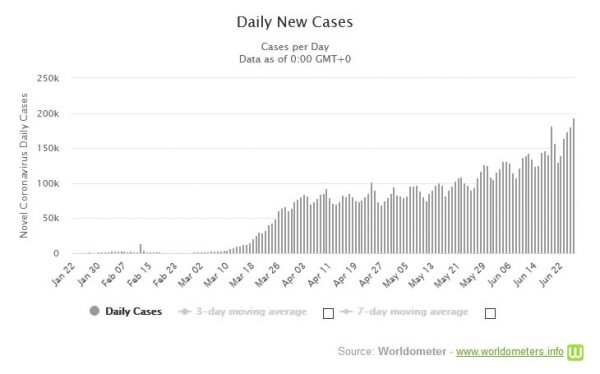 On the other hand, the stage was also set for an acute deterioration in US-China relations. Senate passed the so called Hong Kong Autonomy Act by unanimous vote on Thursday. Secretary of State Mike Pompeo also announced on Friday visa restrictions on Chinese Communist Party officials believed to be responsible for undermining freedoms and autonomy in Hong Kong. The CCP is set to ignore global condemnations and impose new “national security” laws on Hong Kong by this week, bypassing they city’s own legislature. That would in turn very likely trigger new sanctions from the US, and possibly from other countries too.

In spite of the developments, risk reversal is not clearly confirmed yet. US stock indicates could merely be extending near term consolidations. There was no sustainable buying in Dollar, nor Yen. Gold’s up trend resumption could be a sign, together with the break of near term support in GBP/CHF and EUR/CHF. Yet, more levels need to be taken out before confirming the come back of risk aversion. 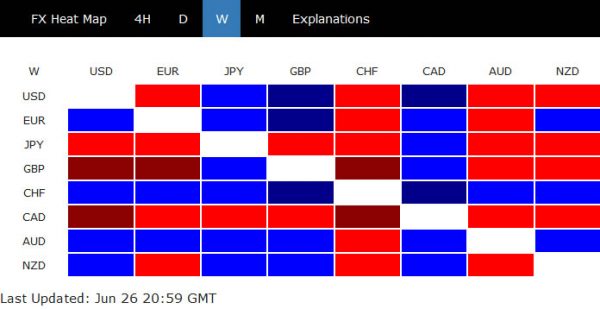 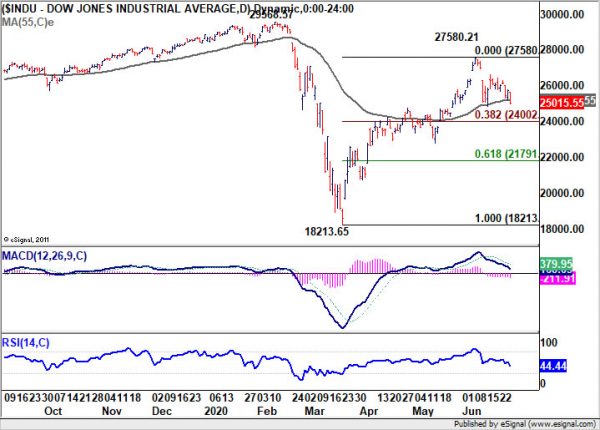 Dollar index recovered after initial dip last week but upside momentum has been rather unconvincing. After all, price actions from 95.71 is seen as a consolidation pattern only. Another fall through 95.71 would be in favor as long as 38.2% retracement of 102.99 to 95.71 at 98.49. However, firm break 98.49 will suggest near term reversal for 61.8% retracement at 100.21 and above. That would be another indication of risk reversal if happens. 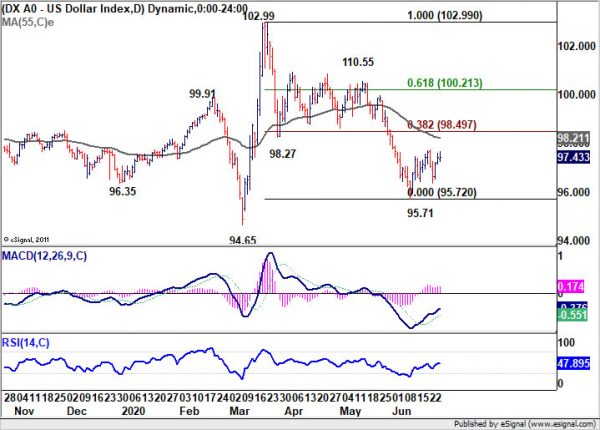 Gold resumes up trend, targets 1864 next 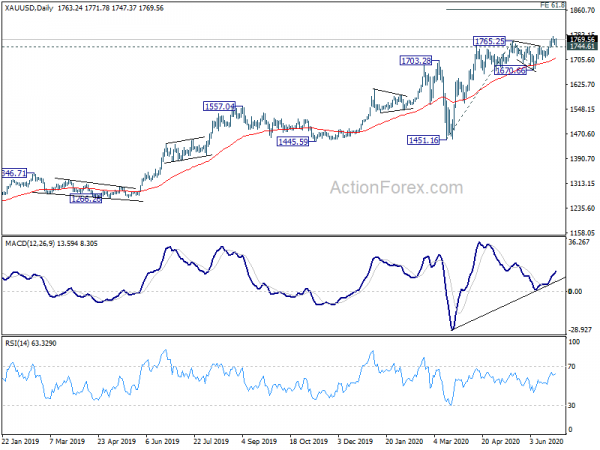 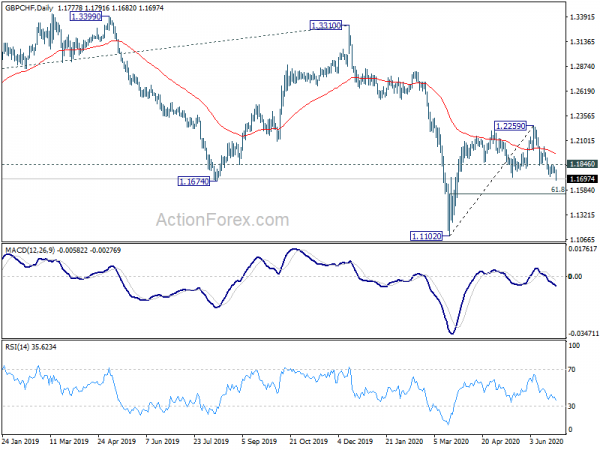 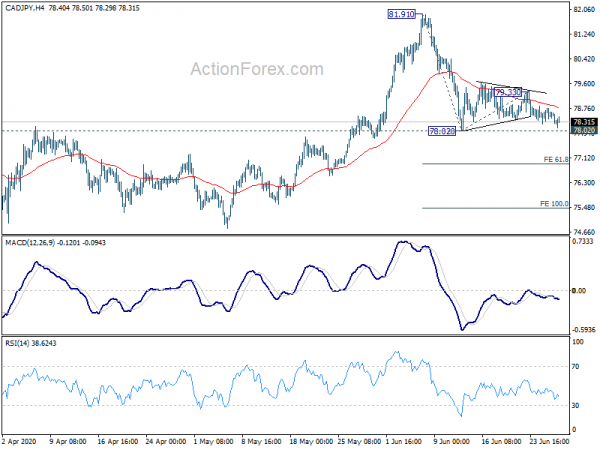 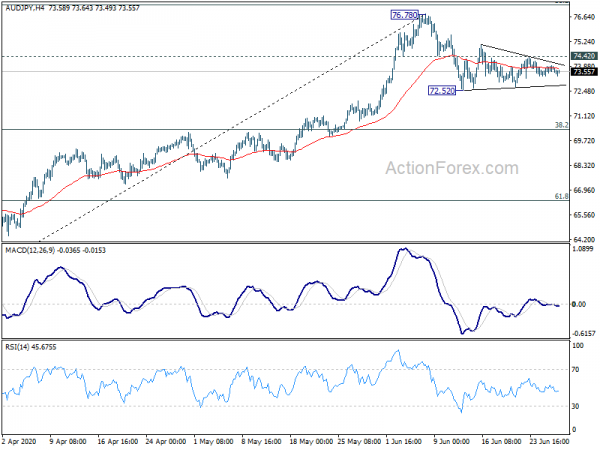 EUR/CHF recovered in the middle of last week but the decline from 1.0915 quickly resumed. Initial bias stays on the downside this week. With 55 day EMA taken out again, deeper fall should be seen to retest 1.0503 low. On the upside, break of 1.0711 resistance is needed to indicate short term bottoming. Otherwise, outlook will remain cautiously bearish in case of recovery. 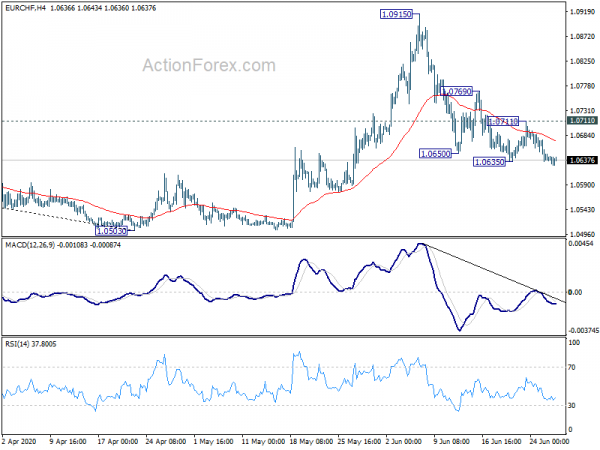 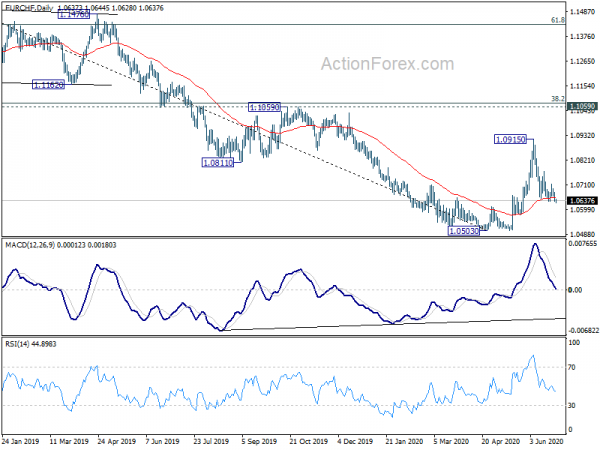 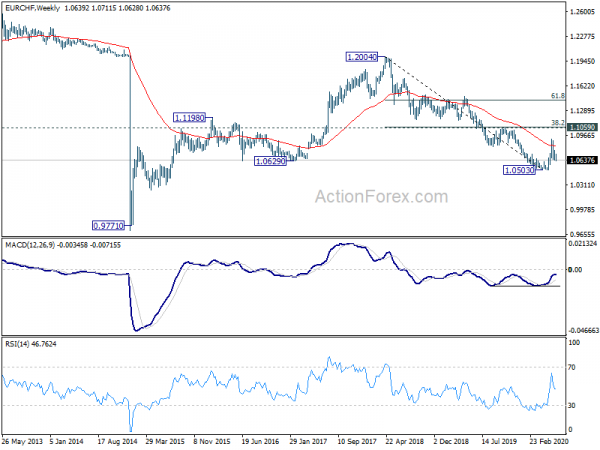 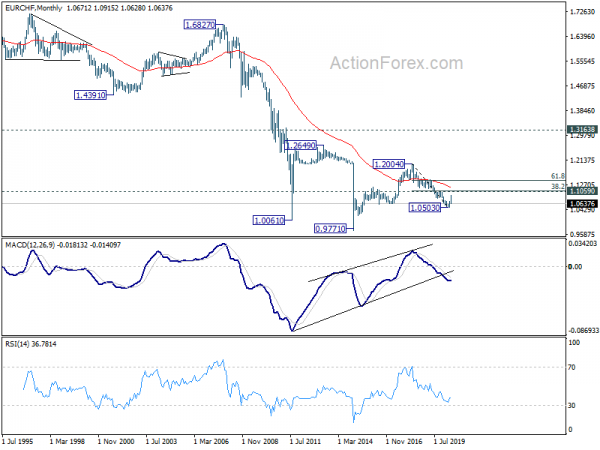