Dollar was under pressure most of the week on risk-on sentiments. NASDAQ gapped higher and marched to new record highs. Nevertheless, the greenback staged a notable comeback after combination move by the US administration against the Chinese Communist Party, with bans on TikTok and WeChat, as well as sanction on Hong Kong and Chinese officials. Still, the greenback couldn’t take out some near term resistance levels against other major currencies yet.

New Zealand Dollar ended as the worst performing one, thanks to cross selling against Aussie. Sterling followed as second and Dollar as third weakest. Australian Dollar was the strongest, lifted by strong rally in iron ore price. Canadian Dollar is the second strongest, as WTI crude oil breaks above key resistance at 42. We’ll see if Dollar could finally stage a sustainable rebound this week. 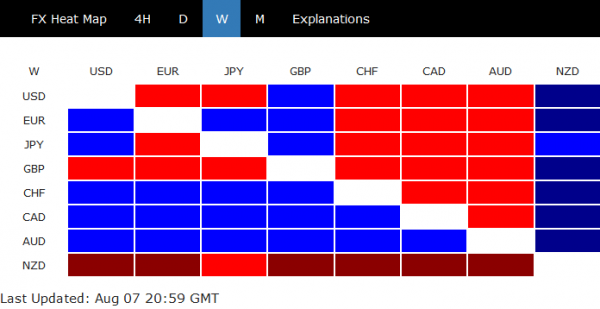 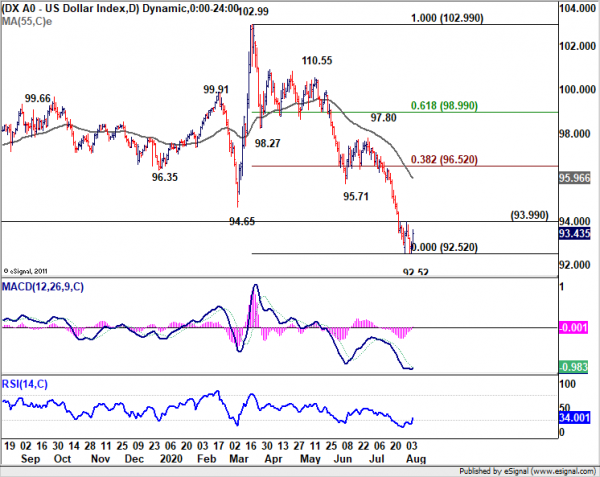 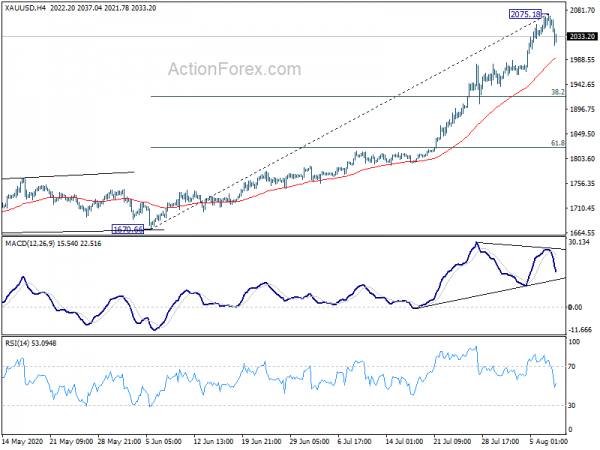 As the next move of Dollar could be driven by further escalation in US-China tension, we’ll keep an eye on the development in Hong Kong stocks too. HSI tumbled to as low as 24167.79 on Friday but drew support from a near term channel and recovered. But that was only the reaction to the ban of TikTok and WeChat. It hasn’t priced in the sanction of 11 Hong Kong officials by the US Treasury.

Another round of selloff as the week starts would likely take out the channel support firmly. That would argue that whole corrective rise from 21139.26 has completed with waves up to 26782.61. Steeper selling could be seen to 22519.73 support for confirmation. Though, break of 25201.43 resistance will clear near term downside risks for now. 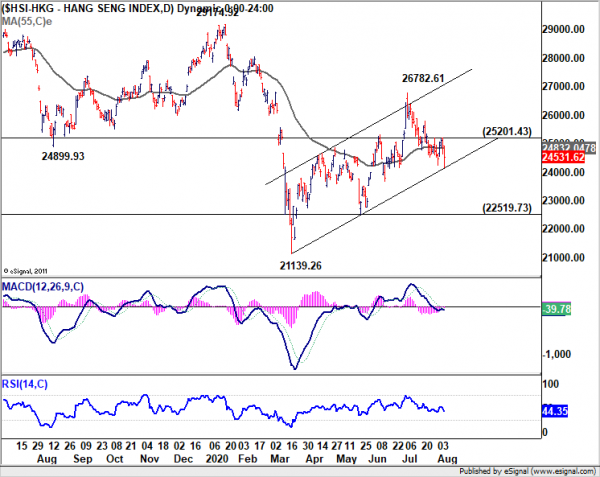 AUD/NZD and AUD/CAD approaching key resistance, with loss of momentum

In case that risk aversion starts and spreads from Asia, commodity currencies are something that worth a watch. While Australian Dollar has been outperforming Canadian and New Zealand Dollar, respective crosses are approaching key near term resistance, with loss of upside momentum. There is prospect for Aussie to lead the move lower.

AUD/NZD continued to gyrate higher last week but upside momentum was clearly diminishing as seen in 4 hour MACD, as it approaches 1.0880 resistance. Bear in ming that it’s also close to 1.0865 structural resistance, which is failed to sustain above once. Another rejection is possible and break of 1.0717 support will extend the consolidation form 1.0880 with another falling leg towards 1.0565 support. 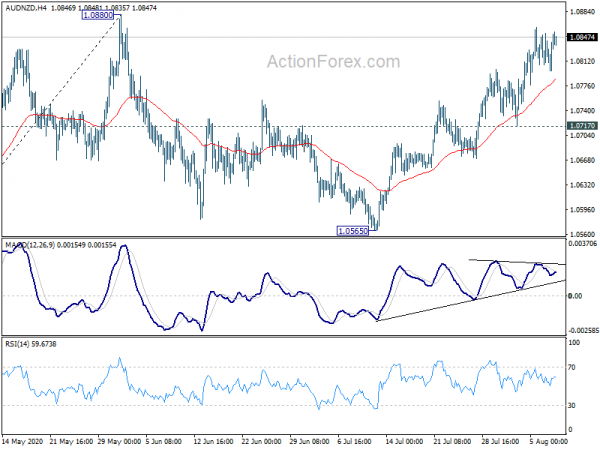 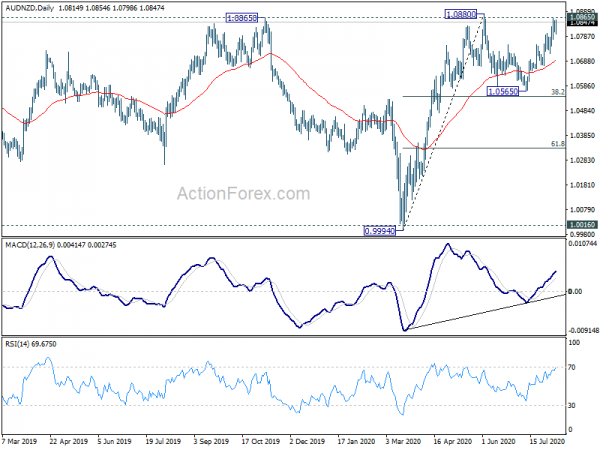 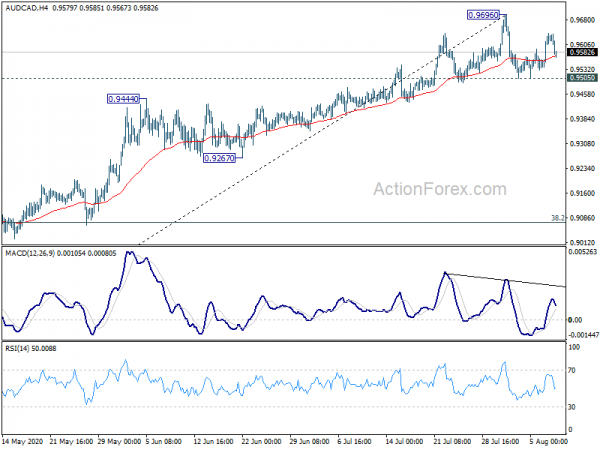 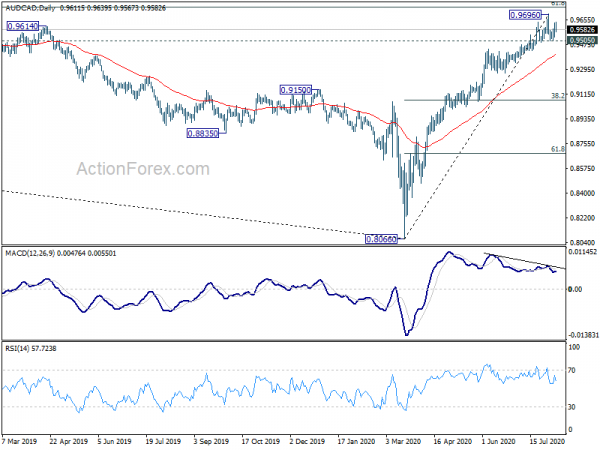 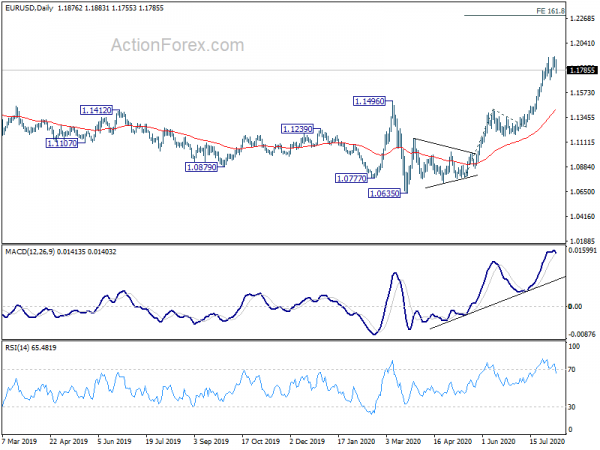 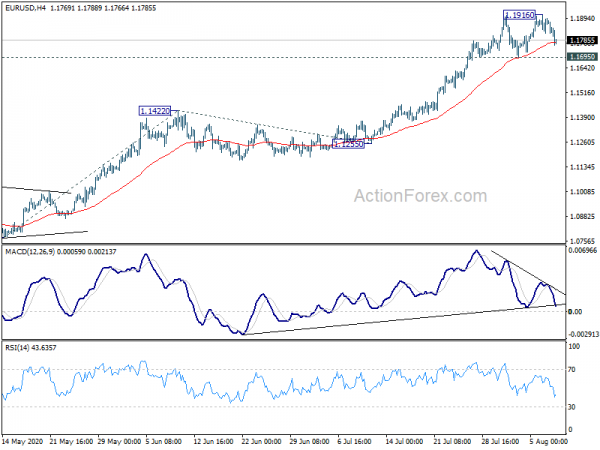 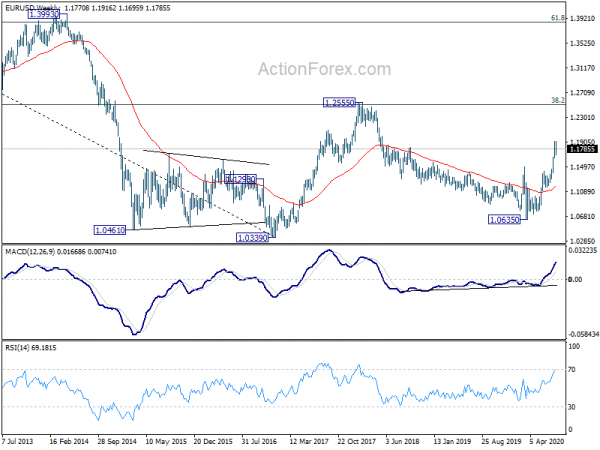 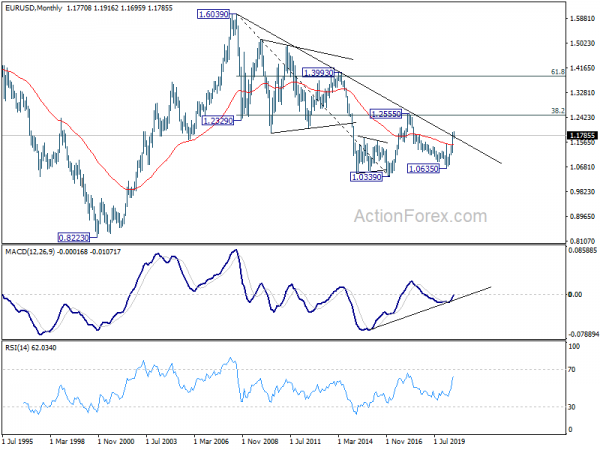