Yen ended up broadly as the strongest one last week, extending this month’s rebound. Domestically, political uncertainty was cleared with Yoshihide Suga took up the job of Prime Minister, ensuring continuity of Abenomics. Externally, geopolitical risks at the South China Sea and Taiwan Strait heightened while US-China relations deteriorated further. Coronavirus infections came back with another surge in Europe. Stock markets looked vulnerable for deeper correction. There is prospect of more upside in the Yen ahead.

Sterling ended as one of the strongest, surviving dovish BoE. But that’s most likely just a corrective recovery as risks stay on the downside. Dollar attempted a rally after FOMC but quickly faded and ended mixed. Canadian Dollar was given no support from surging oil prices while Swiss Franc was surprisingly the weakest one.

Dollar attempted to rally last week after clearing FOMC risk, without any unexpected extra dovishness. The statement clearly reflected the idea of averaging inflation targeting, as Fed will “aim to achieve inflation moderately above 2% for some time so that inflation averages 2% over time”. The latest projections indicates that fed funds rate will stay at the current 0-0.25 % at least until 2023, which is unsurprising.

Yet, the greenback’s rally disappointed and faded quickly. Dollar index was tuck below 93.66 near term resistance, which keeps outlook bearish. The development was clearly reflected in EUR/USD, which dipped to 1.1737 but recovered. For now, outlook in DXY is unchanged that another fall below 91.74 cannot be ruled out. But firm break of 93.66 should at least start a correction to fall from 102.99 to 91.74, and target 38.2% retracement at 96.03. 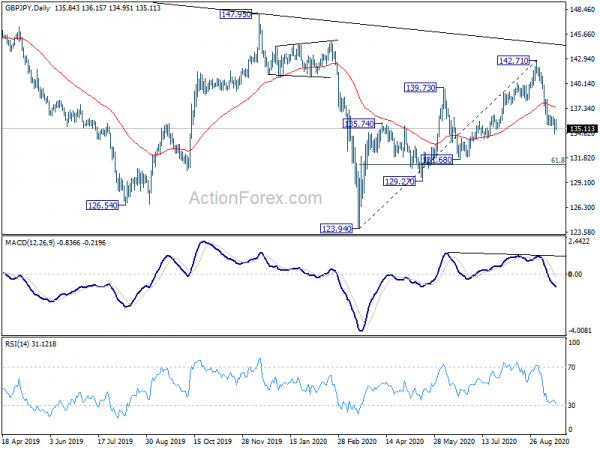 Considering the risk of deeper correction in stocks, there is prospect of further rally in Yen this week. In particular, NASDAQ’s close below 55 day EMA affirms the case that it’s already in correction to rise from 6631.42 to 12074.06. Deeper decline is expected as long as 11245.41 resistance holds, to 38.2% retracement of 9994.97, which is close to 10000 psychological level. 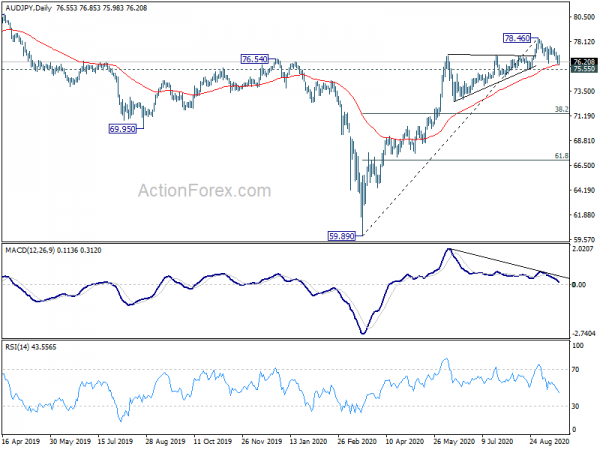 EUR/USD dipped to 1.1737 last week but quickly recovered. The development dampened our immediate bearish view that it’s already correcting the rise from 1.0635. Initial bias remains neutral this week first. On the downside, below 1.1737 will reaffirm the bearish case and turn bias to the downside for 38.2% retracement of 1.0635 to 1.2011 at 1.1485. On the upside, though, break of 1.1917 will revive near term bullishness and bring retest of 1.2011 resistance first. 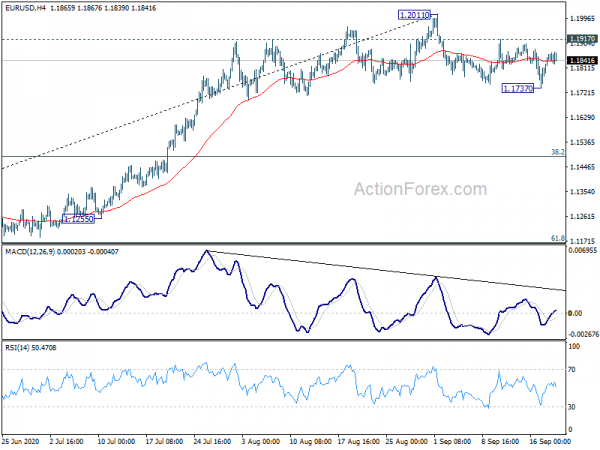 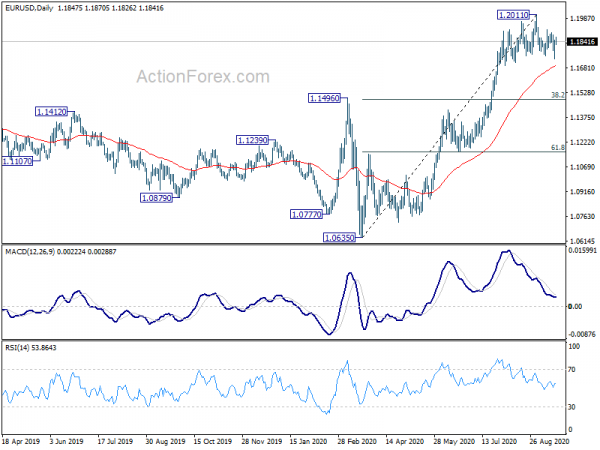 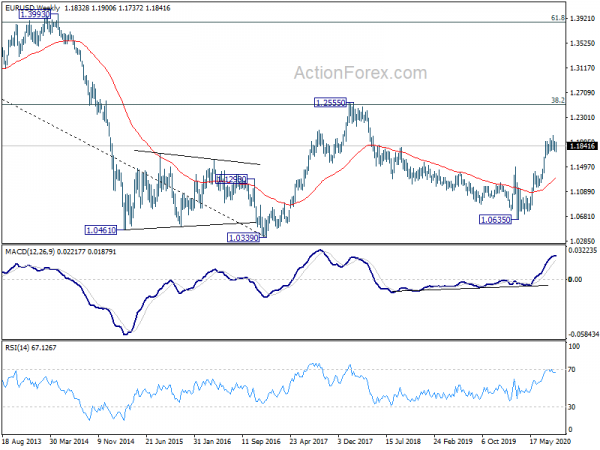 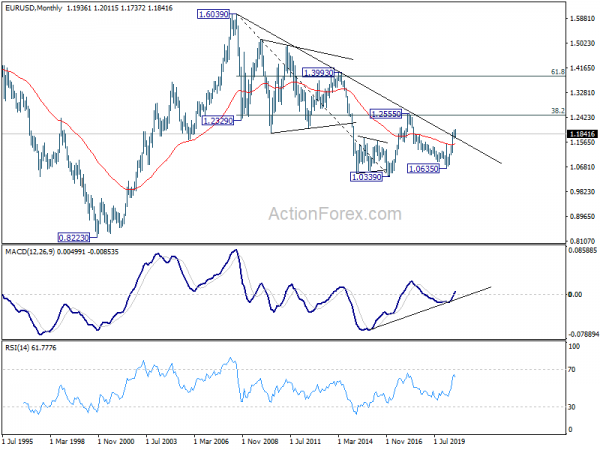 Week Ahead – Fed Meeting, Barrage of Data, and Tech Earnings

Cliff Notes: Gauging Economic Strength at the Turn of the Year