Dollar Tumbled as Investors Hungry for Risks, Down Trend Resuming?

Yen and Dollar ended the week as overwhelmingly the worst performing ones. Despite all the jitters regarding US President Donald Trump’s coronavirus infections, stimulus talks stalemate, major stock indices ended the week strongly higher. Yen is additionally pressured by strong rally in treasury yields too.

On the other hand, Canadian Dollar was doubled boosted by the rally in oil prices, as well as solid employment data, ending as the strongest. Australian Dollar performed very well too even though RBA signaled more easing ahead, probably in November. New Zealand Dollar, lagged behind as RBNZ is actively preparing for negative rates.

Despite initial set back and some volatility, US stocks staged a strong rally last week. S&P 500 defended 55 day EMA well and rose to close at 3477.13. Further rise would be expected in near term for retesting 3588.11 key resistance.

Technically, we’d still believe price action from 3588.11 hasn’t fullfil both the time and depth of the corrective pattern. Fundamentally, we’d doubt the commitment of bulls before clearing US election risks. Hence, we’d be cautious on strong resistance from 3588.11 to bring another fall. Break of 55 day EMA (now at 3336.61) will target 38.2% retracement of 2191.86 to 3588.11 at 3054.74 to complete the three wave consolidation. However, sustained break of 3588.11 will invalidate our cautious view again and confirm up trend resumption.

US treasury yield also staged an impressive rally last week. 10-year yield jumped to close at 0.775, getting rid of 55 day EMA cleanly. Further rise is now expected for the near term to 0.957 resistance At this point, we’d re not expecting a firm break there. Rather, strong resistance should be see to keep TNX in range. Nevertheless, near term outlook won’t be too bad as long as 55 day EMA (now at 0.6849) holds.

The combined development was accompanied by sharp, broad based decline in Dollar, in particular on Friday. Rising yields provided no support to the greenback. Instead, reverse safe-haven flows were in full force. The development now suggests that Dollar index’s rebound from 91.74 has completed at 94.74 already. Retest of 91.74 should be seen next.

The prospect of breaking through 91.74 to resume the down trend from 102.99 would depend very much on overall risk sentiments. We’re not expecting a clear decision from trader before US elections. Hence, 91.74 should on for the near term. Still, October could be full of surprises.

Gold’s intra-week sharp decline now proved to be a bear trap that caught many sellers. Subsequent strong rally, on the back of Dollar weakness, pushed it through 1921.01 resistance, as well as the trend line resistance. Near term development is now rather bullish as the consolidation pattern fro m2075.18 could have completed at 1848.39 already. Further rise would be seen back to 1973.58 resistance next.

Decisive break of 1973.58 would add to the case of larger up trend resumption and target a retest on 2075.18 high. If it happens this way, it could be an early signal, or reconfirmation of Dollar index’s break of 91.74 low. 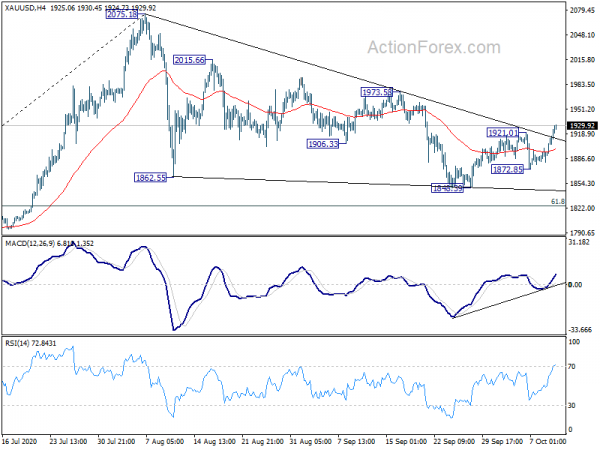 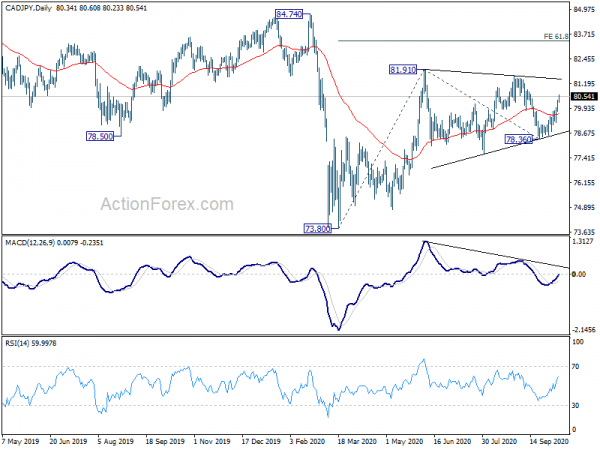 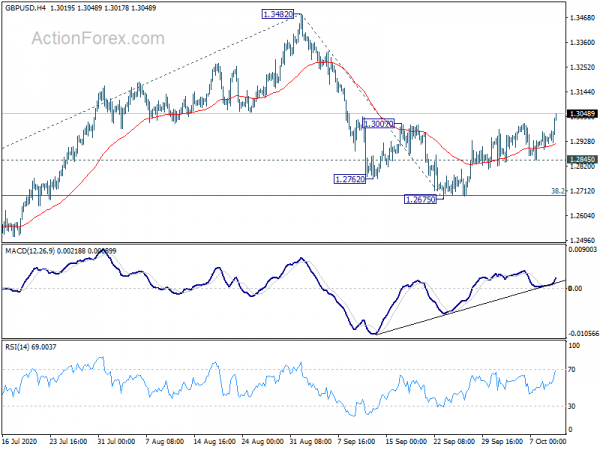 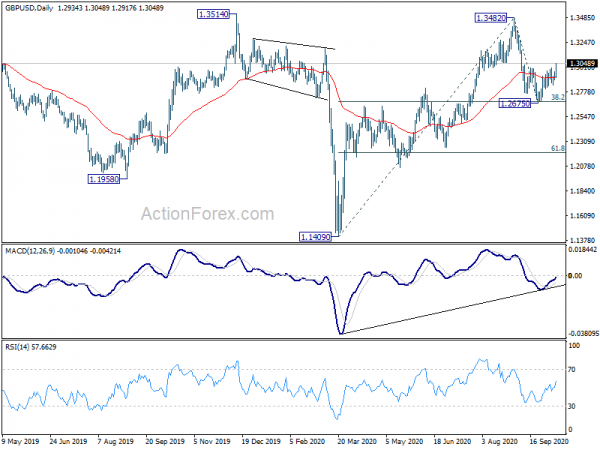 In the longer term picture, GBP/USD is staying below decade long trend line from 2.1161 (2007 high). It also struggles to sustain above 55 month EMA (now at 1.3317). Long term outlook stays bearish for now, despite bullish convergence condition in monthly MACD. 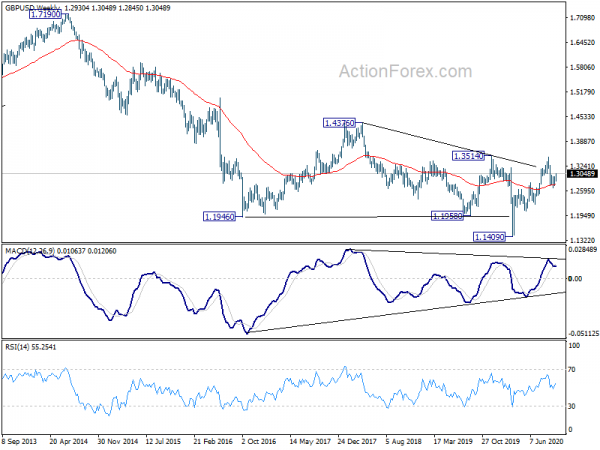 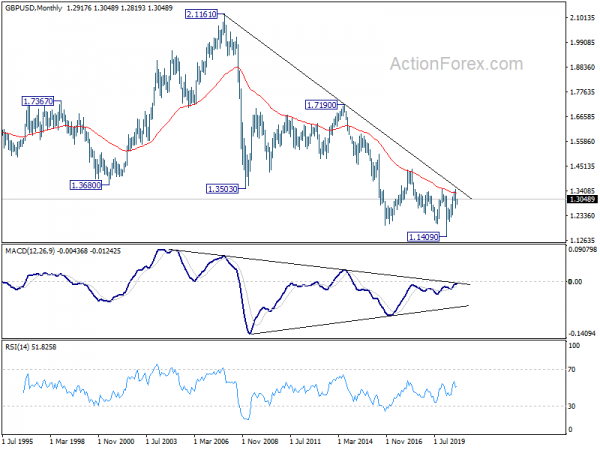