Action Forex
HomeMarket OverviewWeekly ReportDollar Relatively Resilient in Strong Risk-on Market, Setting the Base for a...

Dollar Relatively Resilient in Strong Risk-on Market, Setting the Base for a Rebound?

Global investors were all in risk seeking mode in the first full week of 2021. That came despite all the headlines of surges in coronavirus infection and death, return to strict lockdowns, chaos in Washington and Joe Biden’s certification as US President-Elect. Dollar didn’t perform too well but there was surprisingly no deep selloff neither. Strong rally is US treasury yield was probably finally giving Dollar some support, which was in turn reflected in the selloff in Gold too. Is Dollar’s finally building a base for sustainable rebound? We’d likely see very soon.

Staying in the currency markets, selling focus turned to the Japanese Yen. Sterling followed Yen and Dollar and ended as the third weakest. Australian Dollar ended as the strongest one, followed by New Zealand Dollar. Other major currencies are generally mixed, including the Canadian, which reacted little to rise in oil prices.

US 10-year yield surged on growth and reflation optimism

US 10-year yield also surged sharply last week, on the theme of post-vaccine economic growth and reflation. 1% psychological level would now likely provide a floor for any pull back. Immediate focus is on channel resistance at 1.14. Decisive break there could indicate upside acceleration towards 1.266 key resistance.

Dollar index didn’t suffer any deep selloff last week despite strong risk appetite. Surging treasury yield might finally be supporting the greenback. Also, as we noted before, while the down trend could still continue as long as 91.01 resistance holds, we’re expecting strong support from key support zone, between 88.25 and 61.8% projection of 102.99 to 91.74 from 94.74 at 87.88, to bring rebound.

Break of 91.01 resistance would now suggest that DXY has bottomed slightly earlier than expected, on bullish convergence condition in daily MACD. Stronger rebound should then be seen back towards 94.74 resistance, as a correction. Still, even in this case, we won’t consider the case of bullish trend reversal yet as long as 94.74 resistance holds.

Development in Gold last also some what reflected Dollar’s resilience. Gold suffered a steep reversal after being rejected by 1965.50 resistance. The corrective pattern from 2075.18 might be starting another down leg for 1764.31 and below. Though, even in that case, we’d expect strong support from 38.2% retracement of 1160.17 to 2075.18 at 1725.64 to contain downside to bring rebound. Sustained break of 1725.64 is needed to be a tentative signal for bullish reversal in Dollar. 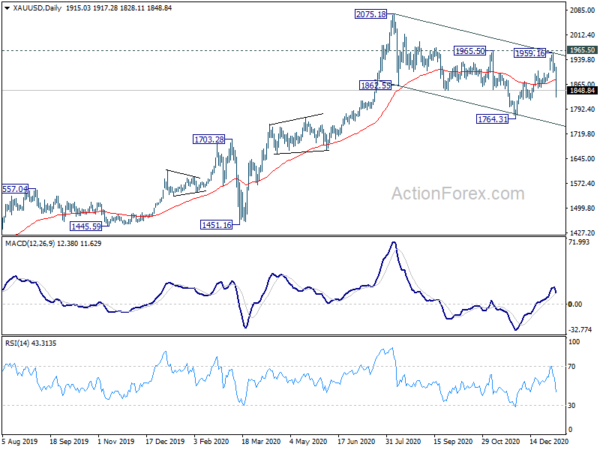 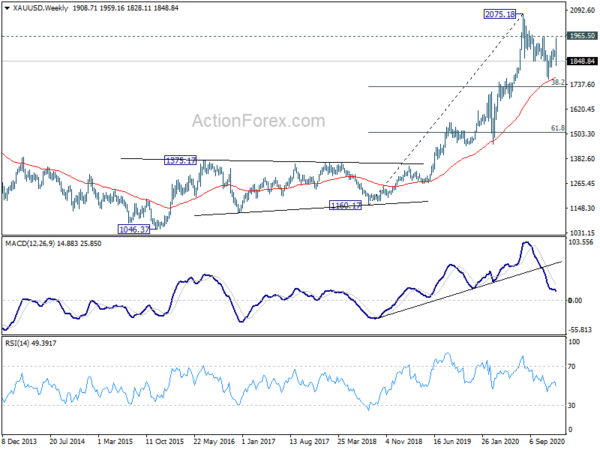 USD/JPY staged a strong rebound after dipping to 102.58 last week. Break of 103.89 resistance suggests short term bottoming on bullish convergence condition in 4 hour MACD. Initial bias is mildly on the upside this week for channel resistance (now at 104.47). Sustained break there will argue that the down trend from 111.71 has finally completed. Stronger rise would be seen to 105.67 resistance for confirmation. Nevertheless, rejection by the channel resistance will maintain bearishness, for extending the down trend through 102.58 at a later stage. 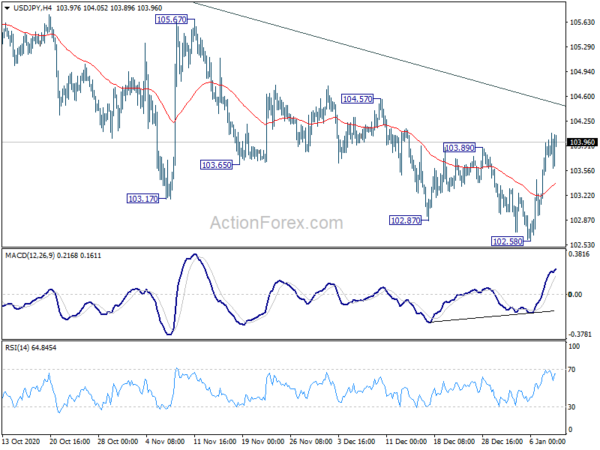 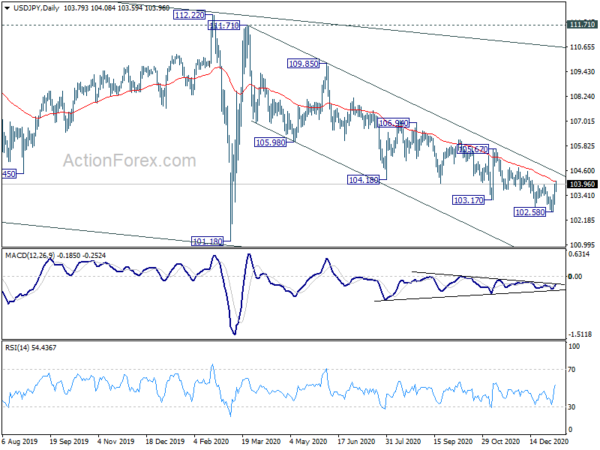 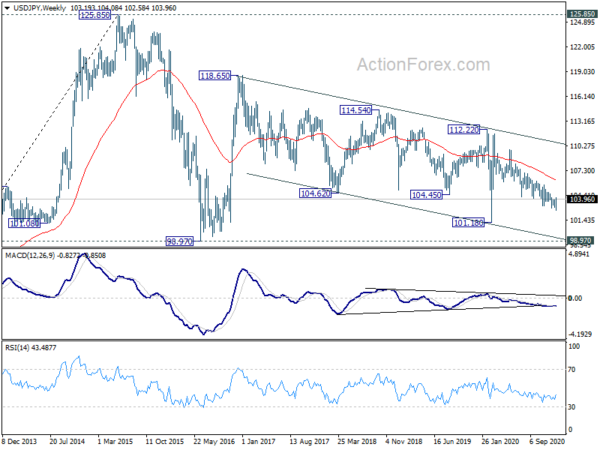 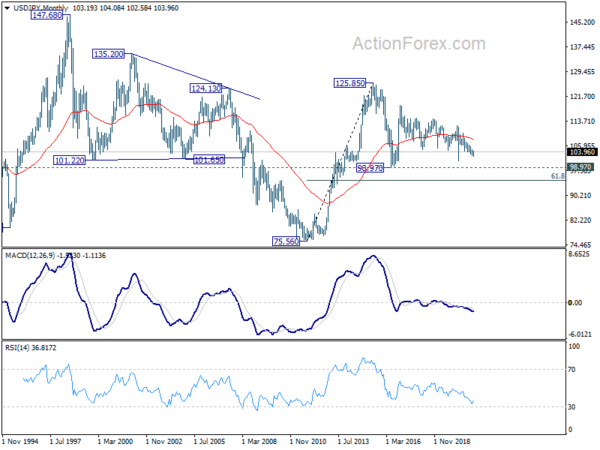