Expectations on the size of next Fed rate hike shifted again last week, with stocks cheering lower than expected consumer inflation reading in the US. Dollar ended as the worst performer but it did have a late come back following rebound in benchmark treasury yields. Indeed, it was the late selloff in Sterling and Euro, the second and third last, that worth more attention.

Meanwhile, return of risk-on sentiment lifted commodity currencies with New Zealand and Australian Dollars being the best performer. Swiss Franc was the third with help from buying against other European majors.

Looking ahead, countering forces could keep Dollar going nowhere in general. The downside breakout in Sterling and Euro in crosses could take a front seat for the near term at least.

Investors pared back bet on a 75bps rate hike by Fed in September, after lower than expected CPI reading last week, which indicated that inflation might have finally peaked. Fed fund futures are pricing in only 45% chance of 75bps hike, down from 68% a week ago. Instead, there is 55% chance of just a 50bps hike, up from 32% a week ago.

Nevertheless, it should be noted that before September FOMC meeting, there will be one more set of non-farm payroll and CPI data. Thus, it’s still too early to conclude anything for that meeting. Sentiment could still flip-flop once more. 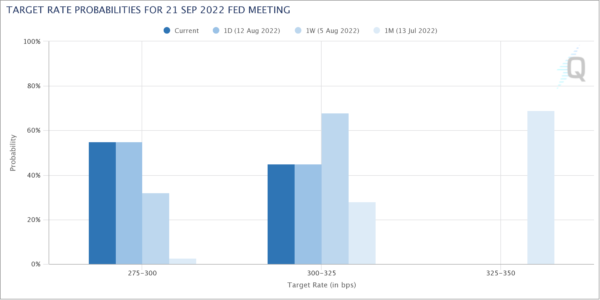 The development gave risk sentiment a lift as major US stock indexes ended the week notably higher. S&P 500’s close above 55 week EMA was a bullish sign. That added to the case that correction from 4818.62 has completed completed with three waves down to 3636.87 already. Further rally is now expected as long as 4112.09 support holds. Next target is 61.8% retracement of 4818.62 to 3636.87 at 4367.19. Sustained break there should pave the way to 4637.30/4818.62 resistance zone later in the year. Such development would cap Dollar’s rally attempt, in particular against commodity currencies. 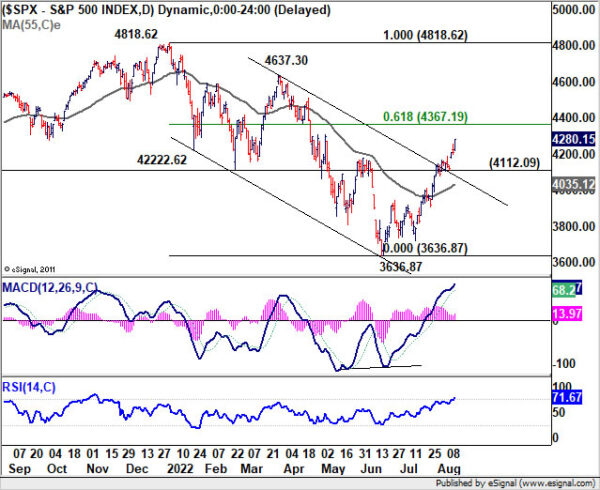 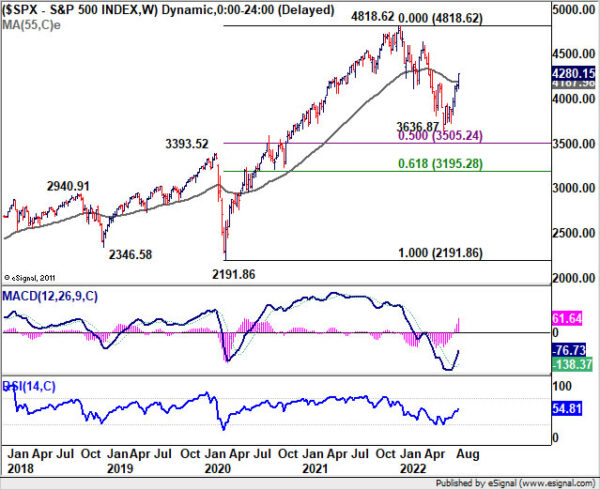 While US 10-year yield dipped initially last week, it managed to rebound quickly to close the week slightly higher at 2.849. There is no change in the view that the first leg of the consolidation pattern from 3.483 has completed at 2.525. TNX is now in the second leg of the consolidation. Sustained trading above 55 day EMA (now at 2.860), will pave the way back to 3.000 handle and above. Such development will give Dollar some support in case, and keep Yen’s rebound capped. 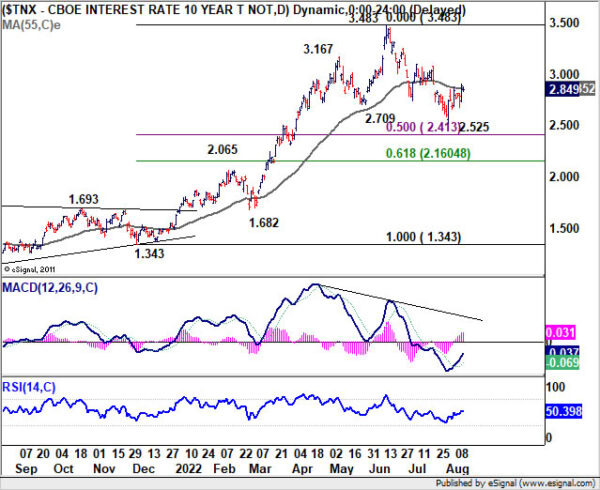 Dollar index extended the correction from 109.29 to 104.63, but quickly recovered. DXY is still holding on to 55 day EMA (now at 105.28) and medium term channel support. Outlook isn’t bearish for now, as DXY is still seen as engaging in a near term correction pattern. This is inline with the above views that risk-on sentiment will cap Dollar’s rally while resilience in yield will limit downside. That is, Dollar is going nowhere overall. 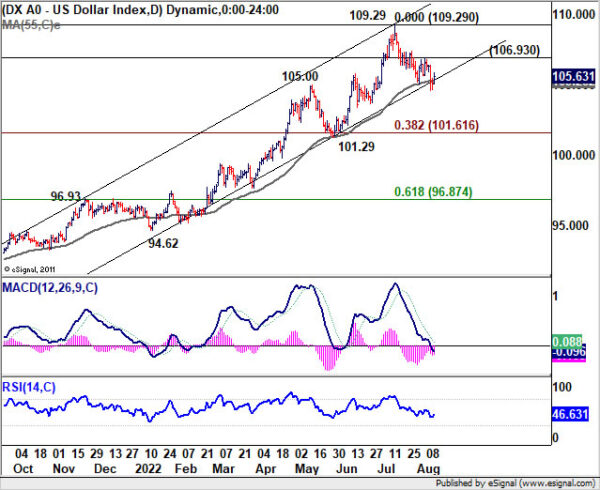 Downside breakout in some Euro and Sterling crosses 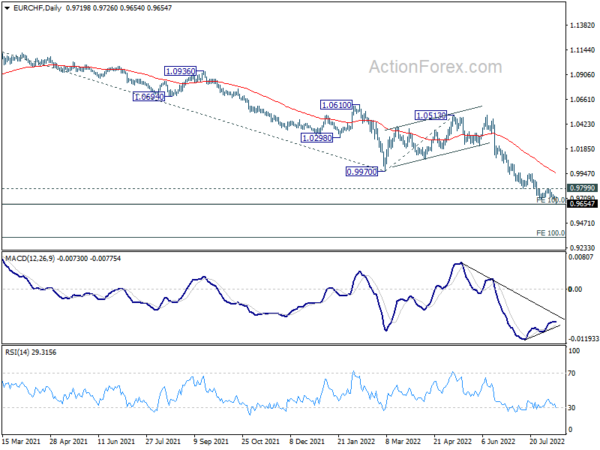 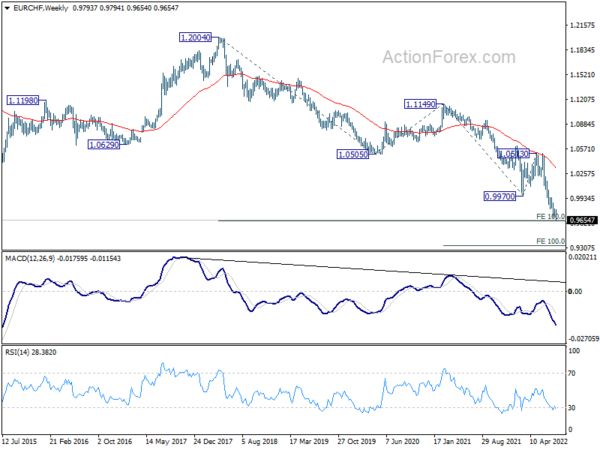 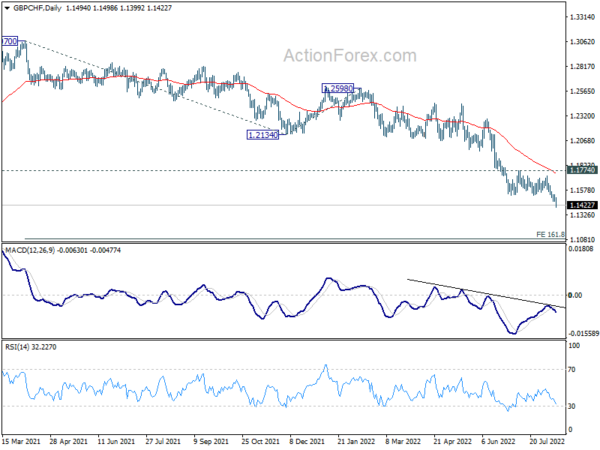 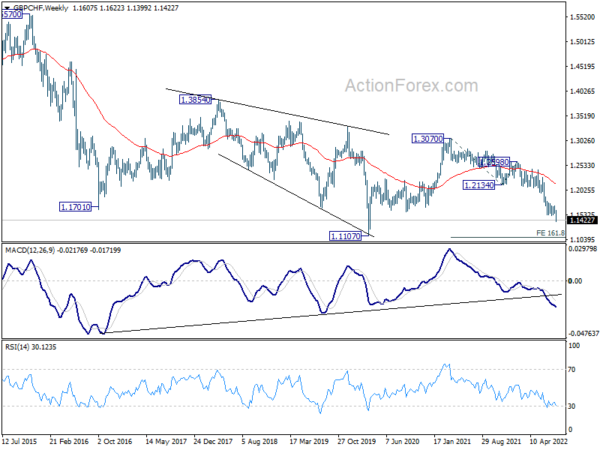 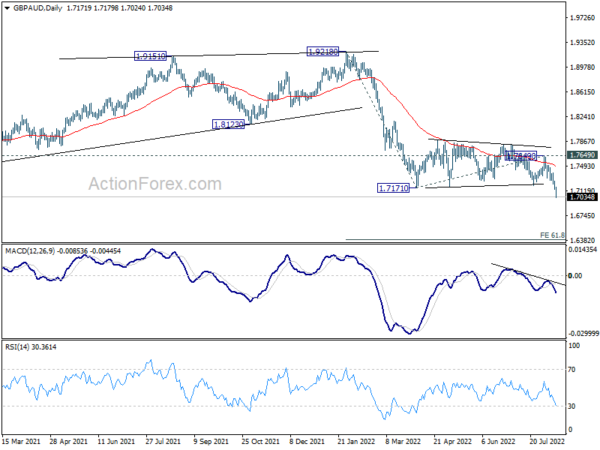 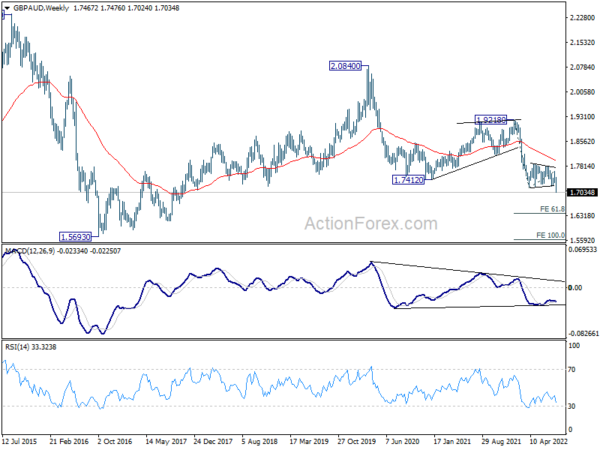 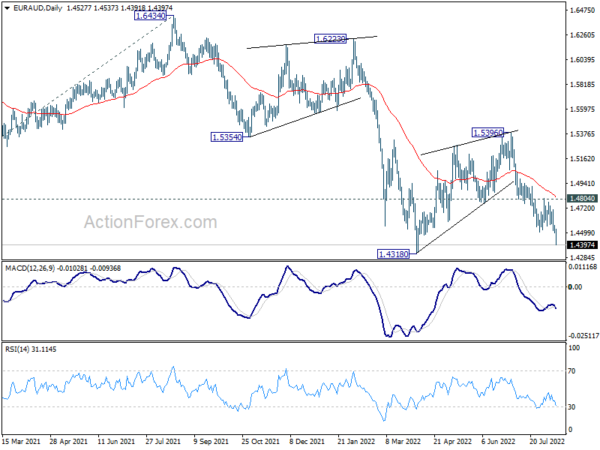 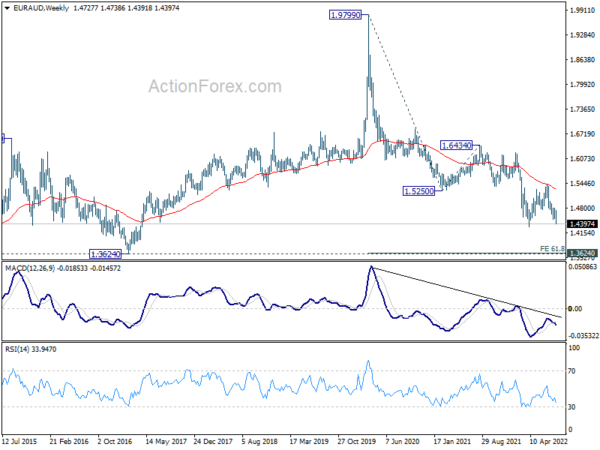 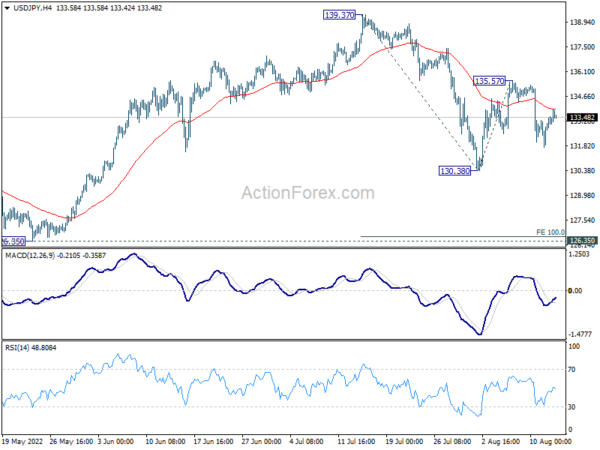 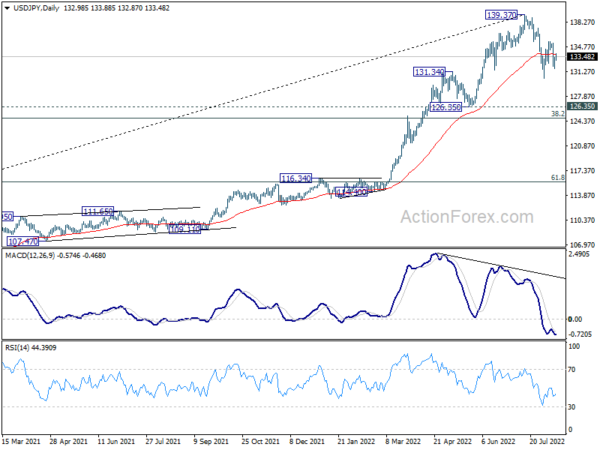 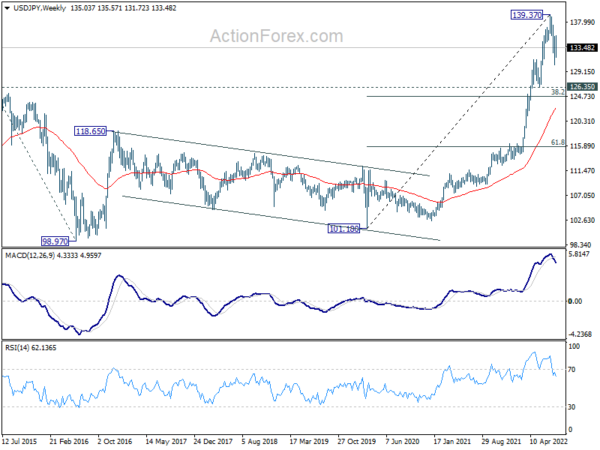