BoJ and Davos were the major focuses of last week. Much volatility was seen in Nikkei, JGB yields, and Yen. As dusts settled, the Japanese currencies ended as the worst performer, but closed inside prior week’s range. Australian Dollar was the next weakest after poor job data. Dollar was the third, after many Fed officials indicated their support for a 25bps hike in February.

New Zealand Dollar ended the strongest despite Prime Minister Jacinda Ardern’s surprised resignation. Sterling and Swiss Franc followed. But it should noted that Euro did stage a strong rebound against European peers after ECB President Christine Lagarde pledged to “stay the course”, countering rumors of a slower rate hike.

A look at JGB yield, Nikkei, and NZD/JPY after BoJ drama

Despite all the speculations, BoJ eventually decided to keep monetary policy unchanged last week, maintaining short term interest rate at -0.10% and the 10-year yield cap at 0.50%. Governor Haruhiko Kuroda reiterated the pledge to maintain extremely accommodative monetary for the time being. Much volatility was seen in JGB yields, Nikkei and Yen. However, as BoJ won’t meet again until March 8, speculations on policy move should cool for a while. 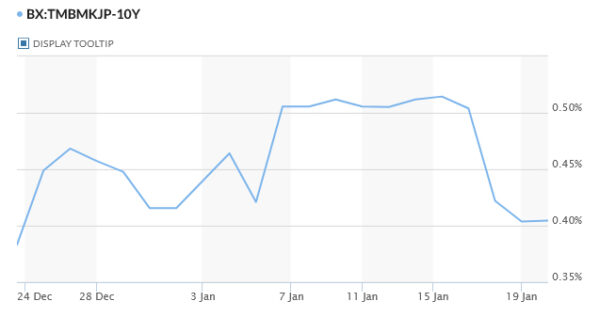 The move in 9-year JGB yield was more drastic, hitting as high as 0.700 before eventually closing at 0.488… 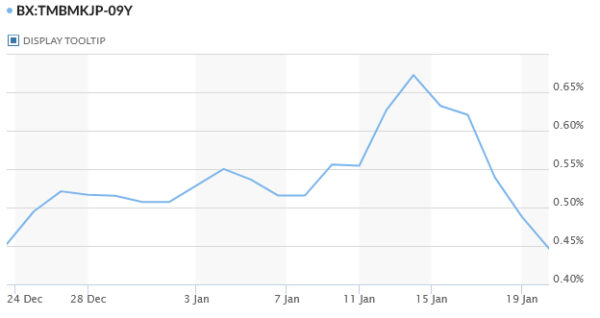 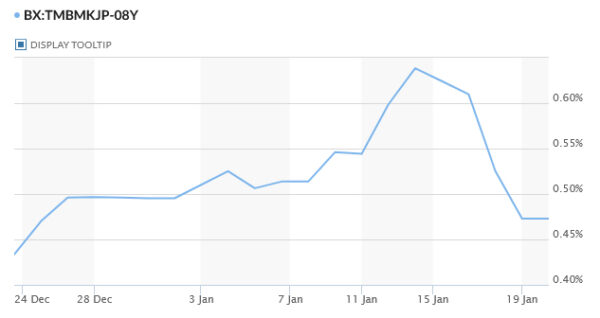 Yield curve remains “distorted” with a dip at 10-year, but the distortion became much less serious. 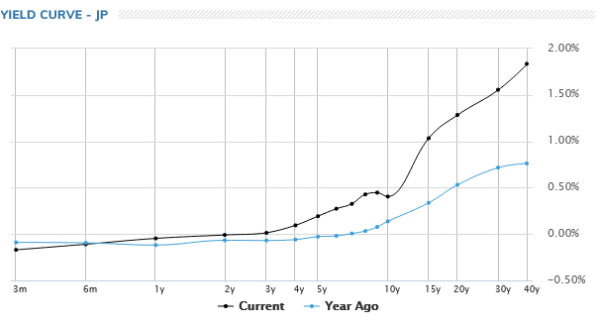 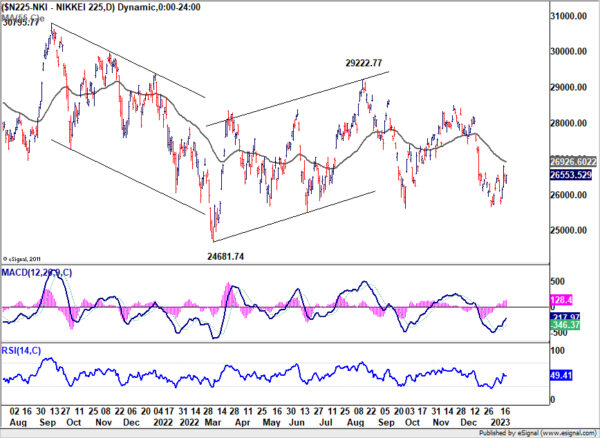 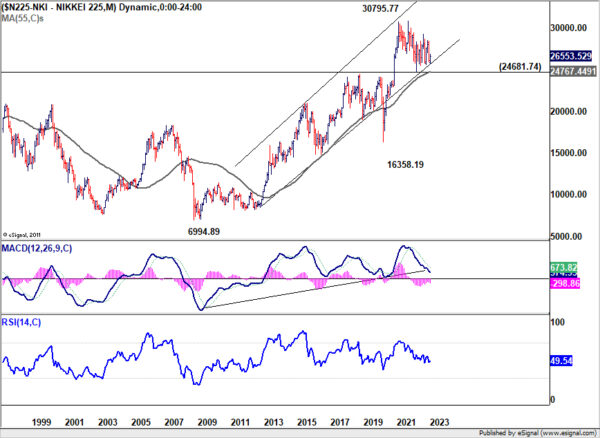 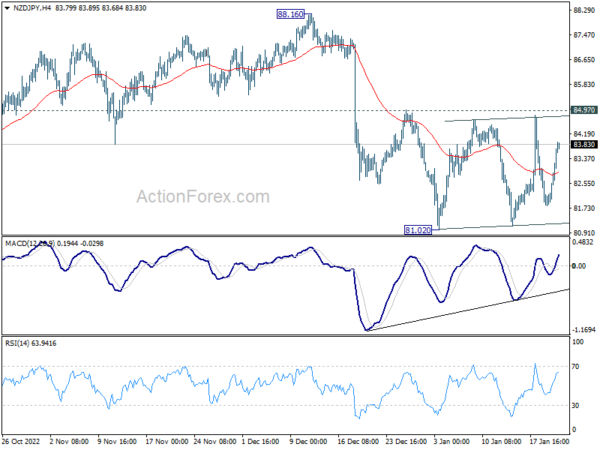 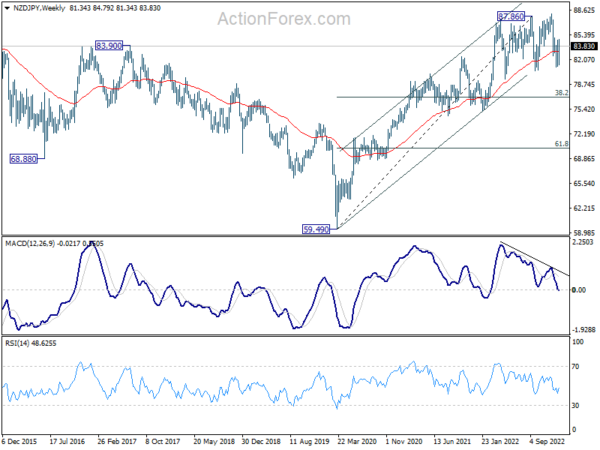 In the US, sentiment was mixed with DOW finished lower by -2.7% for the week, and S&P 500 lost -0.66%. But NASDAQ bucked the trend and gained 0.55%. As for NASDAQ the support from 55 day EMA is a positive sign. Near term focus is back on 11571.64 resistance. Firm break there will indicate at least a stronger rebound back to 13181.08 resistance, with prospect of bullish reversal. 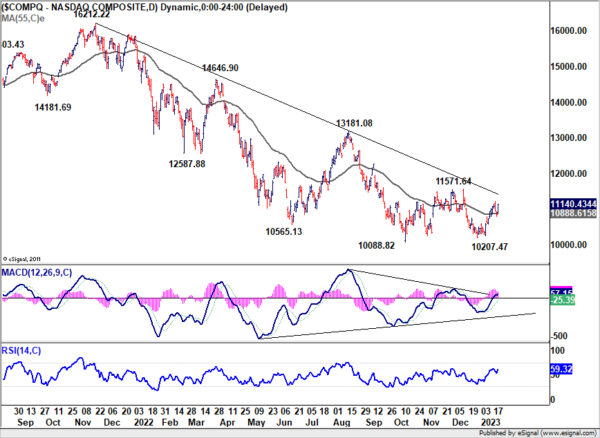 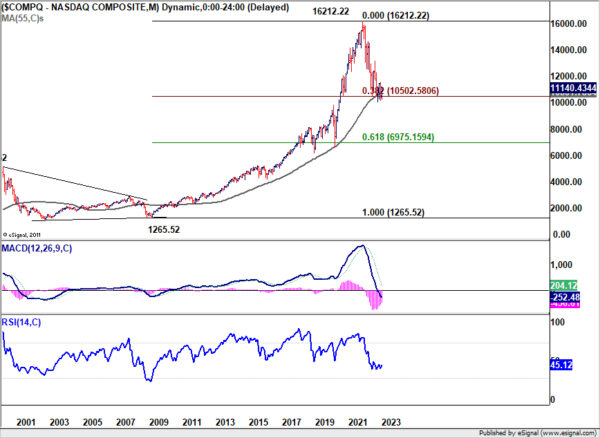 While, again, overall sentiment was mixed, the bullish development in Bitcoin argues that there might be some risk appetite building up underneath. The strong break of 21468 resistance should confirm medium term bottoming at 15452 on bullish convergence condition in daily and week MACD.

It’s still early to call for a large scale up trend. But further rally is now expected as long as 20389 support holds. Bitcoin would target 25198 resistance, or even further to 55 week EMA (now at 25730). Reactions from there will reveal the underlying buying momentum.

But anyways, rise in Bitcoin could happen in tandem with NASDAQ, which takes overall markets higher. 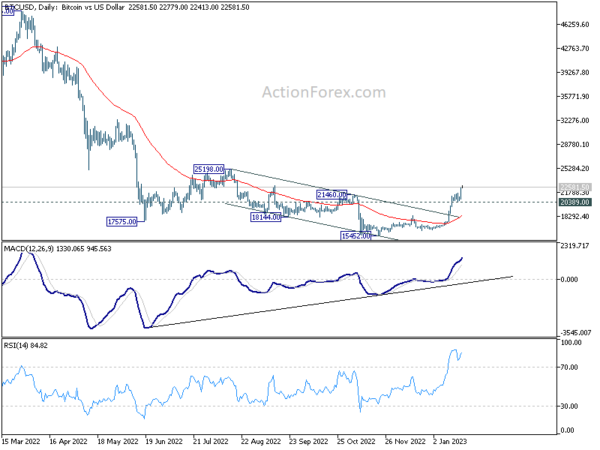 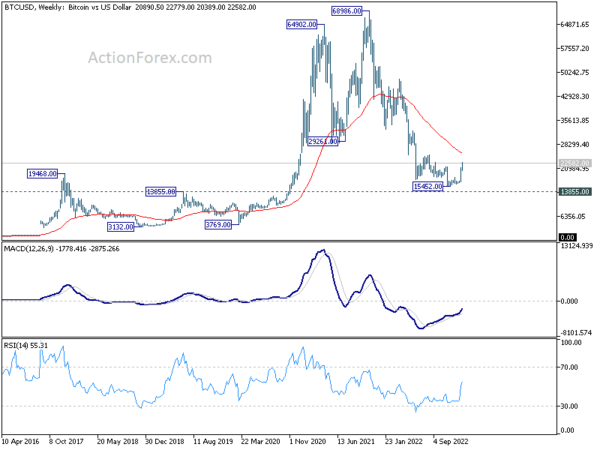 Dollar index extending the fall from 114.77

Dollar index’s fall from 114.77 has somewhat slowed slightly, but there is no sign of bottoming yet. USD/JPY’s mild recovery doesn’t warrant a strong rebound yet. At the same time, EUR/USD’s up trend is still on the risk track. Additionally, risk on sentiment could continue cap any upside in DXY. 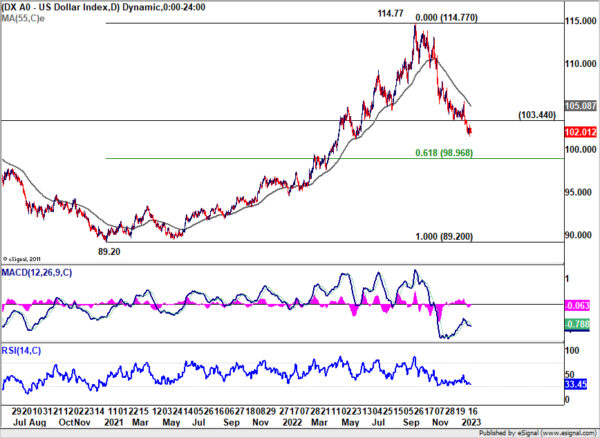 USD/JPY edged lower to 127.20 last week but turned sideway since then. Initial bias stays neutral this week first. There is no clear sign of bottoming yet, and another fall remains mildly in favor. Break of 127.20 will resume the whole decline from 151.93 and target 121.43 fibonacci level. Nevertheless, break of 131.56 should confirm short term bottoming, and turn bias back to the upside for stronger rebound. 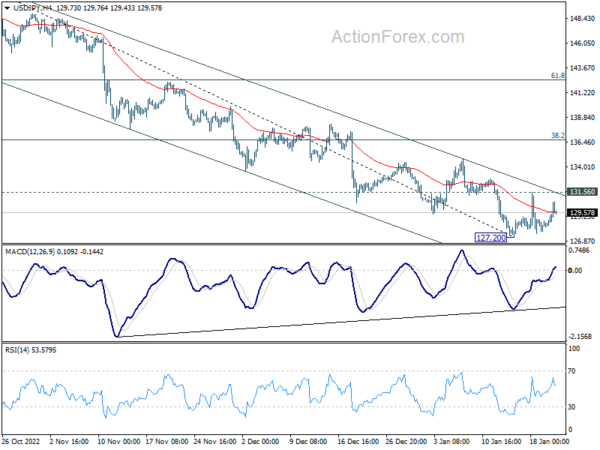 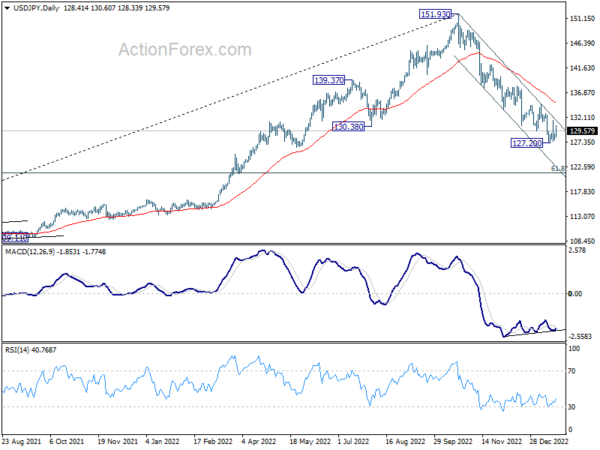 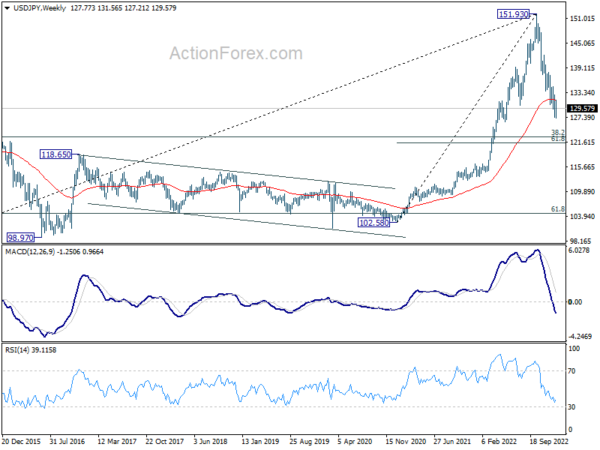 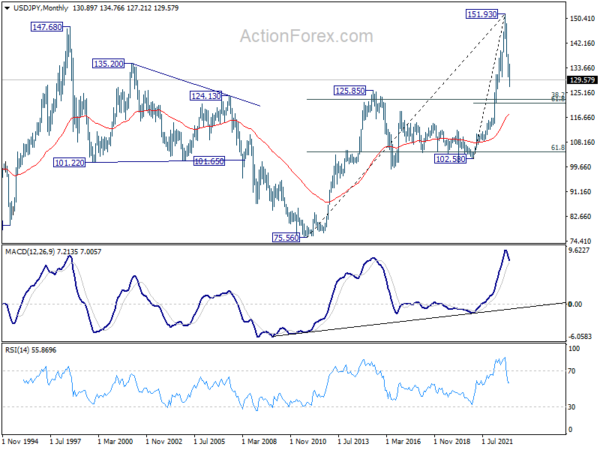