Commodity currencies suffered last week but Canadian dollar was the worst performer. Loonie declined -2.93% in the past week, making it the weakest amongst major currency pairs. Other than the broad-based strength in US dollar amidst speculations of early taper by the Fed, the sharp selloff in crude oil price was the ultimate reason driving loonie lower (its rebound yesterday was also in line with that of crude oil prices). For the months ahead, renewed uncertainty of the pandemic, concerns over global economic recovery and weakness in Chinese oil demand are expected to weigh on crude oil price. This should have important implications on the outlook of USDCAD. 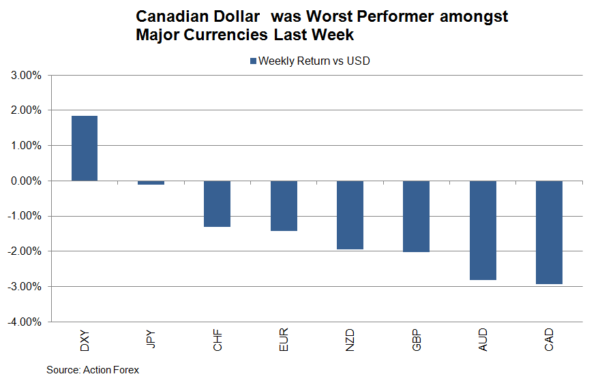 The charts below show that the negative correlation between crude oil price and USDCAD is strong. Indeed, the correlation in the first 3 weeks of August jumped to -0.92, compared with -0.83 quarter-to-date and 0.54 year-to-date. As the correlation coefficient between two variables ranges from -1 to +1, -0.92 indicates a very strong relationship. The outlook of crude oil price thus has important indication on the loonie. Oil’s rebound these 2 days is more of bargain-hunting after the sharp selloff in the previous week than improvement of the fundamentals. Lessened hope that Fed Chair Jerome Powell would deliver something new in his Jackson Hole speech and a weaker-than-expect US PMI have trimmed tapering speculations, thus dampening USD strength and lifting risk assets. In the months ahead, the world would remain haunted by the delta variant and the economic impacts of resurgence of the pandemic. China reported no new locally transmitted symptomatic coronavirus cases on Monday, the first time since July. However, the lockdown and restrictive measures imposed over the past month, together with the massive flood, would have prolonged impacts on the country’s recovery. We believe these would affect the country’s oil demand in the second half of the year. 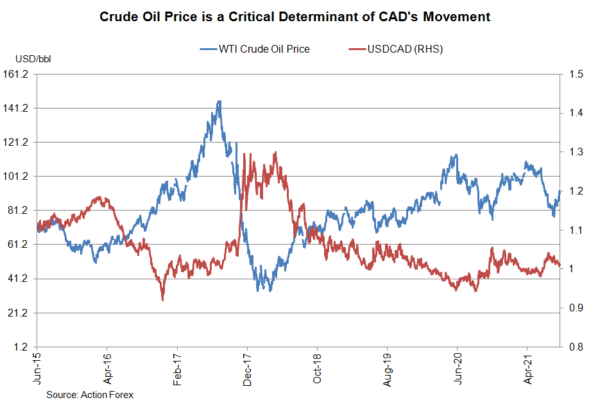 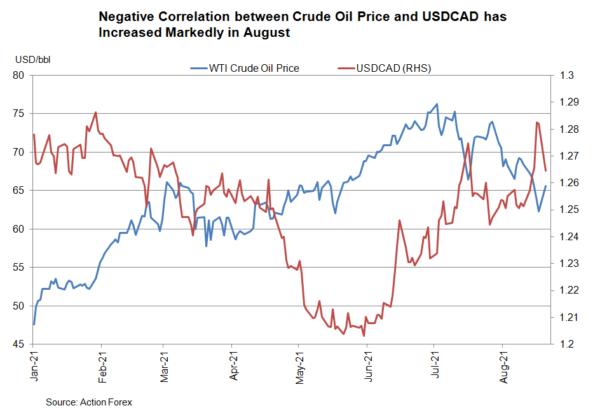 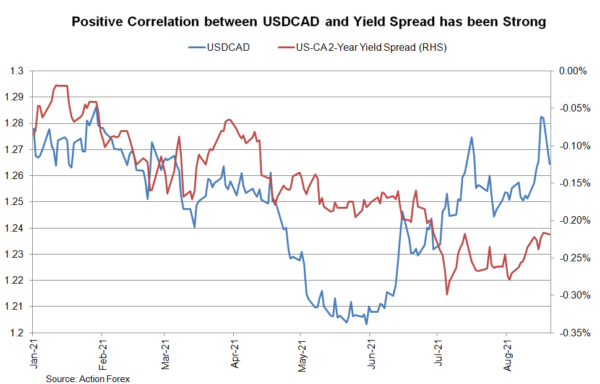 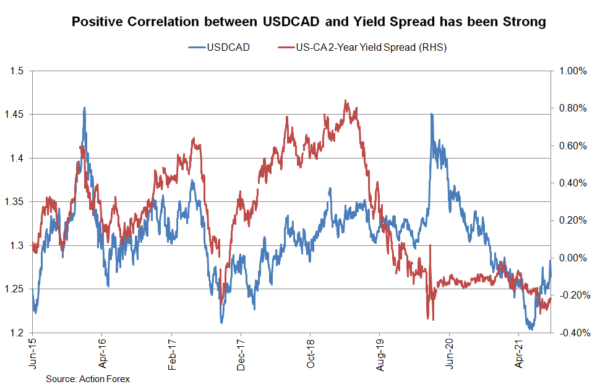 The market was slightly disappointed by the BOC for not pushing forward the first rate hike. While continuing to reduce the target pace of weekly asset purchases to CAD2B, policymakers retained the projection that the first rate hike would be in 2H22. Yet, the BOC significantly upgraded both GDP growth and inflation forecasts. The economy was expected to expand by an annualized +2% q/q in 2Q21 and +7.3% in 3Q21. GDP growth for 4Q22 was upgraded by +1.1 ppt to +4.2%. Inflation was projected to improve to +3% y/y and +2.4% in 2021 and 2022 respectively. While maintaining the view that strong inflation was transitory, policymakers noted that the “persistence and magnitude” of the transitory factors pushing up inflation were “uncertain” and would be “monitored closely”.

Concerning the Fed, the July minutes revealed that “most” members judged that it could be appropriate to start reducing the pace of asset purchases “this year”, raising hopes that a formal announcement of QE tapering could be made in November, and the entire QE program would end in September 2022. This should be followed by the first Fed funds rate hike.

With monetary policy adjustment unlikely, the focus of the September meetings for both central bank would be the forward guidance on the future monetary policy outlook and economic assessments in light of the widespread delta variant.