Good afternoon, the Vice-President and I welcome you to our press conference.

The Russian invasion of Ukraine is a watershed for Europe. The Governing Council expresses its full support to the people of Ukraine. We will ensure smooth liquidity conditions and implement the sanctions decided by the European Union and European governments. We will take whatever action is needed to fulfil the ECB’s mandate to pursue price stability and to safeguard financial stability.

The Russia-Ukraine war will have a material impact on economic activity and inflation through higher energy and commodity prices, the disruption of international commerce and weaker confidence. The extent of these effects will depend on how the conflict evolves, on the impact of current sanctions and on possible further measures. In recognition of the highly uncertain environment, the Governing Council considered a range of scenarios in today’s meeting.

The impact of the Russia-Ukraine war has to be assessed in the context of solid underlying conditions for the euro area economy, helped by ample policy support. The recovery of the economy is boosted by the fading impact of the Omicron coronavirus variant. Supply bottlenecks have been showing some signs of easing and the labour market has been improving further. In the baseline of the new staff projections, which incorporate a first assessment of the implications of the war, GDP growth has been revised downwards for the near term, owing to the war in Ukraine. The projections foresee the economy growing at 3.7 per cent in 2022, 2.8 per cent in 2023 and 1.6 per cent in 2024.

In alternative scenarios for the economic and financial impact of the war, which will be published together with the staff projections on our website, economic activity could be dampened significantly by a steeper rise in energy and commodity prices and a more severe drag on trade and sentiment. Inflation could be considerably higher in the near term. However, in all scenarios, inflation is still expected to decrease progressively and settle at levels around our two per cent inflation target in 2024.

Based on our updated assessment and taking into account the uncertain environment, the Governing Council today revised the purchase schedule for its asset purchase programme (APP) for the coming months. Monthly net purchases under the APP will amount to €40 billion in April, €30 billion in May and €20 billion in June. The calibration of net purchases for the third quarter will be data-dependent and reflect our evolving assessment of the outlook. If the incoming data support the expectation that the medium-term inflation outlook will not weaken even after the end of our net asset purchases, the Governing Council will conclude net purchases under the APP in the third quarter. If the medium-term inflation outlook changes and if financing conditions become inconsistent with further progress towards our two per cent target, we stand ready to revise our schedule for net asset purchases in terms of size and/or duration.

We also confirmed our other policy measures, as detailed in the press release published at 13:45 today.

I will now outline in more detail how we see the economy and inflation developing, and will then explain our assessment of financial and monetary conditions.

The prospects for the economy will depend on the course of the Russia-Ukraine war and on the impact of economic and financial sanctions and other measures. At the same time, other headwinds to growth are now waning. In the baseline of the staff projections, the euro area economy should still grow robustly in 2022 but the pace will be slower than was expected before the outbreak of the war. Measures to contain the spread of the Omicron coronavirus variant have had a milder impact than during previous waves and are now being lifted. The supply disruptions caused by the pandemic also show some signs of easing. The impact of the massive energy price shock on people and businesses may be partly cushioned by drawing on savings accumulated during the pandemic and by compensatory fiscal measures.

Over the medium term, according to the baseline of the staff projections, growth will be driven by robust domestic demand, supported by a stronger labour market. With more people in jobs, households should earn higher incomes and spend more. The global recovery and the ongoing fiscal and monetary policy support are also contributing to this growth outlook. Fiscal and monetary support remains critical, especially in this difficult geopolitical situation.

Inflation increased to 5.8 per cent in February, from 5.1 per cent in January.We expect it to rise further in the near term. Energy prices, which surged by 31.7 per cent in February, continue to be the main reason for this high rate of inflation and are also pushing up prices across many other sectors. Food prices have also increased, owing to seasonal factors, elevated transportation costs and the higher price of fertilisers. Energy costs have risen further in recent weeks and there will be further pressure on some food and commodity prices owing to the war in Ukraine.

Price rises have become more widespread. Most measures of underlying inflation have risen over recent months to levels above two per cent. However, it is uncertain how persistent the rise in these indicators will be, given the role of temporary pandemic-related factors and the indirect effects of higher energy prices. Market-based indicators suggest that energy prices will stay high for longer than previously expected but will moderate over the course of the projection horizon. Price pressures stemming from global supply bottlenecks should also subside.

Labour market conditions have continued to improve, with unemployment falling to 6.8 per cent in January. Even though labour shortages are affecting more and more sectors, wage growth remains muted overall. Over time, the return of the economy to full capacity should support somewhat faster growth in wages. Various measures of longer-term inflation expectations derived from financial markets and from surveys stand at around two per cent. These factors will also contribute further to underlying inflation and will help headline inflation to settle durably at our two per cent target.

The risks to the economic outlook have increased substantially with the Russian invasion of Ukraine and are tilted to the downside. While risks relating to the pandemic have declined, the war in Ukraine may have a stronger effect on economic sentiment and could worsen supply-side constraints again. Persistently high energy costs, together with a loss of confidence, could drag down demand more than expected and constrain consumption and investment.

The same factors are risks to the outlook for inflation, which are on the upside in the near term. The war in Ukraine is a substantial upside risk, especially to energy prices. If price pressures feed through into higher than anticipated wage rises or if there are adverse persistent supply-side implications, inflation could also turn out to be higher over the medium term. However, if demand were to weaken over the medium term, this could also lower pressures on prices.

The Russian invasion of Ukraine has caused substantial volatility in financial markets. Following the outbreak of the war, risk-free market interest rates have partially reversed the increase observed since our February meeting and equity prices have fallen.

The financial sanctions against Russia, including the exclusion of some Russian banks from SWIFT, have so far not caused severe strains in money markets or liquidity shortages in the euro area banking system. Bank balance sheets remain healthy overall, owing to robust capital positions and fewer non-performing loans. Banks are now as profitable as they were before the pandemic.

Summing up, the Russian invasion of Ukraine will negatively affect the euro area economy and has significantly increased uncertainty. If the baseline of the staff projections materialises, the economy should continue to rebound thanks to the declining impact of the pandemic and the prospect of solid domestic demand and strong labour markets. Fiscal measures, including at the European Union level, would also help to shield the economy. Based on our updated assessment of the inflation outlook and taking into account the uncertain environment, we revised our schedule for net asset purchases over the coming months and confirmed all our other policy measures.We are very attentive to the prevailing uncertainties. The calibration of our policies will remain data-dependent and reflect our evolving assessment of the outlook. We stand ready to adjust all of our instruments to ensure that inflation stabilises at our two per cent target over the medium term.

We are now ready to take your questions. 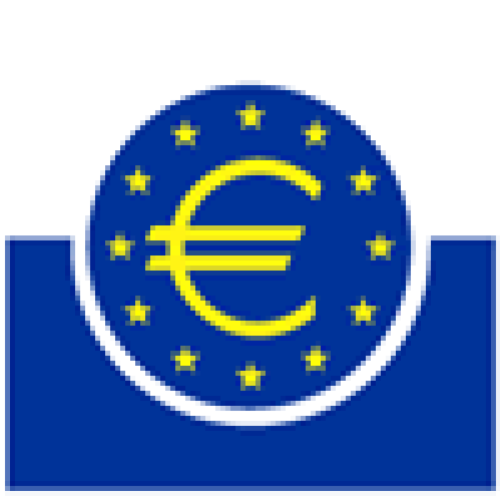