The Monetary Policy Committee today increased the Official Cash Rate (OCR) to 2.0 percent. The Committee agreed it remains appropriate to continue to tighten monetary conditions at pace to maintain price stability and support maximum sustainable employment. The Committee is resolute in its commitment to ensure consumer price inflation returns to within the 1 to 3 percent target range.

Consistent with the economic outlook and risks ahead, monetary conditions need to act as a constraint on demand until there is a better match with New Zealand’s productive capacity. A larger and earlier increase in the OCR reduces the risk of inflation becoming persistent, while also providing more policy flexibility ahead in light of the highly uncertain global economic environment.

The level of global economic activity is generating rising inflation pressures, exacerbated by ongoing supply disruptions driven by both COVID-19 persistence and the Russian invasion of Ukraine. The latter continues to cause very high prices for food and energy commodities.

The pace of global economic growth is slowing. The broad-based tightening in global monetary and financial conditions is acting to slow spending growth, accentuated by the high costs of basic food and energy staples. European geopolitical uncertainty is also weighing heavily on business confidence and investment intentions worldwide. Likewise, COVID-19 restrictions in significant regions of China are exacerbating supply chain disruptions and adding cost and complexity to trade.

On balance, a broad range of indicators highlight that productive capacity constraints and ongoing inflation pressures remain prevalent. Employment remains above its maximum sustainable level, with labour shortages now the major constraint on production. The Reserve Bank’s core inflation measures are above 3 percent.

The Committee agreed to continue to lift the OCR at pace to a level that will confidently bring consumer price inflation to within the target range. The Committee viewed the projected path of the OCR as consistent with achieving its primary inflation and employment objectives without causing unnecessary instability in output, interest rates and the exchange rate. Once aggregate supply and demand are more in balance, the OCR can then return to a lower, more neutral, level.

The Monetary Policy Committee discussed developments affecting the outlook for inflation and employment in New Zealand. Members noted that current inflation and employment were above their target and sustainable levels respectively. Members agreed that while the direction of their monetary policy decision was clear, the extent and timing of future increases in the Official Cash Rate (OCR) still depends on the economic outlook and avoiding major risks.

The Committee agreed that global economic activity was slowing more than previously expected, and that further weakening in global economic growth was likely. Members noted that while international fiscal and monetary policy actions have partly cushioned the effect of the COVID-19 pandemic on household incomes and employment so far, significant and ongoing disruption is now being felt.

The recent rise in global inflation pressures has led central banks to raise their policy interest rates and signal further tightening to come. These measures have been aimed to deliberately slow demand to be more consistent with the current constrained supply capacity of goods and services.

The Committee noted that the disruption caused by the Russian invasion of Ukraine has added to the underlying global inflation pressures. The cost of living has risen significantly, in particular due to shortages of food and fuel. This rise in costs is necessitating lower non-essential spending in households globally. High global commodity prices are likely to persist for some time, creating long-lasting cost pressure for firms and households, even as general consumer price inflation slows.

The recent rise in central banks’ policy interest rates, and forward guidance for more increases, has led to a significant fall in global equity prices, albeit from high levels. The Committee noted that a rise in official rates creates a higher hurdle for investment decisions.

The Committee agreed that both high food and energy costs, and rising mortgage interest rates for those with debt, will affect household budget decisions and lead to less discretionary spending. Members noted that over the past year or so, wage growth has been less than consumer price inflation, adding further pressure on discretionary spending.

Recent and expected increases in mortgage interest rates are likely to contribute to falls in house prices, further reducing households’ willingness to spend. It was agreed that household consumption was likely to be relatively subdued in coming quarters. The Committee noted that house prices are now headed toward a more sustainable level.

The Committee noted the Government’s Budget announcements. It was agreed that fiscal policy is currently supporting economic activity, but that this stimulus is expected to reduce in coming years. The current level of fiscal spending is contributing to a modest increase in demand. This is expected to diminish over time as a result of the end to the large, broad based, fiscal support packages the Government delivered during the initial phase of the COVID-19 economic response.

Members also noted the factors responsible for the current elevated consumer price inflation. New Zealand’s inflation rate reflects a relatively similar contribution of global imported price pressures and domestic price pressures. They observed that a key factor contributing to domestic inflation pressure is housing – including both the cost of construction and the operating costs of dwellings in general.

On the costs of construction, members noted that the growing delay in accessing key building materials is significantly slowing activity, and increasing the financial risks associated with construction. The Committee observed that these delays, cost pressures, and associated uncertainty could limit the conversion of building permits into dwellings, exacerbating the pressure on housing supply.

Members agreed that employment is above its maximum sustainable level, as highlighted by a suite of indicators. They agreed that rising wage pressures are an expected outcome, with access to labour the key constraint on firms’ productive capacity. With the global labour market tight, people are also more willing and able to take up new roles for higher wages.

The Committee noted that the reopening of the border should see a return to a net inflow of migrants into New Zealand over the next two years. Over time, this net immigration will help to ease New Zealand’s labour shortages. More immediately there is an outflow of New Zealanders creating supply capacity constraints. With the international border reopening, more immigrants will also bolster demand ahead of supply capacity as they settle. It was agreed that these patterns of migration will have an uncertain net effect on inflation pressure, as they will affect both supply and demand in the economy. As a result, these dynamics do not play a key role in determining monetary policy at present.

The Committee noted the weaker outlook for employment growth in New Zealand, which is likely to be outpaced by labour force growth. As a result of the increase in labour supply, measured unemployment is expected to rise to around levels more consistent with maximum sustainable employment.

Members agreed that a higher level of the OCR is necessary to ensure annual consumer price inflation returns to within its target range over the next two years. They agreed this was also consistent with ensuring employment remained near its maximum sustainable level.

Members discussed their ‘least regrets’ framework which in the current context amounted to the risk of tightening policy ‘too little, too late’ versus ‘too much, too soon’. The Committee agreed that at present, with persistent cost pressures and rising inflation, the risk of moving too slowly and not far enough remained the most costly option.

On the risk of doing too much too soon, the Committee acknowledged that raising the OCR steeply puts pressure on some households’ spending decisions, especially those that are highly indebted.

However, members noted that, on average, household balance sheets are healthy. Banks have been testing mortgage lending for higher interest rate possibilities – consistent with current projected levels – before recent home loans were made. They also noted that house prices are expected to remain above their pre-pandemic level. The Committee also noted that while higher interest rates will increase firms’ hurdle to investing, recent business surveys suggest labour shortages are the main constraint preventing an increase in production.

The Committee agreed that stabilising inflation is its priority. Members agreed that raising the OCR by more and sooner was consistent with avoiding higher future costs to employment and the economy in general as a result of high inflation. Stable inflation expectations will be a key indicator that the current monetary policy strategy is working.

The Committee agreed to maintain its approach of briskly lifting the OCR until convinced that monetary conditions were sufficient to constrain inflation expectations and bring consumer price inflation to within the target range. Once aggregate supply and demand are more in balance, the OCR can then return to a lower, more neutral, level. The Committee viewed the projected path of the OCR as consistent with achieving their primary inflation and employment objectives without causing unnecessary instability in output, interest rates and the exchange rate.

On Wednesday 25 May, the Committee reached a consensus to increase the OCR to 2.0 percent. 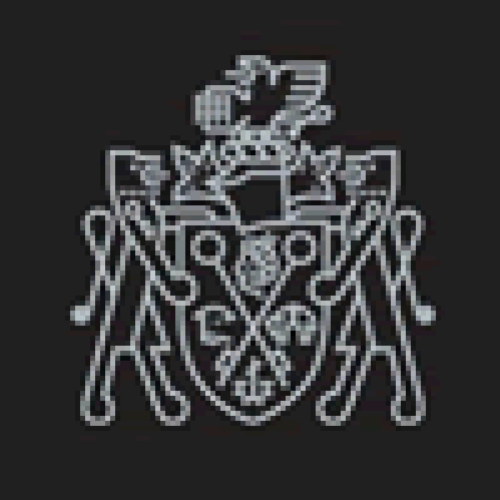