Yesterday’s session was quite after a pickup in volatility last week and there has been little in the way of movement overnight. This is despite some negative headlines that possibly sapped some of the market strength over the last 24 hours. Crude Oil has continued to fall with WTI reaching $64.50 as supply increases and reserves rise. The decline has been dramatic with prices at a high of $72.80 only two weeks ago. Iran has said that they will increase capacity to produce uranium gas after the US pulled out of the Iran deal last month. The RBA has left rates on hold at their meeting saying inflation is likely to remain low for some time and household consumption remains a source of uncertainty. AUDUSD rallied from 0.75800 yesterday to 0.76660 but fell back to 0.76255 after the decision. 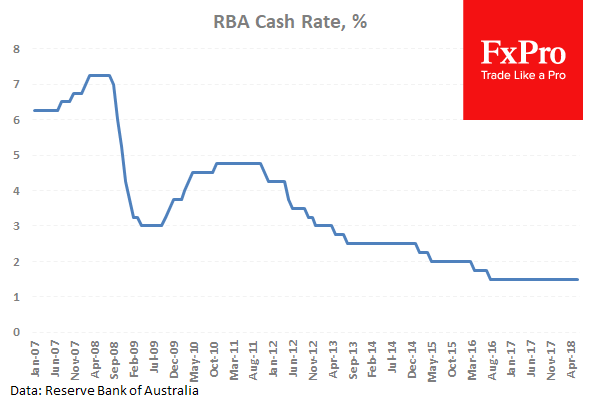 UK Construction PMI (May) was out at 52.5 against an expected headline number of 52.0 from a prior number of 52.5. The recovery from the low created in April at 47.0 stalled and matched the previous read last month. The construction industry is seen as being under a degree of pressure since the high levels of 2014 at 64.6 showing contraction in the index but has recovered somewhat. GBPUSD moved higher after this data release from 1.33560 to 1.33982. 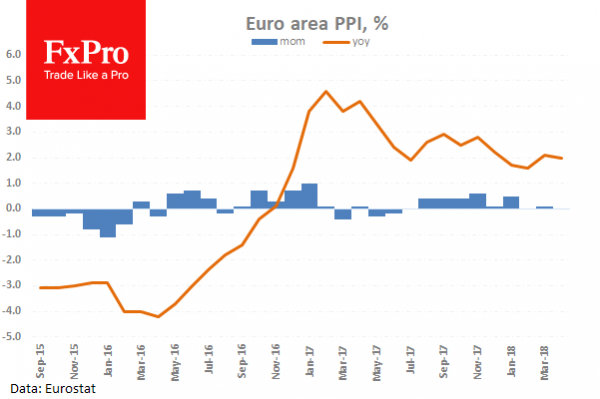 US Factory Orders (MoM) (Apr) were -0.8% against an expected -0.3% from 1.6% previously which was revised up to 1.7%. The decrease in orders exceeded expectations but remains in the recent range of this data point over the last three years has been between +3% and -3.5%. However the drop shows a decrease in demand for US produced goods. EURUSD moved higher initially from 1.17157 to 1.17250 but then sold off to 1.16770 in the time after this data release. 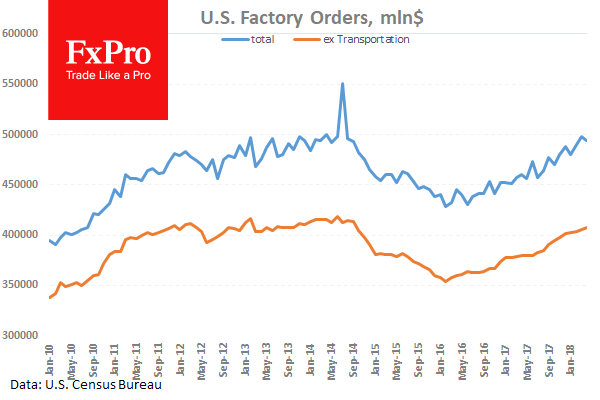