We’re continuing to see risk aversion in the markets on Thursday, as the trade spats between the US and others ramp up.

The week started with the US and China announcing tariffs against one another which will come into effect on 6 July, and it will end with the European Union announcing counter-tariffs against the world’s largest economy in response to those already imposed. While much of what has been announced this week was already anticipated, the rhetoric between these huge trading partners is heating up and that’s a major concern for investors.

While China and the EU appear to be targeting politically important products and regions ahead of the mid-term elections, Donald Trump is instead threatening significant escalation with another $200 billion of tariffs on China and $200 billion more if they respond. China and the EU are clearly hoping the harm suffered at the polling stations will hurt more than the economic impact of just matching what the US does, which will have the added benefit of hurting their own economy as little as possible.

Oil slipping ahead of OPEC meeting

Oil prices are coming under a little pressure once again as we near the outcome of the meeting in Vienna between OPEC and some non-OPEC countries where producers are due to discuss whether and how to increase output following their success in significantly reducing global inventories. It is believed there is some dispute between members on how much to increase output by, with Iran reportedly opposed to bowing to pressure from the US. 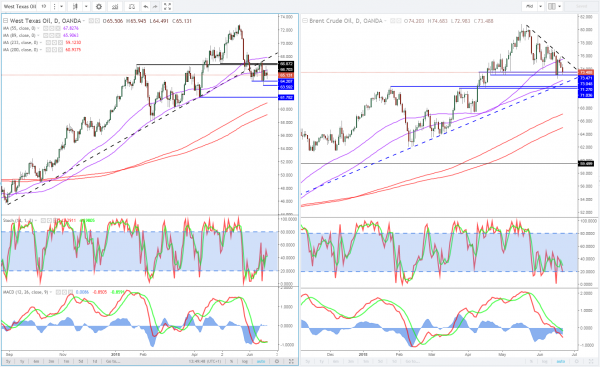 It’s generally believed that we’ll see some increase, particularly as both Saudi Arabia and Russia appear keen to start reversing the 1.5 million barrel a day output cut that has been so accurate at reducing stocks and lifting prices. An initial increase of between half a million and a million barrels is expected to be agreed which will be welcomed by Trump who has been targeting OPEC as of late.

The pound has been given a significant boost by the Bank of England after policy makers voted 6-3 in favour of leaving interest rates unchanged, with Andy Haldane joining Ian McCafferty and Michael Saunders in voting for a hike. Policy makers stuck to their view that first quarter weakness will prove temporary which given that this was primarily behind their decision not to raise rates last month suggests August is very much a live meeting.

Prior to today’s meeting, investors were unconvinced by the prospect of a rate hike in August but I think today’s release will change that. Sterling rallied above 1.32 against the dollar from just above 1.31 prior to the release which suggests people’s expectations for August are being quickly revised. While a hike in November makes more sense as there’ll be more clarity – hopefully – by then, I wouldn’t be surprised if they go in August given the criticism they endured for holding off in May. 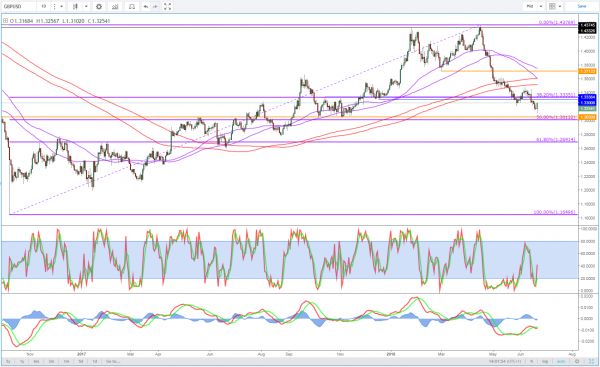