On Sunday, Donald Trump announced his intention to raise tariffs on Chinese goods worth $200 billion from 10% to 25%. In addition, the American president announced his readiness to set a higher tariff of 25% on an additional list of goods worth $325 billion (by the way, before that the rate on them was zero).

The news caused consternation among traders, and the start of trading on Monday was marked by a sharp increase in demand for defensive assets. Earlier, the markets priced in the signing of a trade deal, which was to take place already on this Wednesday and become the formal end of a trade conflict. However, things went wrong. As a result, China’s A50 China Blue Chip Index has been losing more than 5% since the start of the day, while futures for major US indices declined by around 2%.

The impressive stock indices rally since early January was based on three factors: monetary policy easing, improved macroeconomic indicators, and hope for a trade deal. The fact that the US indices at the end of last week were at historical highs, increases the likelihood of a strong correction. Moreover, the tightening of trading rhetoric may cause a prolonged sale and reduce the demand for risky assets in the coming days. Technical analysis indicates little support for the S&P 500 down to the level of 2850, through which the 50-day moving average passes. 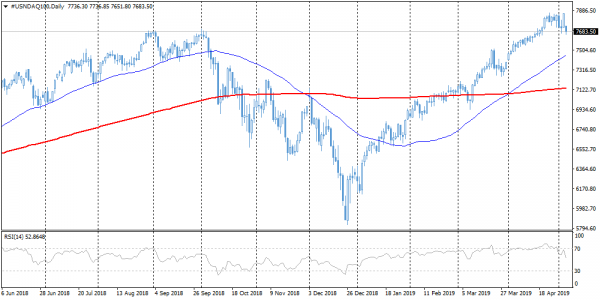 The dollar declines after the release of Friday’s labor market data (Nonfarm Payrolls), as investors did not see signs of increasing inflationary pressure in the report. At the beginning of the week, EURUSD began to trade with a gap down, due to risk aversion. However, at the start of trading in Europe, the pair turned back to 1.1200. In a broader perspective, it is worth bearing in mind that trade conflicts and a slowdown in the global (and Chinese) economy often form downward pressure on EURUSD. 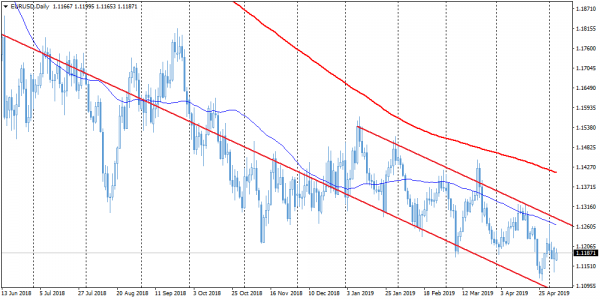 The Chinese yuan started trading on Monday with a 1.3% drop, the sharpest in the last 3 years, at some point touching the level of 6.82 per dollar (this is the maximum since January). The next few days may become critical for determining the future trend: will there be a reversal, or the situation will be resolved differently – we will see very soon. 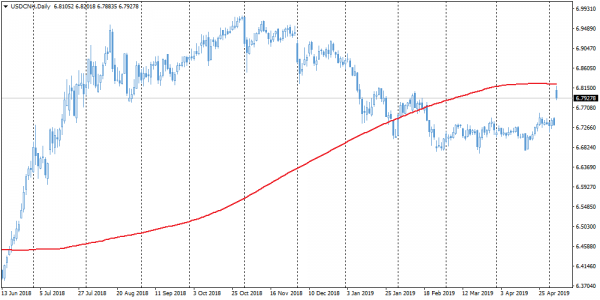