The Canadian dollar was trading lower against the greenback on Tuesday after a surprise jump in retail sales data could give some breathing room to the Fed. The US central bank has been telegraphing an interest rate cut at the end of the month but improving fundamental indicators could make the overall move a tactical one, and not a deep as the market once believed. 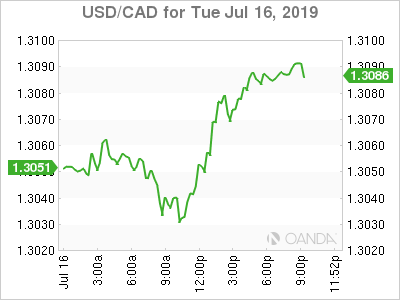 Oil prices tumbled as Middle East tensions eased as the US and Iran appear to be ready to negotiate, although uncertainty remains on how willing both parties are to a compromise. Weather disruptions took a back seat as platforms affected by a tropical storm are on their way to getting back online offering no support for crude. US inventories on Wednesday will be a crucial data point for energy traders with the API printing another drawdown, but a lower one last week.

The US dollar was higher across the board against major pairs. The Canadian dollar was the best performer against the dollar and finished with a loss of 0.18 percent, while the pound registered a 0.88 percent drop as the Conservative leadership race is putting a no-deal exit back on the table. 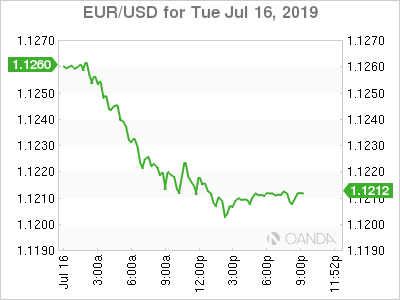 The surprise retail sales indicator in the United States is putting a big question mark on the number of interest rate cuts the Fed can get away with. A July rate cut of 25 basis points is fully priced in but improving fundamentals could give some breathing room to the Fed, despite the wishes of the White House.

Fed members have been actively telegraphing the Fed’s intentions, but while they have agreed for a need for easing the size of the cut is still up for debate, although once again a stronger US economy makes a case for a more tactical rate cut.

Oil prices tumbled on Tuesday as Middle East tensions eased after comments from US Secretary of State Mike Pompeo about Iran’s willingness to negotiate. Previously Iran had a more aggressive stance, but after President Hassan Rouhani said on Sunday that Iran is ready to hold talks if sanctions were lifted, a diplomatic avenue thought to be exhausted came back into play although it did so at the same time of the threat of higher uranium enrichment. Tensions could still flare up as Iran denies it is ready to negotiate on its missile program. 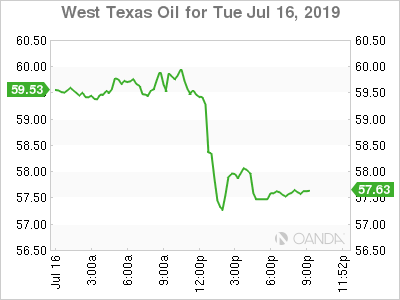 Weather related supply disruptions in the Gulf of Mexico affected around 70 percent of production in the area, but it will slowly get back online, but could lead to lower stock data this week.

Easing of tensions between the US and Iran, mixed Chinese growth data and storm hit operations getting back online are all pressuring oil prices downward.

US weekly stocks are forecasted to show a drawdown of 2.7 million barrels, only another big surprise to the downside could get oil prices out of the current range as a strong dollar and less uncertainty are keeping crude under pressure.

Gold lost 0.59 percent on Tuesday after the US retail sales defied expectations and gained 0.4 percent on a 0.1 percent forecast. The strong retail data point puts into question the number of rate cuts by the Fed this year.

The July FOMC meeting is likely to end with a rate cut announcement, but the size of the cut and the future path of the central bank appears to be up in the air, and positive US data decreases the chanced the Fed will do much beyond two rate cuts this year. 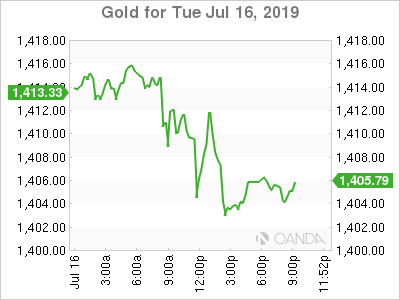 US President Trump’s comments on a deal with China as being far off, did keep gold trading above $1,400, but is US economic indicators continue to improve it could put further pressure on the metal.

The stock rally faced a perfect storm on Tuesday, as the dollar rose after a stronger retail sales data point that puts in question the number of interest rate cuts by the Fed, President Trump saying a trade deal with China is not close and mixed earning reports from financial institutions. 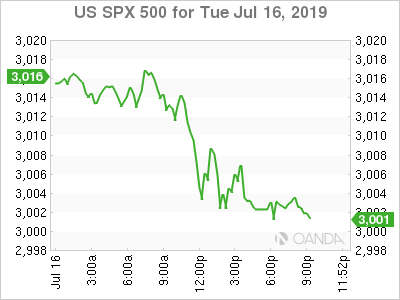 Bitcoin dropped below $10,000 after the US Senate banking committee put Facebook’s Libra project under the microscope.

Libra could be the quickest way to quicken a broad adoption of cryptocurrencies, but Facebook has been under fire for invasion of privacy concerns and the Senate inquires could go from positive to negative for Bitcoin. 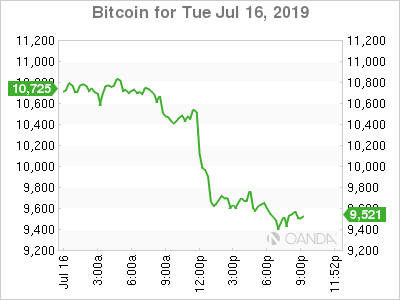 Gold and Silver Slip as US Dollar Rebounds