US equities are struggling for direction as investors weigh President Trump’s latest tariff threat to China, Fed chair Powell’s dovish reiterations, and a mix bag or earnings results. Tuesday’s price action saw equities remember that Trump could easily become tariff man and put pressure on the tentative trade truce that was reached at the sidelines of the G20 summit last month. Trump’s comments are likely to be political posturing that is aimed at putting more pressure on coming through on their promise to make more purchase of US agricultural products. Yesterday’s Fed speak did little to sway markets as the recently better than expected labor, inflation and retail sales data scaled down rate cut bets over the next year. Unless we continue to see some further US data deterioration, we may only see 50-basis points in rate cuts this year. After the close, railroad giant, CSX reported dismal earnings that saw shipments fall due to bad weather and the US-China trade war effects to global demand. They trimmed their full year revenue outlook, while affirming their capital expenditure forecast. Yesterday, also saw JB Hunt Transport Services deliver upbeat results. If most transportation stocks struggle, it will be difficult for investors who follow Dow Theory to keep pushing stocks to record highs.

Crude prices remain vulnerable as global demand concerns returned on Trump’s tariff threat and after the API reported that US crude stockpiles dropped only by 1.4 million barrels. It seems the rally stemming from increased tensions in the Persian Gulf is taking a backseat for the time being after Iran signaled the door is open for negotiations if Trump lifts sanctions he put in place in 2017. Energy markets could come further under pressure if today’s EIA report delivers a smaller than expected drawdown with crude stockpiles. 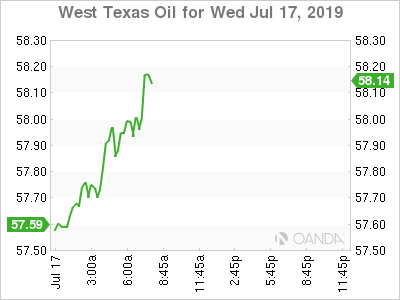 The bullion rally is taking a break on the strong dollar and Fed rate cut uncertainty. A recent wrath of better than expected US labor, inflation and retail sales is putting a dent in demand for safe-havens. Gold is still in a bullish trend and could see its upward momentum return on disappointing earnings results and lack of progress on the trade front. If US equities resume the march for fresh record highs, gold should still find strong support around the $1,380 an ounce level. 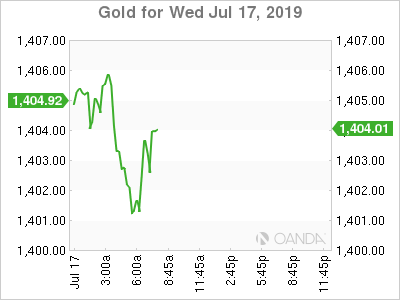 Governments and central banks have their eyes on cryptocurrencies and the toughened regulatory environment will put a cap on the recent rally. Yesterday, Senate Democrats and Republicans agreed on something. They are extremely skeptical on Facebook’s Libra. The problem is mainly that Facebook is too big and if they did create their own digital currency that was backed on fiat currencies and government bonds, it would create massive pools that could leave the global economy vulnerable in times of crisis.

Bitcoin will likely survive this recent onslaught of negative news as US brokerages remained committed to offering crypto trading services and as mainstream commerce makes strides to accepting digital coins. 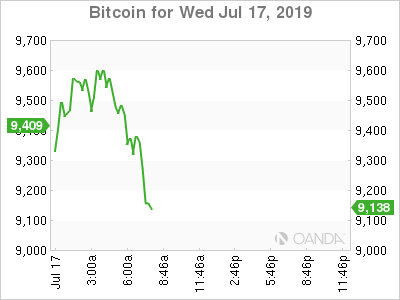