Markets are slowly grinding higher as yesterday’s slump disappears following some stability with bond yields. A significant rally however will be difficult until traders have clarity on the Fed’s policy path. Today’s release of the FOMC minutes could show how the risks related to global trade could warrant further rate cuts, but traders will likely pay more attention to Fed Chair Powell’s speech at Jackson Hole on Friday.

Germany’s auction on a new 2050 bund was met weak demand as investors remain bearish on the growth prospects in the short-term and on uncertainty as to how aggressive the ECB will be with a new wave of easy money coming into markets next month. With the whole German yield curve now in negative territory investors will have to think hard if they want to pay Germany to loan them money out for 30 years. 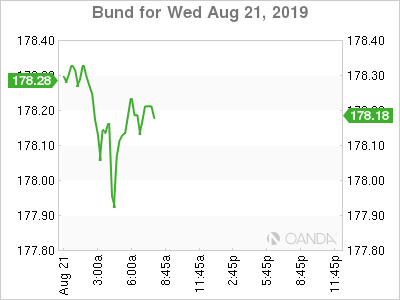 Oil prices are rallying on some tightness with the supply side of the equation from both the US and Canada. Crude prices started to rebound from a bullish API stockpile report that could signal the largest Cushing draw since February 2018, if the EIA validates it. Yesterday, Alberta decided to extend their crude oil output cuts by a year. With Canadian heavy crude restrictions being extended, we should see US refiners should struggle to fill the void from lowered shipments from Mexico and Venezuela.

The biggest risk to crude prices is if Fed chair Powell disappoints at Jackson Hole on Friday and doesn’t signal more easing will be coming. The longer-term outlook still looks suspect for oil but rising expectations for a trifecta of stimulus from the US, Europe and China, should keep prices supported in the short-term. Oil will struggle to breakout much higher until trade war concerns are firmly alleviated between not just the US and China, but the US and Europe. 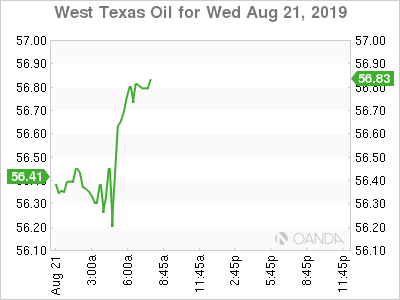 Gold remains the best hedge for portfolio managers as investors fret over going into cash. A plethora of stimulus is about to hit the markets after summer ends and gold could see strong wide-range support. The never-ending US-China trade war has recently been the backbone to gold’s rally and we could see further support from the US-Europe trade spat which should heat up at this weekend’s G7 summit. 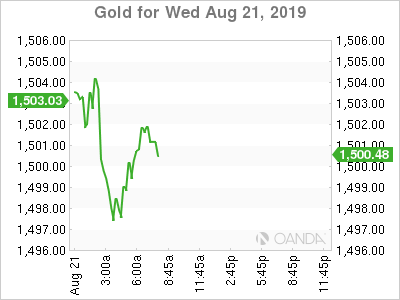 Bitcoin is under pressure and appears set to consolidate once again below the $10,000 level. Cryptocurrencies are facing an uphill regulatory battle and could see some harsh criticism at the G7 summit this weekend. A big risk to digital assets is if we see a united front from the G7 to crackdown on cryptocurrencies until they agree upon on how to regulate them. 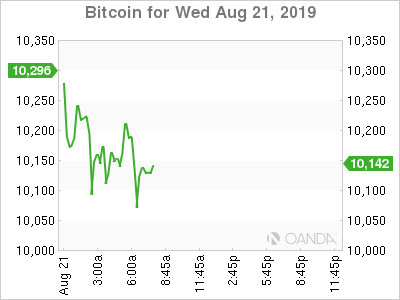