The European Common Currency traded sideways against the US Dollar, following the US Durable Goods Orders data release on Friday at 12:30 GMT. The EUR/USD exchange currency rate lost 5 pips or 0.05% right after the release. The Euro continued trading at the 1.0932 level against the Greenback.

Census Bureau released the US Core Durable Goods Orders data, which came out better-than-expected of 0.5% compared to the forecast of 0.2%. Note that the US Personal Spending data was released at the same time.

Orders for long-lasting goods increased gradually in August. However, the advance was mostly military-related, thus, unlikely to remain. Demand was weak in the majority of key industries. 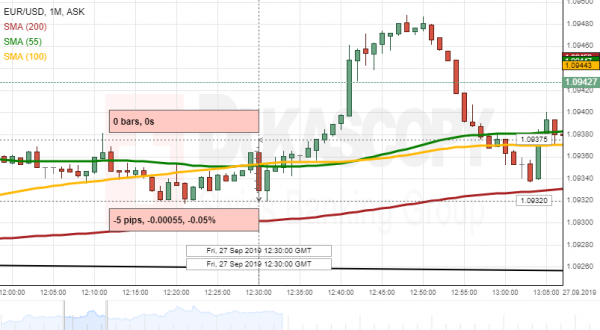