Soundbites overnight have added to the edgy atmosphere between US and China leading into talks set to resume on October 10 in Washington. These headlines, which we add to a frenzy of other ones seen through the week, further clouds market judgment and drives defensive positioning around the likely path forward. As a recap of the major talking points we’ve seen leading into this week:

USDCNH breaches 7.163 and looks to trend towards all-time highs of 7.196 off the back of the latest SCMP reports which suggested “there’s not too much optimism” at the present time between the two camps, questioning whether “it’s still necessary to continue talks if the US raise tariffs further”. Despite the heightened uncertainty, we still see USDJPY around the 107 level which does suggest all hopes of a trade aren’t completely off the table yet. 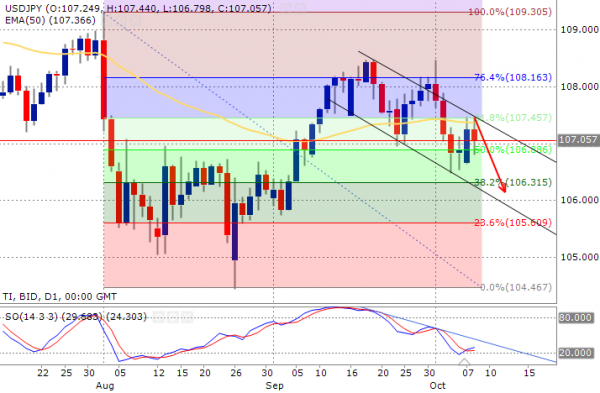 Last night’s publishing of two major reports by the BIS around unconventional policy proved to be muted for price action but importantly brings into question when and if the RBA might go down that pathway. The reports, written by a BIS Committee on the Global Financial System, coincidentally enough names RBA Governor Phillip Lowe as its Chair.

In it RBA Gov Lowe concludes that “one key lesson is that tools are most effective when used together with a broader set of policies, like fiscal and prudential measures”. Lowe therefore appears as a proponent for unconventional policy though when this would be isn’t explicitly clear. What we do know is that RBA members have raised the topic before about unconventional policy saying, “we’d need to be very close to zero to do that [unconventional policy]”. As a result, it’s highly like we’re still a while away from doing something like QE but not as far away as you think. Unconventional monetary policy would flatten medium-term rates and put downward pressure on AUDUSD.

A number of headlines hitting the UK wires saw GBPUSD fall precipitously 100 pips from mid NY session. Markets took stock of the elevated no-deal risks driven by Reuters suggesting “unless the EU compromises and does a Brexit deal shortly, then the UK will leave the US without a deal”. There also moves lower following the call between British PM Boris Johnson and Chancellor Johnson. GBPUSD currently trades at 1.222 having found some support on multiple tests of 1.22.