Barnier Taking Sterling For a Ride

Michel Barnier is taking sterling for a ride this morning, with the regular flow of commentary highlighting the sensitivity of traders to Brexit deal prospects.

Early in the day, sterling soared on reports that Barnier views a deal as possible this week, only for this optimism to be crushed by other reports that he doesn’t believe the latest proposals from Britain are enough. I can’t help but wonder if he’s just having some fun at our expense. 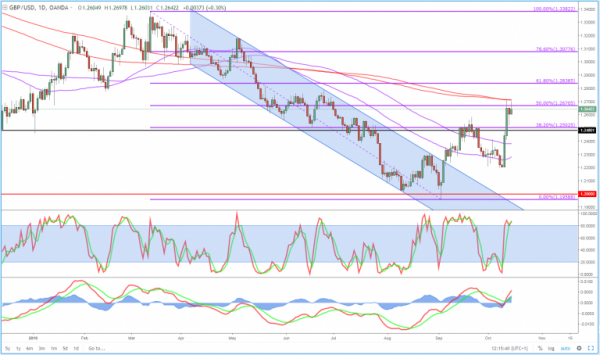 With talk already appearing of emergency EU summits, I’m not optimistic that this week’s EU council meeting is going to end in smiles and handshakes. With Boris’ hands seemingly tied though, how the next days and weeks play out is difficult to predict but let’s face it, when have these things ever been straightforward?

Predictably, there wasn’t much interest in the UK data this morning. Unemployment in the UK ticked higher while earnings growth slipped slightly to, a still very healthy, 3.8%. Meanwhile, sterling traders shrugged and went back to monitoring their Brexit headline ticker in the hope that more unnamed sources had juicy Brussels gossip. Ultimately, unless the data changes dramatically, it’s borderline irrelevant compared to Brexit negotiations.

Gold is higher for a second day but I don’t think bulls will be jumping for joy. Gains have been very modest and the yellow metal continues to look very vulnerable to further declines after $1,480 once again came under pressure late last week. Doubts over the US-China trade agreement have dragged a little on sentiment which has lifted gold markets.

Ultimately though, while traders weren’t impressed by the lack of consistency in the messaging from both sides, it does still look like something will be signed before the year is out that will de-escalate the trade war for the first time. The details will be key though. 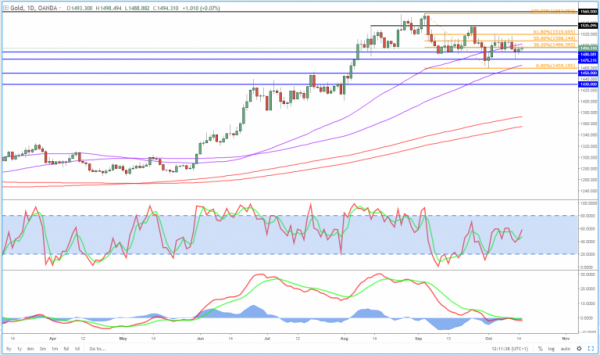 Oil prices are coming off a little after being lifted by Friday’s trade announcement. The global growth outlook is the clear primary driver in oil markets at the moment, despite the occasional geopolitical distractions that cause temporarily spikes. That may be complacent, but if we’re heading for recessions in some major economies, that will have a significant impact on the demand outlook in a market that is already oversupplied. WTI has held around $50.50-51.50 whenever tested this summer and remains the key level here. 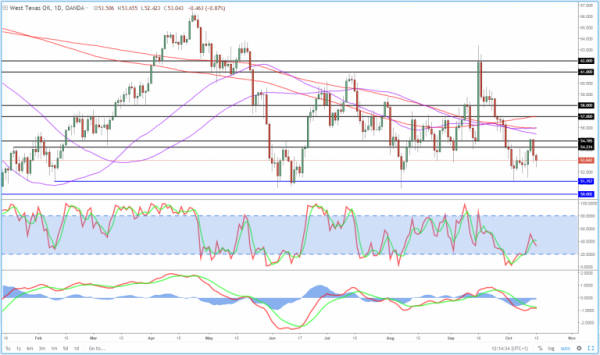