‘The most interesting thing is crude oil production was down … which is a significant decline given the increases in previous weeks.’ — Andrew Lipow, Lipow Oil Associates

Pending home sales in the United States dropped for the third consecutive month in May, official figures revealed on Wednesday. The National Association of Realtors reported that pending home sales fell 0.8% last month, following April’s downwardly revised drop of 1.7% and falling behind market analysts’ expectations for an increase of 0.9%. According to Wednesday’s data, supply shortages mainly drove the fall. The supply of homes available for sale dropped more than 8% year-over-year in May. Other data released on Wednesday showed that US crude oil inventories rose 0.1M barrels in the week ended June 23, following the prior week’s drop of 2.5M barrels, whereas analysts anticipated a drop of 2.1M barrels during the reported week. Meanwhile, weekly production declined 100K barrels per day to 9.3M bpd, marking the largest fall since July 2016. However, some analysts suggested that the production decline was temporary and was triggered by the Cindy Storm in the Gulf of Mexico and maintenance works in Alaska. Despite the unexpected US crude inventory build, oil prices rose shortly after the release. 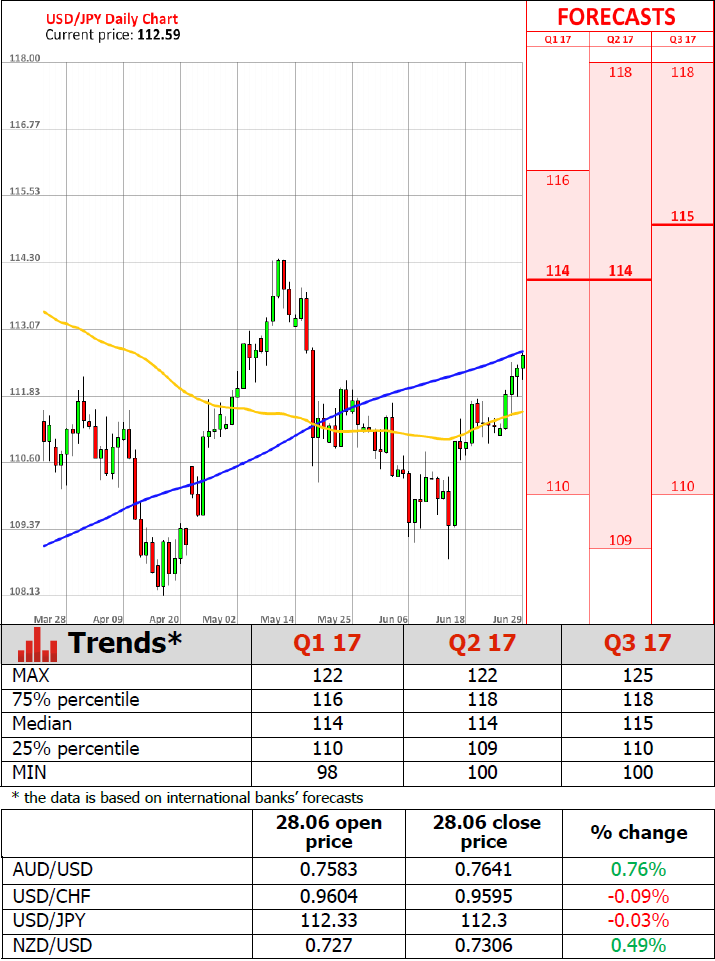