The Bank of England released the UK Official Bank Rate data, which came out in line with the expectations of 0.75%.

According to the official release: “The Monetary Policy Committee will, among other factors, monitor closely the responses of companies and households to Brexit developments as well as the prospects for a recovery in global growth. If global growth fails to stabilise or if Brexit uncertainties remain entrenched, monetary policy may need to reinforce the expected recovery in UK GDP growth and inflation.” 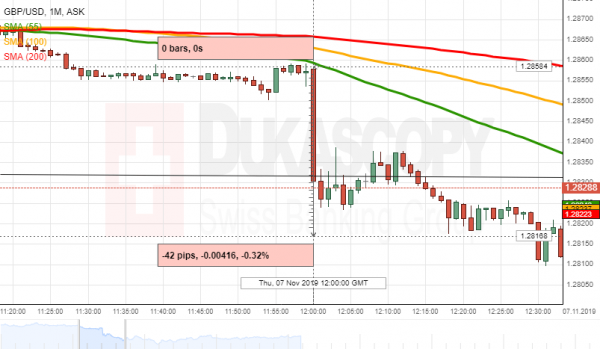