COVID-19 has spread outside of China, which presents more risk to American supply chains. The economically important U.S. transportation equipment industry has high exposure as well.

Japan and Korea Are Also Important for the U.S. Supply Chain

News this weekend suggests that COVID-19 is starting to spread outside of China, with the number of confirmed cases in Japan and South Korea jumping. Although China claims the top spot as the most important country for American imports (more than $450 billion in 2019), the United States imported more than $140 billion worth of goods from Japan last year and nearly $80 billion from Korea (top chart). Together, these three countries accounted for more than 25% of total American imports last year.

As we noted in a recent report, there could be supply chain implications for American businesses if Chinese factories shut down for any significant length of time and similar considerations hold for both Japan and Korea. So what type of goods does the United States import from these countries?

As shown in the middle chart, nearly 60% of furniture imports originate from these three countries with China accounting for the vast majority. Because furniture is generally a final good (i.e., it is not used in the production of other goods), there would not be significant supply chain implications in the United States if furniture factories in China, Japan and Korea were to shut down for a significant length of time. But the United States imports more than 50% of its computer and electronic products, some of which are used as intermediate inputs, from China, Japan and Korea. These three countries are also important suppliers of electrical equipment, plastics, fabricated metal products, and machinery, to name a few.

The bottom chart focuses exclusively on the size of American industries and the inputs used in those industries. As shown by the dot in the southeast corner of the chart, the chemical industry accounts for more than 12% of industrial production in the United States. A shutdown in this industry would have devastating consequences for overall American industrial production. But the industry sources only 3% of its inputs from China, Japan and Korea, so it is not overly exposed to these countries.

However, the transportation equipment industry is more vulnerable. Not only does it import roughly 7% of its overall inputs from China, Japan and Korea, but it has a 10% weight in overall U.S. industrial production.

A prolonged production halt in these countries could therefore have adverse effects on the U.S. transportation sector and total U.S. production. As we mentioned in our previous report, high levels of input inventories should help cushion the hit to U.S. output in the near-term. The same holds true for the transportation sector, where input inventories stand near all-time highs. As producers inevitably drawdown inventories, however, they will become more at risk to supply chain bottlenecks as a result of the virus.

U.S. output exposure remains manageable, with only a few industries both importing a sizeable share of inputs from the exposed countries and representing a large share of production. But, the situation remains quite fluid, and we will continue to monitor the implications of the viruses spread. 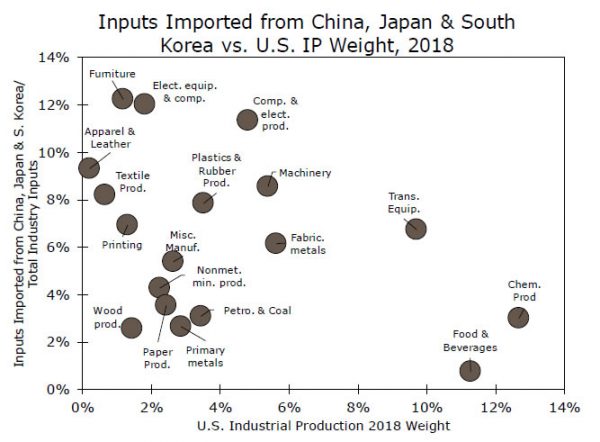 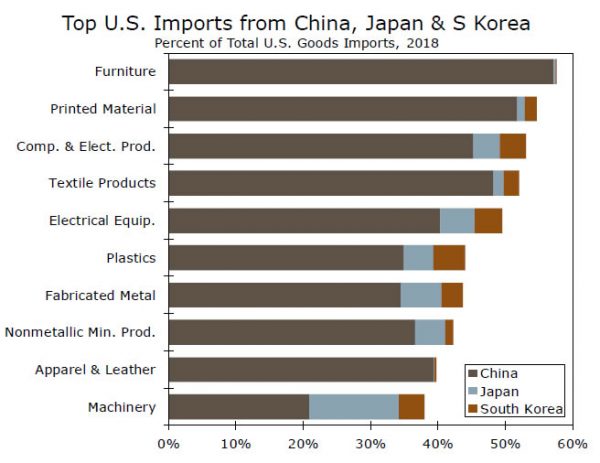 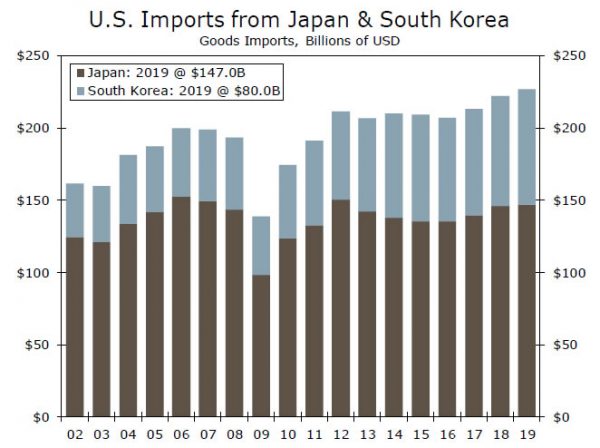 Japanese Yen Trading On A Weaker Footing This Morning