The March PMIs gave a first piece of evidence that the euro area economy is heading for a steep recession. The service sector, which has so far borne the brunt of the virus containment measures, registered the sharpest fall in activity on record. The manufacturing sector – long the weak spot of European growth – on the face of it seems to have weathered the Chinese supply-chain disruptions and domestic lockdown measures a bit better. However, a closer look at the sub-indices reveals that the situation for manufacturing is worse than the headline index suggests. Supply-side disruptions are causing delivery times and stocks of purchased components to move in the opposite direction to what we usually expect in a downturn, artificially boosting the aggregate PMI. Hence, a look at sub-indices such as new orders reveals a more accurate picture of the state of industrial activity and here the outlook remains bleak. 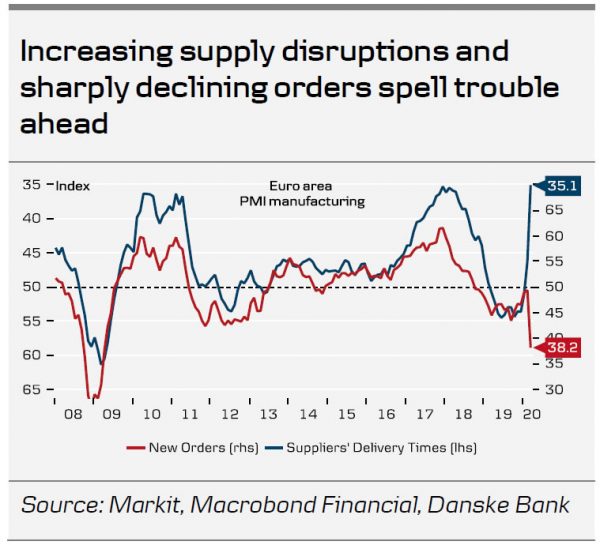 Bad news also comes from the inflation and labour market front. Normally, more widespread supply-chain delays would see prices rise but it seems the negative demand effect is outweighing this. Average prices charged for goods and services fell for the first time since August 2016, registering the steepest decline since January 2010, as companies offered discounts to boost sales and reduce inventories and similar discounting was also reported in services. The unprecedented collapse in demand and business sentiment prompted the largest monthly cull in staffing levels since July 2009. 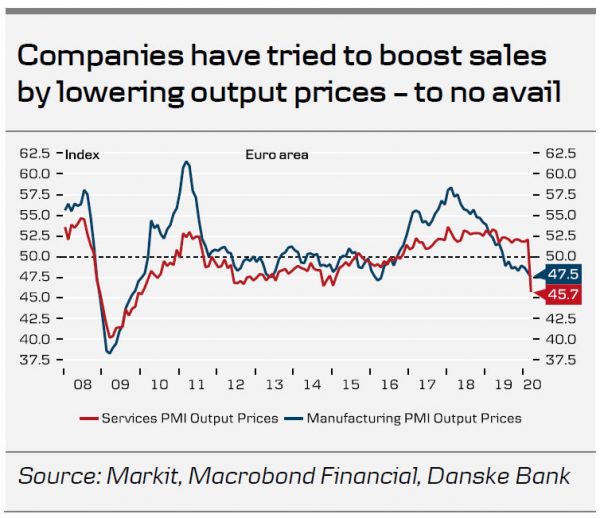 Overall, the March PMI points to a growth contraction of around 2% q/q. With many government containment measures stepped up in the past few days (e.g. in Germany and Italy) and production closures in industry and the important car sector only just starting to bite, further PMI declines in coming months seem likely to us. 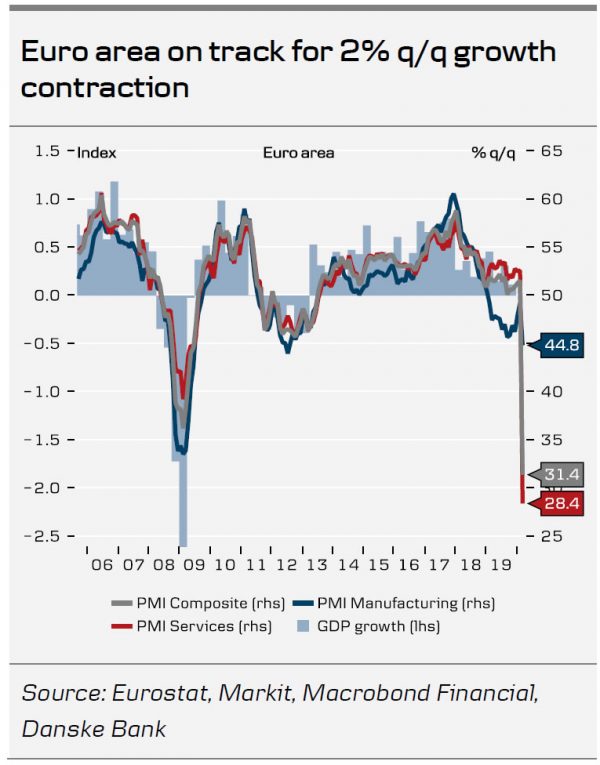 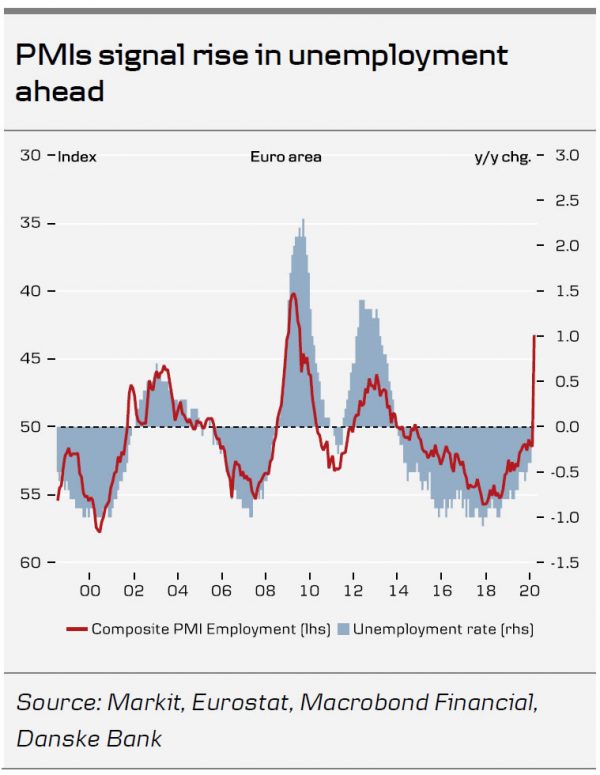 With Europe’s economy in freefall and more countries jumping on the train of lockdown measures, the economic cost of the coronavirus crisis is accumulating by the day. Following a contraction of around 2.0% q/q as signalled by the PMI, we look for a sharp slump in Q2 that dwarfs even the contraction seen during the global financial crisis in 2008/09. Reflecting the latest economic data and downward revisions in our outlook for the US economy, we lower our annual 2020 forecasts for Germany and the euro area to -2.8% and -3.2%, respectively. Our forecasts assume some mitigation of the economic fallout from expansionary fiscal policy responses (see The Big Picture – Global fiscal and monetary responses to COVID-19, 20 March), which have been stepped up across the euro area, notably in Germany, which yesterday announced a package of unprecedented scale (see chart on the right). 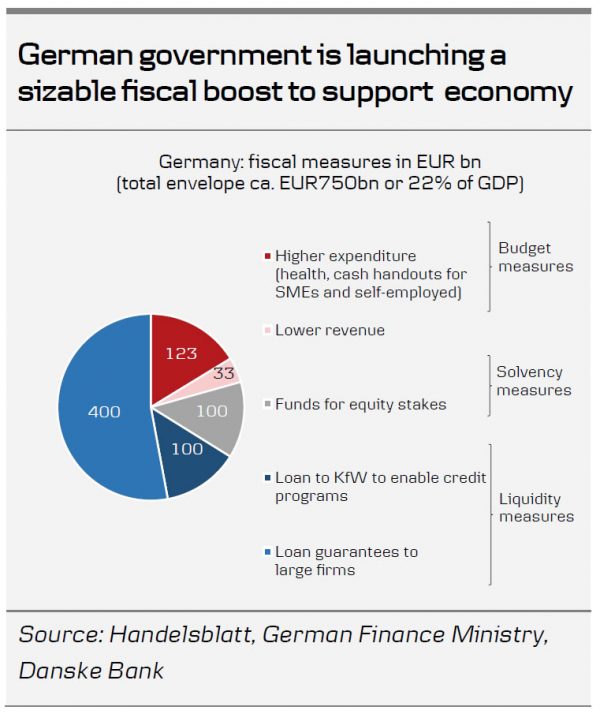 The sizeable but, in our view, temporary economic slowdown will also leave its marks on labour markets and we expect unemployment to increase by some 2m in coming months. However, flexible work schemes such as ‘Kurzarbeit’ and liquidity measures for companies will be important safeguards to avoid a large-scale labour market crisis in our view.

Our forecast assumes a gradual opening up of the economy throughout the course of Q2, followed by a strong rebound in growth in Q3, as the policy response has been much more forceful and upfront than in the global financial crisis and consumers’ disposable income is also likely to benefit from lower oil prices. However, uncertainty is extraordinarily high and we expect the economic costs of the shutdown to rise exponentially with its duration, as a recent Ifo study amply illustrates.

The Tale of Two Recoveries: Canada Versus the U.S.

Eurozone PMIs: Putting A Double-Dip Recession On The Map?