The economic and inflation outlook were broadly as expected. The economic activity should record a ‘firm rebound’ in the course of 2021 on the back of the vaccination campaign. At the same time, fiscal policy measures supported firms and households. ECB saw signs of bottoming out in services albeit ‘restrictions on mobility and social interaction still limit activity in the services sector’. On the inflation side, we did not see any news. Inflation continues to be driven by transitory and base effects this year while underlying inflation is still subdued. ECB did take note of the rise in market based inflation expectations. Financing conditions ‘remained broadly stable recently… but risks to wider financing conditions remain’. Lagarde did also highlight the expected tightening of credit standards by banks as shown in the recent bank lending survey.

As we discussed in our ECB Preview-An appetizer for the June meeting, 15 April, today’s meeting was mainly an appetizer for the discussions in June. We see the current monetary policy stance as paving the way for ECB to reverse its bond buying to around EUR60bn/month during the summer period. There was no communication about what ‘significantly’ higher volumes means exactly. Lagarde said that tapering PEPP discussions was premature.

This means that at the June meeting the PEPP purchases will be set according to ECB new staff (inflation) projections and the financing conditions. As data has come in in line with expectations since the March meeting we expect the PEPP volume to revert to around EUR60bn/month. 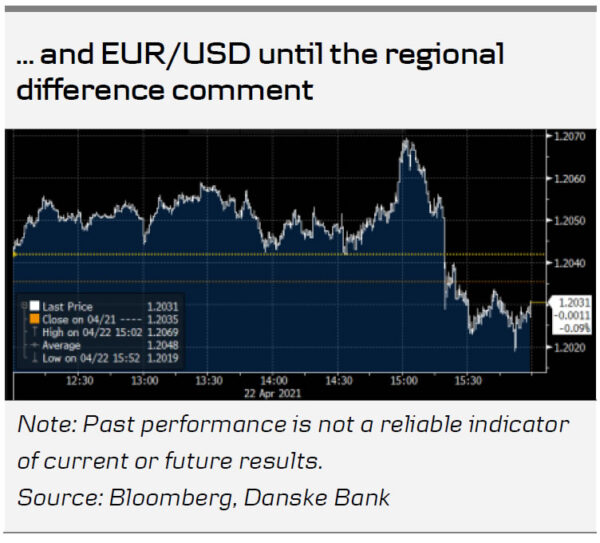 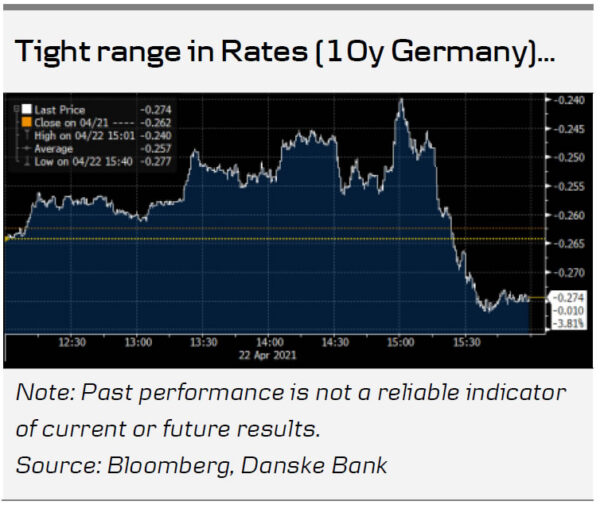