Cryptocurrency prices declined further during the weekend after signs emerged that the United States will tighten regulations. In an interview with the FT, the head of the Office of Comptroller of Currencies (OCC) said that she hoped that the regulator will set the parameters necessary to regulate the industry. That is a break away from the Trump administration, which in some ways encouraged cryptocurrency use in the financial industry. The statement came as the number of ransomware attacks have increased. This month, hackers managed to cripple the Colonial Pipeline and recently, Microsoft warned of another attack from Russian hackers. Bitcoin is trading at $34,600 while Eth is trading at $2,300.

The Australian dollar rose in early trading after China published mixed PMI data. In a statement, China Logistics showed that the non-manufacturing PMI increased from 54.9 to 55.2 in May. In the same period, the manufacturing PMI declined from 51.1 to 51.0, worse than the expected 51.1. As a result, the composite PMI rose from 53.8 to 54.2. The manufacturing sector weakened slightly because of ongoing logistics challenges and higher commodity prices. Chinese numbers have an impact on the Australian dollar because Australia sells most of its goods to China.

The Japanese yen gained against the US dollar after strong retail sales numbers from Japan. Data by the statistics agency showed that the overall retail sales jumped from 5.2% in March to 12.0% in May, year-on-year. This annualised increase was better since retail sales declined sharply when the pandemic started. Data also showed that the industrial production increased from 1.7% in March to 2.5% in April. The currency will react to the household confidence and construction order numbers that will come out later today.

The EUR/USD rose slightly when the market opened today. It is trading at 1.2200, which is substantially higher than last week’s low of 1.2130. On the hourly chart, the pair seems to be forming an inverted head and shoulders pattern, which is usually a bullish sign. It has also moved above the 25-day moving average while the awesome oscillator has moved above the neutral level. The pair may keep rising as bulls target the next key resistance at 1.2250. 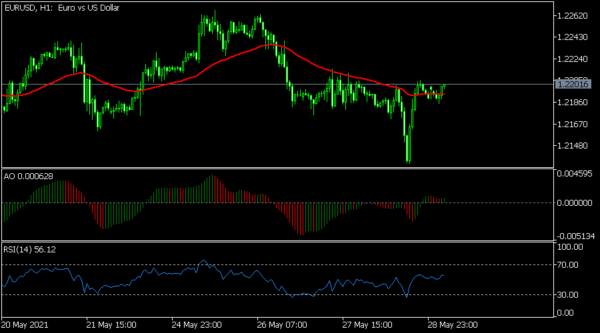 The AUD/USD pair rose to a high of 0.7727 after the latest China PMI numbers. On the four-hour chart, the pair managed to move above the lower line of the rectangle pattern. It also moved above dots of the Parabolic SAR and the 38.2% Fibonacci retracement level. It is also attempting to move above the 25-day and 15-day moving averages while the Relative Strength Index (RSI) has risen to 47. Therefore, the pair may keep rising, with the next target being 0.7750. 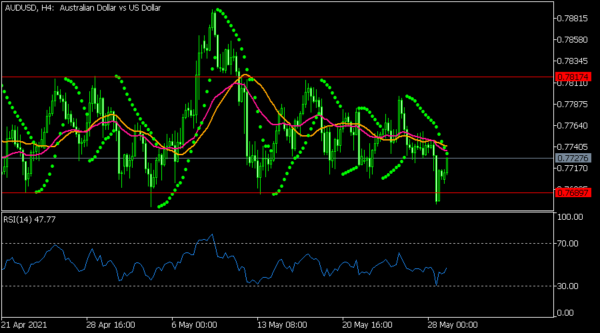 The BTC/USD pair declined to below 35,000 during the weekend. On the four-hour chart, the pair has moved below the 23.6% Fibonacci retracement level and the 25-day and 50-day exponential moving averages. The RSI has also dropped from last week’s high of 53 to today’s 35. Therefore, the pair may keep falling as bears target the next key support at 34,000. 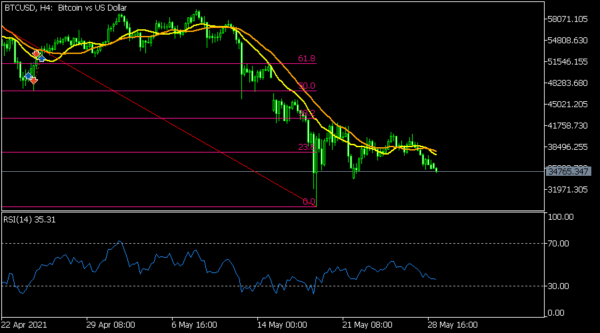