US Futures Rise As Meme Srocks Like AMC Surge

US futures continued their upward trend during the Asian session as traders remained optimistic about the recovery of the American economy. Dow Jones futures rose by 25 points while the S&P 500 rose by 5 points. The focus remained on so-called meme stocks that continued to soar. AMC shares jumped by more than 100% on Wednesday after the company made plans to interact more with retail investors. It will offer other perks like special screenings and other invitations to them. Retail investors own about 80% of the company. Other shares like Bed Bath & Beyond, GameStop, and Blackberry also soared by double digits.

The Australian dollar was little changed after the latest Australian trade and retail sales numbers. Data by the country’s statistics agency showed that exports rose by 3% in April after falling by 2% in the previous month. In the same period, imports declined by 3% after rising by 4% in March. As a result, trade surplus increased from more than A$5.57 billion to more than A$8 billion. This was better than the median estimate of $7.9 billion. Meanwhile, retail sales rose by 1.1% in April. These numbers came a day after impressive GDP data and two days after the RBA left interest rates unchanged.

The US dollar index held steady ahead of key numbers from the United States. The ADP Institute will publish the latest non-farm employment change numbers later today. Analysts expect these numbers to reveal that the economy added more than 650k private jobs in May. The data will come a day ahead of the official non-farm payroll numbers. The currency will also react to the latest initial jobless claims and Markit and ISM non-manufacturing numbers. Other important numbers to watch today will be the crude oil inventories by the EIA.

The AUDUSD pair is trading at 0.7745, which is slightly below yesterday’s high of 0.7774. On the three-hour chart, the pair is between the key support and resistance levels at 0.7690 and 0.7817. It is also at the same level as the 25-day and 15-day moving average while the RSI is at the neutral level of 50. Therefore, the pair will likely remain in this range ahead of US NFP data. 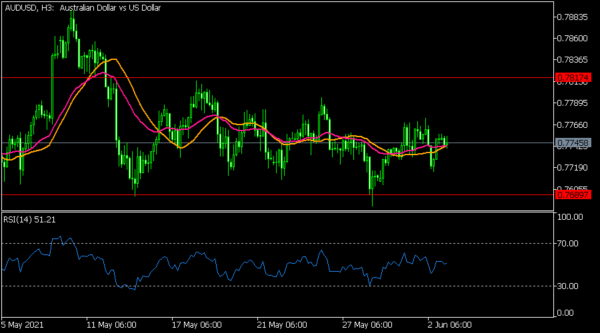 The EURUSD pair was little changed during the American session. This is possibly because traders are waiting for the official non-farm payrolls and initial jobless claims data. On the four-hour chart, the pair is at the same level as the 25-day moving average and slightly above the ascending trendline. It is also slightly below the year-to-date high of 1.2263 while the RSI is at the neutral level of 50. Therefore, the pair will likely remain in the current range ahead of the US NFP data. 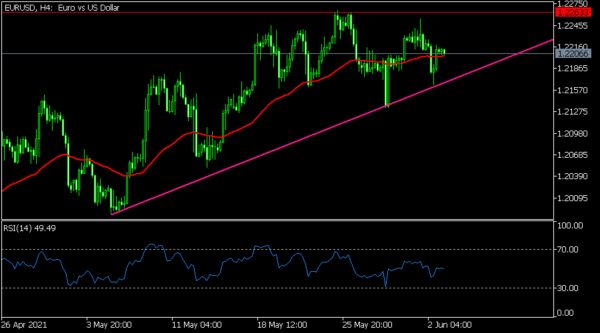 The ETHUSD pair was little changed during the Asian session. On the four-hour chart, the pair has formed a triangle pattern that is shown in pink. It moved at the 25-day moving average while the Relative Strength Index (RSI) has formed a bullish divergence pattern. The pair will likely remain in this range for a while and then make a bullish or bearish breakout. 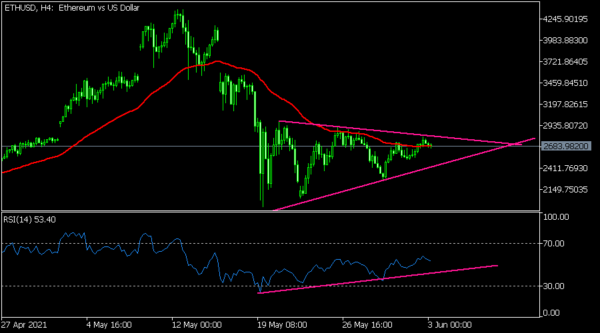