NZDUSD Spikes As RBNZ Scales Down Its Asset Purchase Program

US stocks declined while the greenback soared after the latest US consumer price index (CPI) data. The Bureau of Labor Statistics (BLS) data showed that the headline consumer inflation rose by 5.4% in June, the highest level since August 2008. This increase was mostly due to soaring prices for used cars as the sector continued facing significant supply costs. This increase was also due to the rising commodity prices, robust consumer demand, and ongoing logistics challenges. According to the WSJ, economists expect that the economy expanded at a 9.1% annual rate in the second quarter. This will be the fastest quarterly increase since the early 1980s. Therefore, the Fed will be under pressure to act in the next few months to curb prices.

The Dow Jones, S&P 500, and Nasdaq 100 futures bounced back in the overnight session after Senate budget committee approved a $3.5 trillion plan. The new package will see the government spend money to fund climate, education, and anti-poverty programs. The indices also tilted higher as the bank earnings season kicked off. Goldman Sachs and JP Morgan released strong earnings, helped by the deal making segment. Goldman made more than $5.49 billion profit on a revenue of $15.39 billion. JP Morgan, on the other hand, made a profit of $11.95 billion and revenue of $30.48 billion. This happened as the global deal volume surged to $1.42 trillion in the quarter. Later today, companies that will publish their results are Blackrock, Citigroup, and PNC Financial.

The NZDUSD pair jumped in early trading after relatively hawkish New Zealand central bank news. The bank decided to leave the interest rate unchanged at 0.25%. The key point of the decision was that the bank decided to halt its Large Scale Asset Purchase (LSAP) program later this month. It attributed this to the strong recovery of New Zealand’s economy. Later today, the Bank of Canada and Turkish Central Banks will deliver their decisions. The UK will also publish the latest inflation data while the Fed will release its Beige Book.

The NZDUSD spiked after the RZ decision. It rose to 0.7013, which was higher than this week’s low of 0.6917. On the four-hour chart, the pair moved to the upper side of the Bollinger Bands. It also rose above the 25-day moving average. Notably, it has also formed Gartley’s XABCD pattern, which is typically a bullish sign. Therefore, the pair will likely keep rising as bulls target the next key resistance at 0.7050. 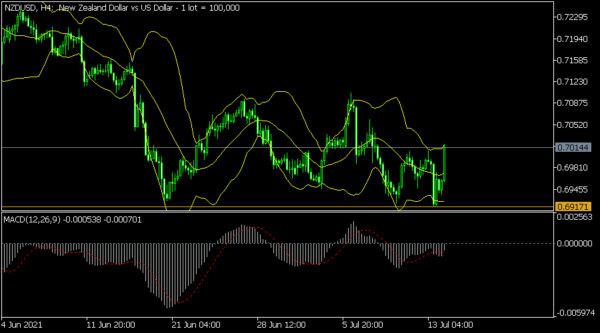 The EURUSD pair declined sharply after strong US inflation data. The pair fell to 1.1776, which was the lowest level since April 1. The pair moved below the important support at 1.1750 and the short and longer-term moving averages. The MACD and the Relative Strength Index (RSI) have also declined. Therefore, the pair will likely keep falling as bears target the next key support at 1.1700. 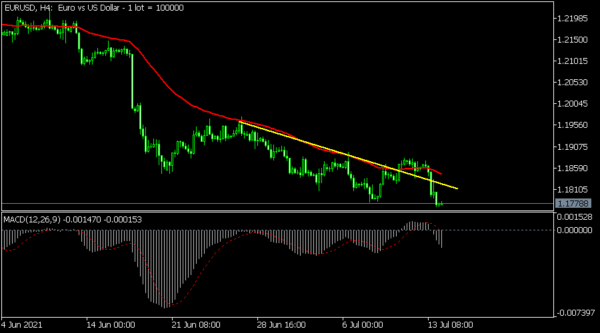 The Dow Jones declined to a low of $34,890 on Tuesday. It then erased some of those gains after the new $3.5 trillion spending package. The index remains above the 25-day and 50-day moving averages while the MACD has continued rising. As a result, there is a possibility that it will keep rising as bulls target the next key resistance at $35,000.