While Chinese equity markets have been more stable lately, the stress in credit markets for developers have continued unabated with rates on high yield credit reaching new highs by the day. As we argued in Research China – No ‘Lehman moment’ but financial stress is not over, 29 September, things had to get really bad before the government would step in with more force. However, with high yield rates (dominated by developers) moving above 20% this week, we believe Beijing is getting close to the pain threshold, where stronger measures need to be taken. Another sign of severe stress is faltering home sales as home buyers seem more reluctant to buy property from developers as long as they are not sure they are able to fulfil their obligations and deliver the apartment people put down deposit for. During the Golden Week holiday in early October, sales were down 33% y/y and by more than 40% in the big cities like Beijing and Shanghai. Developers cannot survive this kind of stress for long.

We are now seeing some easing measures to underpin home sales as big state banks were told to ease restrictions on mortgage lending and allowed to securitize the loans again. We expect Beijing to take steps soon to unfreeze the credit markets, as very few developers can survive this kind of funding and liquidity squeeze for long. One way to support the market could be cutting the Reserve Requirement Ratio and direct big state banks to start buying high yield bonds. If things calm down, buying bonds at 20% would likely turn out to be a quite favoruable investment for the banks. Private investors would also dare to start buying bonds if the government gets involved. More direct bank lending to developers is also likely to be extended, following a big break on this funding channel after regulation was tightened last year. And regulation could be eased slightly.

Peak stress is likely part of the reason why equities are rallying this week and dollar giving back some gains. However, we emphasize there is still a long way from stabilizing financial stress to re-starting the credit cycle in a similar fashion to what we have seen post-covid, or post-GFC in 09-2010. For Chinese equities, this may simply be a period of time where we see more sideways moves, awaiting the next large cyclical reboot of credit. For assets which are more indirectly linked to Chinese assets and the credit cycle, we suspect this will mean little. E.g. EUR/USD is likely still in a process of moving lower as the effects of historical Chinese tightening is moving through the global manufacturing chains. 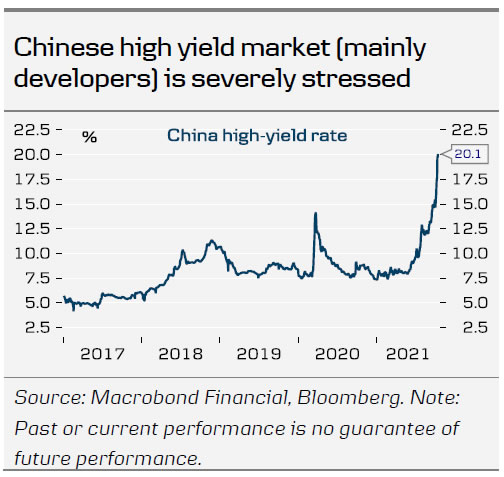 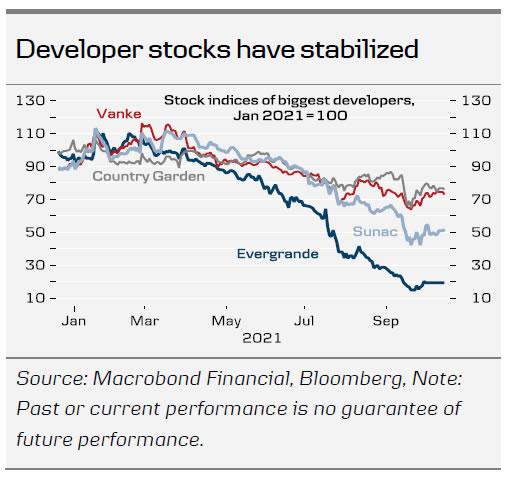 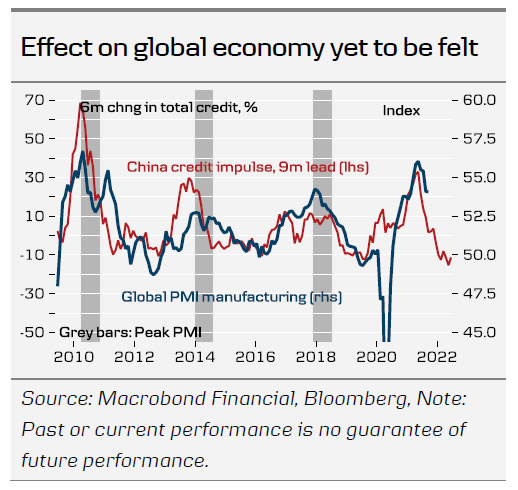