American stocks declined for the third straight day as concerns over the Federal Reserve continued. The Dow Jones declined by more than 300 points while the Nasdaq 100 fell by 350 points. Minutes published by the Fed showed that most officials were comfortable with a hawkish stance. As such, many advocated for a more aggressive policy to curb the rising inflation. Some of the proposed measures are to increase interest rates in six of this year’s meetings and to start scaling down the balance sheet in a process known as quantitative tightening. It will cut its assets by $95 billion per month. Some of the top movers in Wall Street were companies like Confluent, Workhorse, and Carvana.

The economic calendar will not have any major events today. Therefore, investors will continue focusing on the FOMC minutes and the crisis in Ukraine. Some of the key economic events will be the Switzerland unemployment rate data and Eurozone retail sales. The European Central Bank will also publish minutes of its last meeting. Also, investors will listen to speeches by Fed members Williams, Bostic, and Charles Evans.

The EURGBP pair declined slightly as the euro continued its weakness. It dropped to a low of 0.8342, which was slightly lower than last month’s low of 0.8511. It has also moved below the 25-day moving average while the price is between the lower and middle lines of the Bollinger Bands. The MACD and the Williams % Range have moved to the oversold level. Therefore, the pair will likely have a bearish breakout in the coming days. 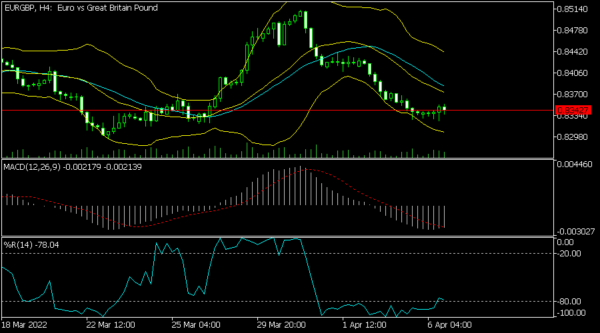 The XNGUSD pair has been in a strong bullish trend in the past few days. It rose to a high of 6.41, which was the highest point in months. It has moved above the upper side of the ascending channel pattern and the 25-day moving average. The MACD has also risen above the neutral level. DeMarker has risen above the overbought level. Therefore, the pair will likely continue rising today. 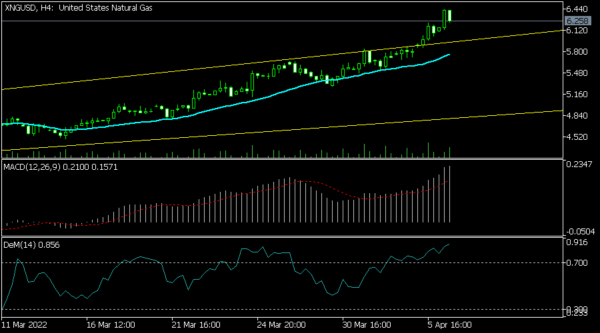 The EURUSD pair declined in the overnight session after the latest Fed minutes. It moved to a low of 1.0910, which was the lowest level since the first week of March. It remains below the dots of the Parabolic SAR and the 25-day moving average. It also fell below the 23.6% Fibonacci retracement level. Therefore, the pair will likely keep falling amid a hawkish Fed tone. 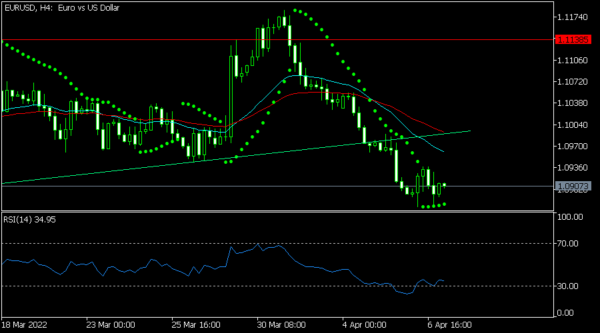