The Australian dollar remained under pressure after the country’s prime minister called for a new election in May. Scott Morrison will face off with Anthony Albanese, the leader of the center-left Labor Party. The campaign has focused mostly on the rising inflation in the country and defense. While Morrison is trailing in polls, analysts expect that the results will be close. The announcement came a few days after the Reserve Bank of Australia (RBA) delivered its interest rate decision. The bank now expects that rates will start rising in June. Analysts expect a 0.25% rate hike and two more later this year.

The euro was little changed as investors reflected on the French election. In the national election, Emmanuel Macron faced off with Marine le Pen, the right-wing politician. Results revealed that Macron had won by 27%. He was followed by Marin Le Pen, the far-right candidate who got 23% of the total vote. This means that the two will face-off on April 24 to determine the next French president. The euro also went sideways as investors focused on this week’s interest rate decision by the European Central Bank.

The British pound was little changed ahead of the upcoming important economic data from the United Kingdom. The Office of National Statistics (ONS) will publish the latest GDP numbers. Economists expect the data to show that the country’s economic growth slowed in February as inflation continued to be a contentious issue. The other important numbers the ONS will publish are industrial and manufacturing production. Further, the ONS will release the latest UK jobs and inflation numbers later this week.

The GBPUSD moved sideways as investors waited for the upcoming data by from the UK. The pair is trading at 1.3033, which is slightly above last week’s low of 1.2090. On the 4H chart, it remains slightly below the 25-day and 50-day moving averages. It has also moved slightly below the important resistance level at 1.3050, which was at the lowest point on March 28. Therefore, the pair will likely have a bearish breakout in the coming days as investors target the next key support at 1.2980. 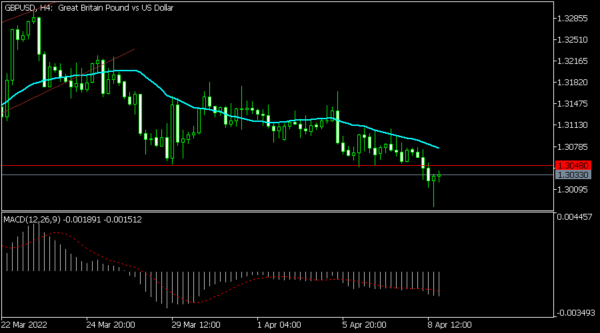 The NZDUSD pair declined to a low of 0.6840, which was the lowest level since March 18 as investors focused on the upcoming RBNZ decision. It moved below the 25-day and 50-day moving averages and the key support at 0.6827. The MACD and the Relative Strength Index (RSI) have all continued dropping. Therefore, the pair will likely keep falling ahead of the RBNZ decision later this week. 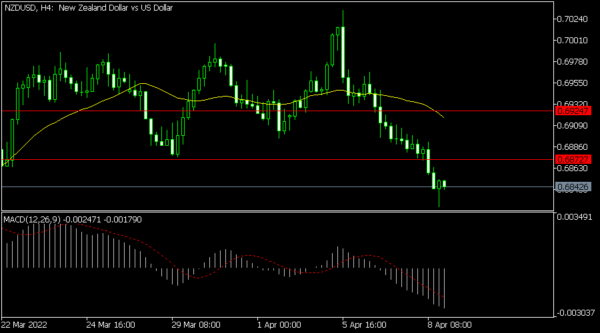 The EURUSD pair was in a tight range on Monday morning. It is trading at 1.0875, which is slightly above last week’s low of 1.0846. On the four-hour chart, the pair has moved below the short and long-term moving averages while the RSI has formed a bullish divergence pattern. Therefore, the pair will likely resume the downward trend as investors reflect on the French election. 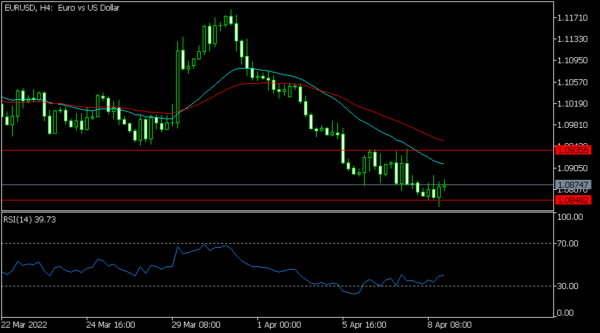