US Dollar Bounces Back, Stocks Retreat after Hawkish Powell Statement

The US dollar rose while stocks retreated after a hawkish statement by Jerome Powell, the Fed chair. In a speech at an IMF forum, Powell signaled that the central bank was likely to hike rates by 0.50% in May this year. He also noted that the bank will start shrinking its $9 trillion assets in a process known as quantitative tightening. His statement mirrored that of Mary Daly, another Fed official, who said that it was necessary to be aggressive in rate hikes. The Fed minutes published last week also showed that officials were looking forward to more hikes. The challenge is that these hikes will not help to slow inflation since it is caused by external factors like the war in Ukraine.

The British pound declined against the US dollar ahead of the latest UK retail sales data. The numbers, which will be published by the Office of National Statistics (ONS), are expected to show that sales declined by 0.3% in March while core sales fell by 0.4%. On a year-on-year basis, these sales are expected to have slowed to 2.8% and 0.7%, respectively. Retailers in the UK are facing the challenge of high inflation and logistics. Also, consumer confidence has dropped in the past four straight months. Sterling will also react to the upcoming flash PMI numbers.

The EURUSD pair erased gains it made on Thursday after the hawkish statement by Jerome Powell. On the four-hour chart, the pair is slightly above the Envelopes indicator. It also crossed the 25-day moving average while the Stochastic oscillator is pointing downwards. It also dropped below the important resistance level at 1.0923, which was the highest level since April 14th. Therefore, the pair will likely keep falling today. 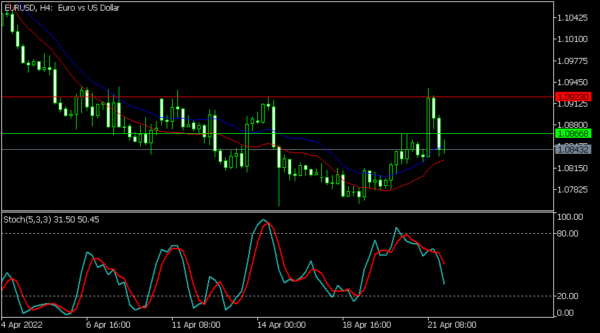 The EURJPY pair declined slightly as the recent rally paused. It is trading at 139.12, which is slightly below this week’s high of 140. The pair remains above the 25-day and 50-day moving averages while the Average Directional Movement Index. This is a sign that the bullish trend is easing. The Relative Strength Index (RSI) has also moved below the overbought level. Therefore, the pair will likely end the week in this level. 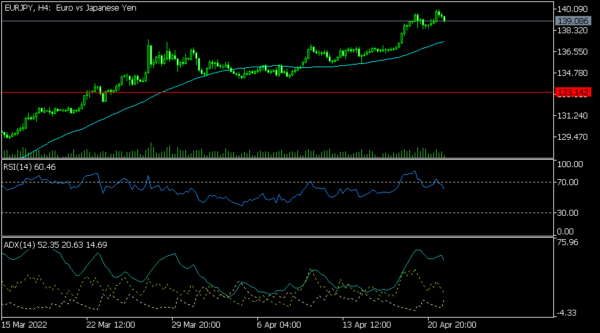 The Nasdaq 100 index declined after the hawkish statement by Powell. It dropped to a low of $13,800 even as Tesla shares jumped after strong earnings. The Bollinger Bands have widened, signaling that investors expect more volatility. It has also moved slightly below the 25-day moving average while the RSI is pointing lower. Therefore, the index will likely keep falling today. 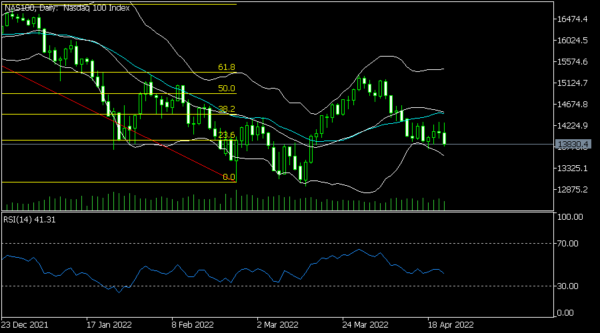