Sea of Red in US Equities as Margin Challenges Continue

American shares declined sharply as investors focused on the rising risks of inflation on corporate profits. The main catalyst for the sell-off was the latest earnings by Walmart and Target, two of the biggest retailers in the US. On Tuesday, Walmart published strong results but warned about the impact of rising prices. On Wednesday, Target said that fuel and freight costs would be $1 billion higher than where it expected. It blamed the rising fuel prices and wages. As a result, its stock crashed by more than 25%. Other retailers like Home Depot, Lowe’s, and Kroger all declined sharply. Retailers also expressed concerns that they had over hired. The Dow Jones declined by more than 700 points.

The price of crude oil declined sharply as fears of a recession continued. Investors are worried about the slowing Chinese economy. Data published this week revealed that the country’s retail sales and industrial production declined sharply in April. Oil also declined after the latest data by the EIA. The numbers revealed that oil inventories declined by more than 3.3 million barrels last week. This was a big surprise considering that investors were expecting the data to show that inventories rose by more than 1.38 million barrels. Oil also declined because of the overall weak sentiment in the market after Nikkei reported that China was considering cutting industrial production.

Concerns about inflation continued during the American session. On Wednesday, data by the UK showed that the country’s inflation jumped to the highest level in over 40 years. Additional data from Canada revealed that the headline CPI rose by a multi-decade high of 6.8% while core CPI rose by 5.7%. Meanwhile, the economic calendar will have several important events today. Earlier on, the Japanese government published the latest trade numbers while Australia delivered the latest jobs numbers. In Europe, the ECB will publish the latest minutes while in the US, the key data to watch will be the Philadelphia Fed manufacturing index.

The XBRUSD pair declined sharply over concerns about the China slowdown. The pair declined to a low of 108, which was the lowest it has been since Friday. The pair moved below the 25-day moving average while the Stochastic Oscillator has moved below the overbought level. Further, the pair has formed a triple-top pattern. Therefore, there is a likelihood that the pair will keep falling as bears target the key support at 102. 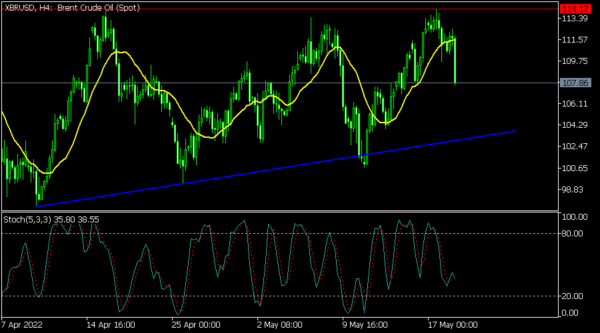 The EURUSD pair declined to a low of 1.0487, which is slightly above the middle line of the Bollinger Bands. The Relative Strength Index (RSI) has moved below the overbought level. The volume indicator has continued dropping. The pair has also declined below the 25-day moving average. The pair will likely keep falling as bears target the key support at 1.0400. 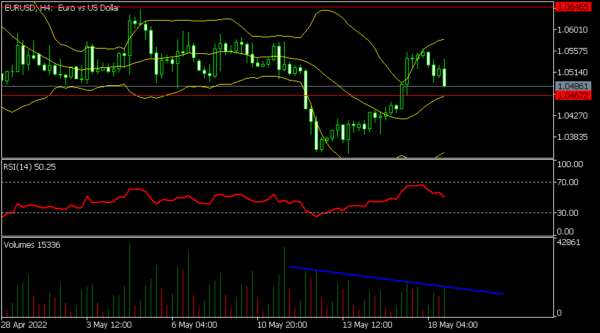 The USDCHF pair declined sharply after it tested its parity level last week. On the daily chart, the pair has moved between the middle and upper lines of the Bollinger Bands. It remains above the 25-day moving average while the MACD and Relative Strength Index have started pointing downwards. Therefore, the pair will likely keep falling in the near term. 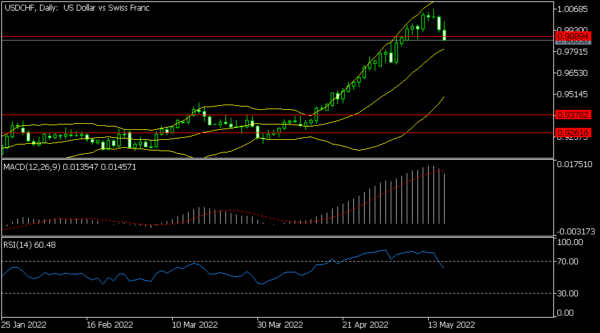